Team investigates the future role of robots in healthcare

Claiming that 3D structural sensing robots are the future of the healthcare industry, freeing up doctors and nurses for other tasks, researchers from British Columbia’s Simon Fraser University have developed two sensing robots that could potentially minimize human-to-human healthcare interactions.

According to the researchers, the two robots — a robotic arm and a humanoid robotic figure — can measure a patient’s physiological signals including heart rate, temperature, muscle tension, respiration and more. 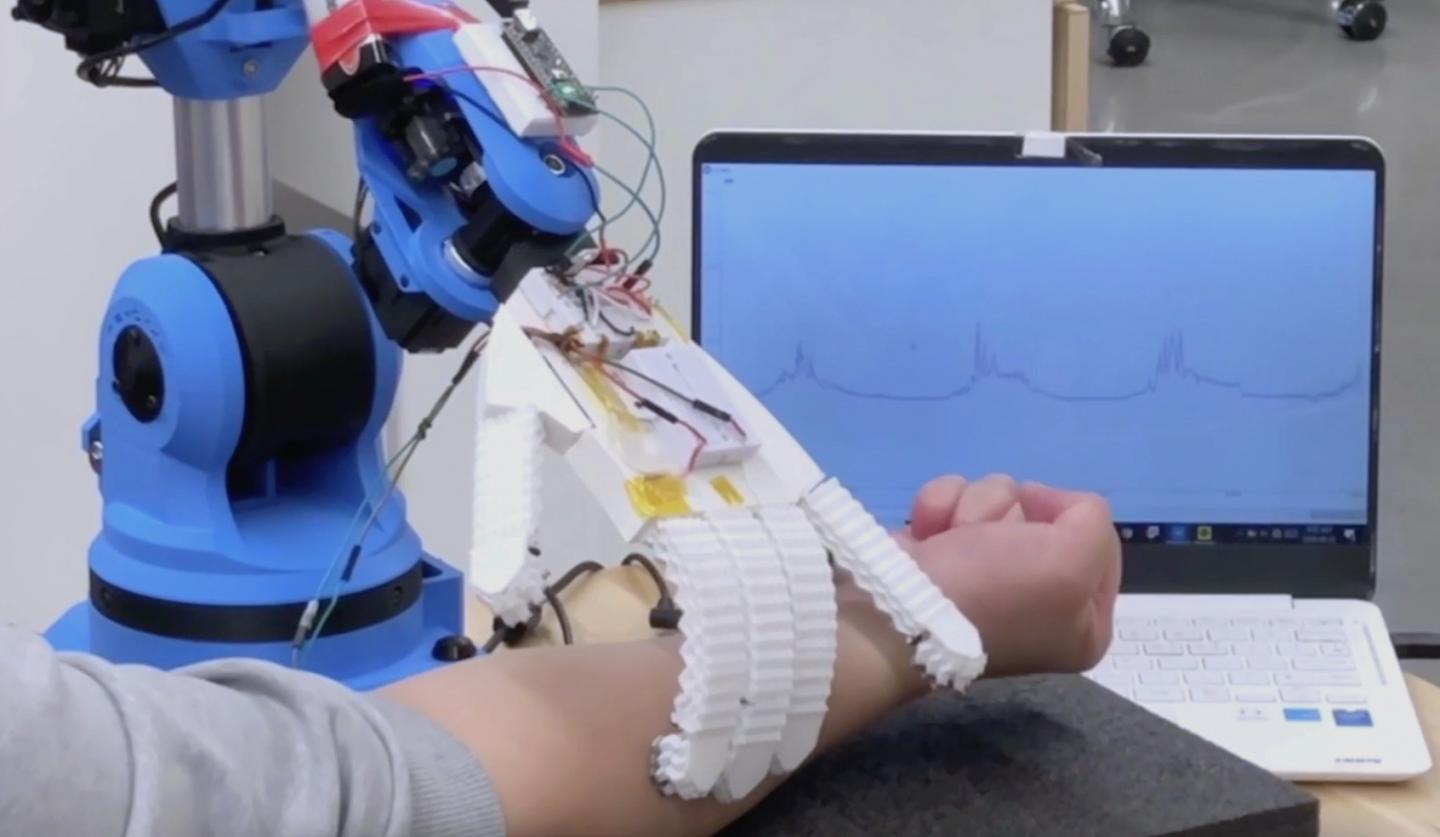 The robotic arm can take such measurements via biomedical electrodes incorporated into each of the robotic arm’s fingertips. Meanwhile, the humanoid robot can measure a patient’s oxygen levels and monitor those hospitalized with the respiratory issues that plague some COVID-19 patients.

For now, the robots only passively gather patient data, but the research team expects that eventually these robots will take over tasks such as potentially prescribing medications to patients, thereby supporting and freeing up healthcare professionals to focus on other more critical tasks.

By posting a comment you confirm that you have read and accept our Posting Rules and Terms of Use.
Advertisement
RELATED ARTICLES
This robot may soon assist nurses in healthcare settings
Leech- and origami-inspired sensor lets robots take blood pressure
KAIST researchers improve speed of robot butler
Automating healthcare: These robots are taking over surgical tasks
Robotic arm could potentially prevent the coronavirus from spreading among healthcare workers
Advertisement