Wrought iron was once an omnipresent resource. It is corrosion resistant, handles stress well and is conducive to accepting thicker finishes. Consequently, wrought iron is now scarce as mass production of mild steel by the Bessemer and Siemens-Martin processes led to its decline by replacement and substitution. Mild steels have a greater tensile strength and are available in numerous stock shapes. However, there is still a market for wrought iron primarily in ornamental fabrications and repairs.

What is wrought iron?

Wrought iron is a low-carbon iron alloy with fibrous slag inclusions. It is tough, malleable, ductile and easily welded. Highly refined iron alloy is composed of approximately 99.5% iron by mass. Silicate filaments in the slag inclusions provide for its enhanced corrosion resistance and improved fatigue rate. It is unmatched in toughness and has a higher melting temperature, but due to its low carbon concentration, it cannot be hardened by quench and temper processes.

Wrought iron is either forged or rolled into a finished product. It is tough and highly malleable - desirable traits for blacksmiths who have historically sourced wrought iron as a feedstock for numerous ornamental fabrications, including fencing, chain and hardware. It can also be cold worked or work-hardened to improve its resistance to deformation and obtain intricate details. 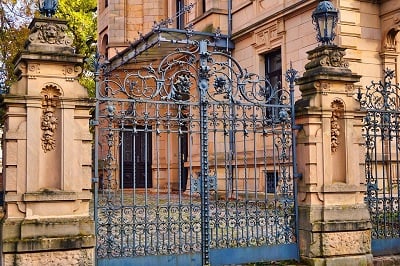 Figure 1: Wrought iron is corrosion resistant, handles stress well and is conducive to thicker finishes.One advantage of wrought iron’s low carbon content is that it increases its weldability. The increased carbon content of high strength steels lead to carbide inclusions, higher cooling rates and increases its hardenability, which can all lead to embrittlement and crack propagation. Since wrought iron has less than 0.5% carbon content, this is not a concern when welding wrought iron.

An additional trait that increases the weldability of wrought iron comes from the slag inclusions. These slag particles melt at a lower temperature and act as a fluxing agent or de-oxidizer.

Methods for welding wrought iron include forge welding, oxyacetylene welding and shielded metal arc welding (SMAW). Although wrought iron is easy to weld, it also tends to lose its desired traits when there is deep penetration as the fibrous slag inclusions melt and reform, reducing the material’s toughness and ductility, or otherwise migrate to the weld pool and weaken the joint.

Forge welding is a process where heat and pressure are applied to join two base metals and is by far the simplest welding process. Wrought iron forge welding requires an elevated temperature and the iron should change color, turning white before the two pieces are superimposed and hammered together. Surfaces must be clean and prepped before forge welding and a flux may be required to remove oxides and residual foreign matter. Machine forge welding greatly increases welding speed and the size of objects that can be joined. Instead of a hammer, hydraulic rolls are used to press the material together. Applied pressure also aids in maintaining the geometry and placement of fibrous slag inclusions.

Oxyacetylene welding involves a handheld torch fed by oxygen. Acetylene produces the required heat to melt metal, create a weld pool and join workpieces. It is commonly referred to as gas welding and other fuel sources such as propane can be used, although they burn at a lower temperature.

Oxyacetylene welding of wrought iron can be accomplished without flux using a low-carbon steel rod. Again, as the slag melts at a much lower temperature, heat input into the workpiece is rather important. The temperature must be elevated to melt base metal and form a weld pool. However, heat should be concentrated on the filler rod, allowing a significant puddle to develop before the filler rod is advanced. Excessive heat input into the workpiece can also be problematic as it mobilizes the slag inclusion and weakens the strength of the workpiece.

SMAW, also referred to as stick welding, is an electrical arc welding process where an arc is established between the filler rod and workpiece. The filler rod is covered with a flux that produces a shielding gas and molten slag that protect the weld pool.

SMAW of wrought iron is approached as if welding a mild steel. A low-carbon rutile-coated filler rod should be used. The rutile flux provides for low penetration and weld position versatility. Excessive penetration should be avoided as to reduce the risk of forming slag inclusions in the weld pool. This can be accomplished with small diameter electrodes that run on a lower current. Weld speed should also be reduced, allowing molten slag and entrained gases to migrate toward the surface of the weld pool before it cools and hardens.

Gas metal arc welding (GMAW) can be just as effective as SMAW, although a slightly different filler is used. The recommended wire includes aluminum, silicon and manganese, which serve as de-oxidizers.

The increased workability of wrought iron is conducive to forging and roll forming operations. It is a tough, corrosion-resistant material that was used extensively in the 19th century. The highly refined iron alloy is a soft yet resilient metal with almost no carbon content. Welding of wrought iron was traditionally accomplished in a forge where workpieces were hammered together. This method helps maintain the shape of fibrous slag inclusions, which gives the metal its desirable traits. SMAW and oxyacetylene welding operations can also be performed effectively, but to prevent the slag from recrystallizing, special care must be taken to limit the heat-affected zone while delivering enough heat to form a weld pool and join workpieces.

By posting a comment you confirm that you have read and accept our Posting Rules and Terms of Use.
Advertisement
RELATED ARTICLES
FCAW-S difficulties and how to overcome them
Tech tips for welding magnesium — Part 2: Shielding and filler requirements
Nanotech innovation could make previously unweldable alloys weldable
Better welding of aluminum: Melting, solidification and hot cracking
When to use FCAW-G over GMAW for manufacturing applications
Advertisement