Paralyzed volunteer can 'write' again thanks to mind-reading AI 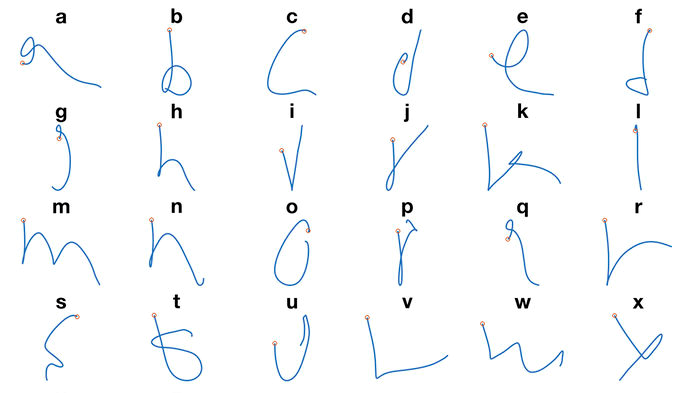 A team of researchers, led by Frank Willett, a biomedical engineer at the Cleveland Functional Electrical Stimulation (FES) Center at the Louis Stokes Cleveland VA Medical Center, has developed a computer model that can handwrite the thoughts of a paralyzed volunteer who is no longer capable of putting pen to paper.

Building upon related research where paralyzed volunteers have been implanted with electrodes for the purpose of enabling those patients to move a cursor to select letters on a display, researchers used the implanted electrodes to write the alphabet according to the thoughts and imagined motions of the paralyzed patient. Using a brain-computer interface, the volunteer was asked to imagine the motions involved with writing the letters of the alphabet. The associated brain activity trained the neural network, which is a series of algorithms that recognizes patterns, to decipher the commands and trace the imagined motions of the hand.

The research team hopes that the technology will improve communications for fully paralyzed patients in the future.

The research appears in the Society of Neuroscience.

By posting a comment you confirm that you have read and accept our Posting Rules and Terms of Use.
Re: Paralyzed volunteer can 'write' again thanks to mind-reading AI
#1

This is a fantastic advancement. A future step could be to stimulate the users own arm, hand and leg muscles. And someday bridge spinal cord breaks. Goold work with a wonderful future.

Re: Paralyzed volunteer can 'write' again thanks to mind-reading AI
#2

This is a truly amazing fact! We are living in a bright future. I recommend to start from here https://messaytopics.com if you want to improve your writing skills!