The state of the U.S. distributed wind sector 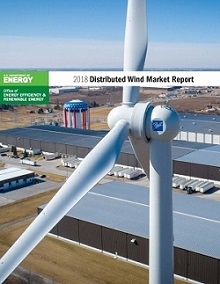 The levelized cost of distributed wind energy was 23 cents per kilowatt-hour (kWh) for small wind projects, 14 cents/kWh for mid-size turbine projects and 5 cents/kWh for large-scale turbines in distributed service.

By posting a comment you confirm that you have read and accept our Posting Rules and Terms of Use.
Advertisement
RELATED ARTICLES
DOE Report: U.S. Wind Sector Soared in 2016
IRENA Analysis: Renewable Energy to Be Cost-competitive with Fossil Fuels by 2020.
These 3 Reports Highlight US Wind Energy Trends
Wind Turbines Have Grown Taller, More Powerful
This developer plans to build 800 MW of renewables plus storage
Advertisement