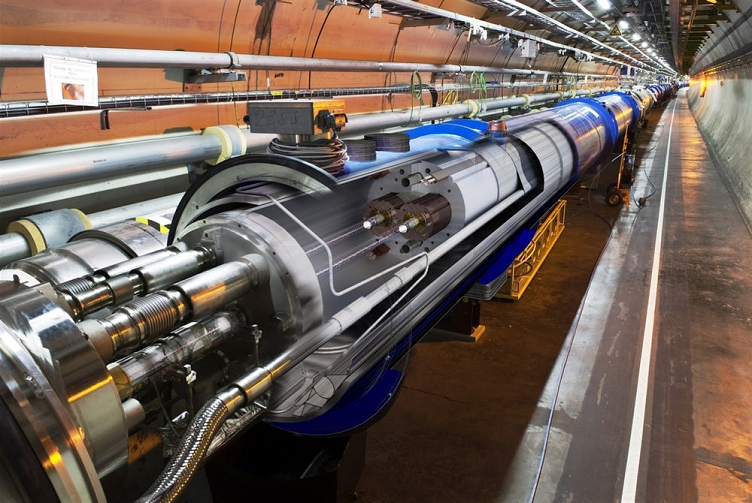 CERN researchers recently discovered Ξcc++ (Xicc++), a new particle containing two charm quarks and one up quark. The existence of this particle from the baryon family was expected by current theories, but physicists have been looking for such baryons with two heavy quarks for many years. The mass of the newly identified particle is about 3,621 mega electron volts (MeV), which is almost four times heavier than the most familiar baryon, the proton, a property that arises from its doubly charmed quark content. It is the first time that such a particle has been unambiguously detected.

To prepare for future experimentation, the LHC accelerator complex is being shut down for two years to implement upgrades and renovations. The complex and detectors will be reinforced and upgraded for the next LHC run scheduled for 2021, and in time for the high-luminosity LHC (HL-LHC) project to begin after 2025.

Accelerator chain (injectors) elements that feed the LHC with protons will be renewed to produce more intense beams. Linac4 will replace the linear accelerator Linac2, the first link in this chain, to accelerate H− ions that are later stripped to protons, allowing for the preparation of brighter beams. The Proton Synchrotron Booster, the second accelerator, will be equipped with new injection and acceleration systems. The Super Proton Synchrotron (SPS), the last injector before the LHC, will have new radio frequency power to accelerate higher beam intensities, and will be connected to upgraded transfer lines.

Bypass diodes that protect the magnets in case of quench will be shielded during the shutdown period as a prerequisite for extending the LHC beam energy to 7 TeV. More than 20 main superconducting magnets will be replaced. Recently launched civil engineering works for the HL-LHC will continue as new galleries are connected to the LHC tunnel, and new powerful magnet and superconducting technologies are tested.

Facility operations and proton beams are expected to resume in spring 2021 with the LHC’s third run.

By posting a comment you confirm that you have read and accept our Posting Rules and Terms of Use.
Advertisement
RELATED ARTICLES
The LHC Successfully Accelerated Its First Atoms
Watch: First Precise Measurement of W Boson Mass
Video: Designing the future circular collider
Video: Restart of the world’s largest particle collider
The New Couple in Particle Physics: Higgs Boson and Top Quark
Advertisement