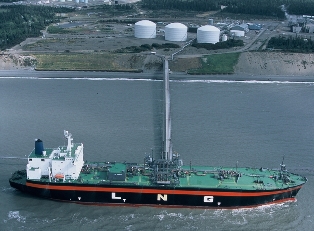 The Energy Department says the approval (DOE/FE Order No.3643) would allow export for 30 years to countries that do not have a free trade agreement with the U.S.; Asian countries, including Japan, China, India and Taiwan, where demand is high, are expected to be included.

The Energy Department granted approval (DOE/FE Order No.3554) in November for exports to countries that have free trade agreements with the U.S., such as South Korea.

The $50 billion Alaska LNG project would move North Slope gas through an 800-mile pipeline and liquefy it in Nikiski for shipment overseas.

The conditional approval cannot be finalized until the Federal Energy Regulatory Commission (FERC) issues a final environmental impact statement, which may happen in another three years.

Paula Gant, the Energy Department's deputy assistant secretary for oil and natural gas, says the approval provides an extra measure of confidence to potential investors. “The companies are investing $1 billion alone in this (permitting) process,” Gant says. “It’s important to give them an indication that provides some assurance.”