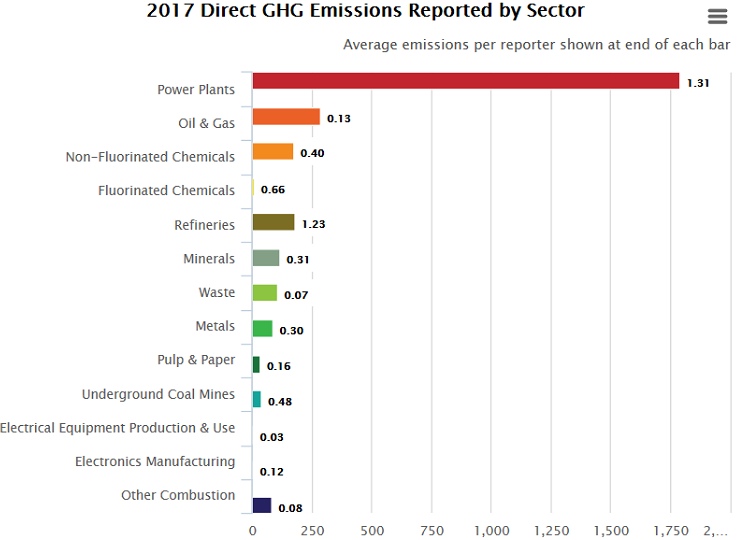 This is the seventh year of full data collection for most sectors under the program, and more than 8,000 large facilities reported 2017 GHG emissions to the EPA.

Interested parties can use the FLIGHT greenhouse gas data publication tool to view reported data by region, industry or greenhouse gas, and to download lists.

By posting a comment you confirm that you have read and accept our Posting Rules and Terms of Use.
Advertisement
RELATED ARTICLES
Top industrial GHG emitters in the US
Study documents ethanol's greenhouse gas reduction benefits
Report Offers a Plan to Cut Large Building Emissions
US GHG emissions post recent decline
Corn-Based Ethanol vs Gasoline
Advertisement