This Port Is Deploying a Microgrid to Support More Electrification 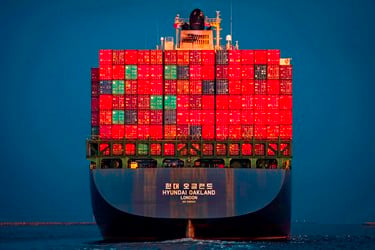 The port will install a solar carport, power storage systems and controls at its security headquarters, the Joint Command and Control Center. The California Energy Commission is providing a $5 million grant for the project.

The port's terminals are increasingly using electric equipment to move cargo, and officials are looking at ways to build energy resiliency into these operations.

As part of the project, the port will compile and analyze 12 months of performance data and make that information available to other California seaports. The goal of the California Energy Commission’s grant is to accelerate development of microgrids, which it says may be important tools to improve the effectiveness of renewable energy.

Schneider Electric has a $5.2 million contract to deploy the microgrid. Its scope of work includes installing an integrated system of distributed energy resources and microgrid controls intended to enhance resiliency through long-term islanding capabilities at the port’s Joint Command and Control Center.

Schneider will design and install the microgrid. Components will include a preconfigured energy control center, mobile storage, microgrid controls and a cloud-connected, demand-side energy management software platform. The scope of work will also include power monitoring and SCADA tools.

The project will also include installation of a 300 kilowatt (kW) array photovoltaic (PV) system for energy production, integration of a 250 kW mobile battery, a 500 kW diesel generator and controls to allow demand response, peak shaving and islanded operations for energy resilience.