With a 400 km range based on a fuel cell powered compact electrical transmission, the inexpensive two-seater is designed to minimize aerodynamic resistance. The low, elongated body is produced with a sandwich construction method using a metal top layer and a plastic foam interior. Sandwich panels comprising the front and rear parts of the car function as crash zones. A shell with an attached ring structure forms the passenger space and absorbs forces that act on the SLRV during driving.

Extensive computer simulations have led to the development and testing of two prototypes. The findings from frontal and pole crash tests will be used to improve the design. The SLRV was developed as part of the Next Generation Car initiative launched to engineer new lightweight vehicle concepts. 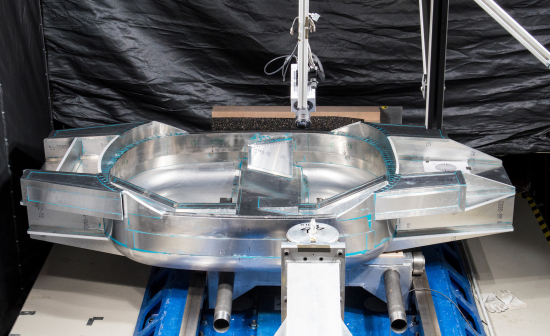 By posting a comment you confirm that you have read and accept our Posting Rules and Terms of Use.
Advertisement
RELATED ARTICLES
Shell Unveils Ultra-Energy-Efficient City Car Concept
Tesla Car on Autopilot During Fatal Crash
Update: Tesla Car on Autopilot Accelerated Prior to Fatal Crash
A City Car for the Masses
Study Investigates the Carbon Footprint of Sandwiches
Advertisement