Researchers from the Massachusetts Institute of Technology (MIT) have developed what they say is an inexpensive, portable desalination system to turn salt water into drinking water. The scheme won a USAID competition—2015 Desal Prize—in the process. 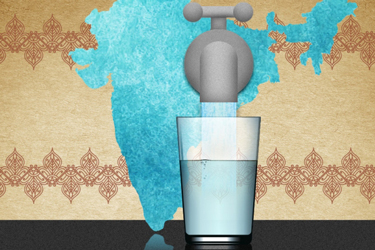 The device works by using solar panels to charge a cache of batteries that powers an electrodialysis machine, removing salt from the water and making it safe to drink.

"Both electrodialysis and reverse osmosis require the use of membranes, but those in an electrodialysis system are exposed to lower pressures and can be cleared of salt buildup simply by reversing the electrical polarity,” says MIT team member and mechanical engineer, Amos Winter. “That means the expensive membranes should last much longer and require less maintenance,” she adds.

MIT’s system reportedly can turn 90% of the salt water it is fed into drinking water. This compares to the 40-60% from reverse osmosis systems.

By posting a comment you confirm that you have read and accept our Posting Rules and Terms of Use.
Advertisement
RELATED ARTICLES
Solar-Powered Desalination for Off-Grid Villages
Filterless Water Desalination Achieved with Shock Electrodialysis
Video: A portable approach to seawater desalination
Serving a Thirsty World: Trends in Desalination
Water Treatment Using Forward Osmosis Process
Advertisement