Google’s self-driving cars have been associated with 11 accidents in the last six years, and evidence suggests the accidents may not be the fault of the Google car, but human drivers. 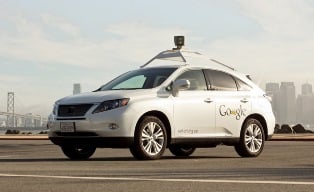 Google's self-driving car. Source: GoogleGoogle currently has 20 vehicles approved for testing in California; the company plans to make autonomous vehicles available to the public in 2020.

Google has covered 1.7 million miles of autonomous and manual driving with these autonomous vehicles, driving an average of 10,000 miles autonomously per week in California.

When it comes to vehicle accidents, none of them has been caused by Google, published reports say. The accidents mainly involve being hit from behind at traffic lights.

Google says it has built additional safety features into the vehicle to avoid such collisions, such as pausing before entering intersections after traffic lights turn green.

By posting a comment you confirm that you have read and accept our Posting Rules and Terms of Use.
Advertisement
RELATED ARTICLES
Google Shares Auto Fender-bender Lessons Learned
Autonomous Vehicles and Their Need for Map Accuracy
Google Leads Technology, Testing, Software Development for Autonomous Driving
Google Patent for Pothole-Avoiding Sensor Technology
Waymo Purchasing Up to 62,000 Chrysler Pacifica Hybrid Minivans
Advertisement