The BionicFlyingFox is Festo's latest addition to its Bionic Learning Network's robots that mimic biology. Developers studied the motion of the flying fox to replicate its flying characteristics. Using a combination of onboard electronics and an external motion-tracking system, the BionicFlyingFox is capable of semi-autonomous flight in a defined space.

The flying fox robot follows other Festo robots that mimic biological motion. The BionicFinWave is a swimming robot that propels itself much like the marine planarian, cuttlefish and Nile perch. The BionicCobot is a robot arm with human movement patterns and is part of the BionicWorkplace — a future-oriented working environment. The BionicWheelBot is a walking, rolling robot inspired by the motion of the real-life flic-flac spider (Cebrennus rechenbergi). 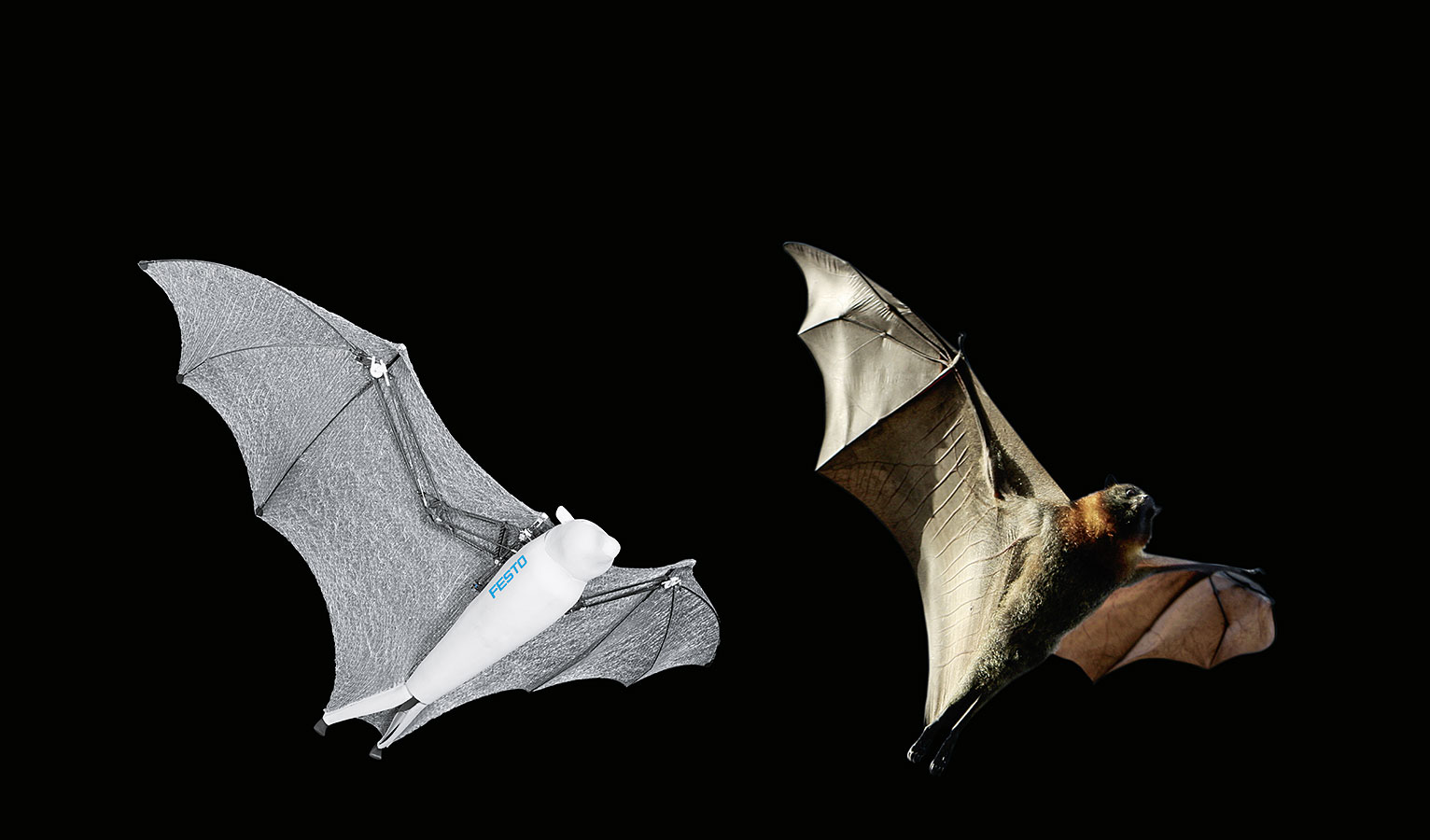 BionicFlyingFox compared to real flying fox. Source: FestoBats are the only mammals that are actually capable of real flight and have a thin elastic membrane that stretches from the metacarpal and finger bones to the foot joints. The real-life flying fox is a large southeast Asian megabat. The bat is among the largest species of bat, 12-13 inches long with a wingspan of nearly 5 feet and weighing 1.4-2.4 pounds.

The artificial flying fox comes in slightly larger than the flying mammal, with a wingspan of about 88.5 inches and a length of about 34.25 inches. It weighs slightly less than its biological inspiration at 1.3 pounds.

The BionicFlyingFox's flying membrane is all on one plane — as it is in the real flying fox — and is capable of controlling or folding its wings together individually. It is also capable of initiating flight from a suspended, wing-folded position. After releasing its grip, the robot begins to freefall, spreads its wings, starts flapping and takes flight. The membrane is manufactured from a knitted elastane fabric, welded together at approximately 45,000 points. The fabric's elasticity and honeycomb structure resists wrinkles and prevents any small cracks that may occur from getting bigger. This allows the robot to continue flying in the event of minor damage. 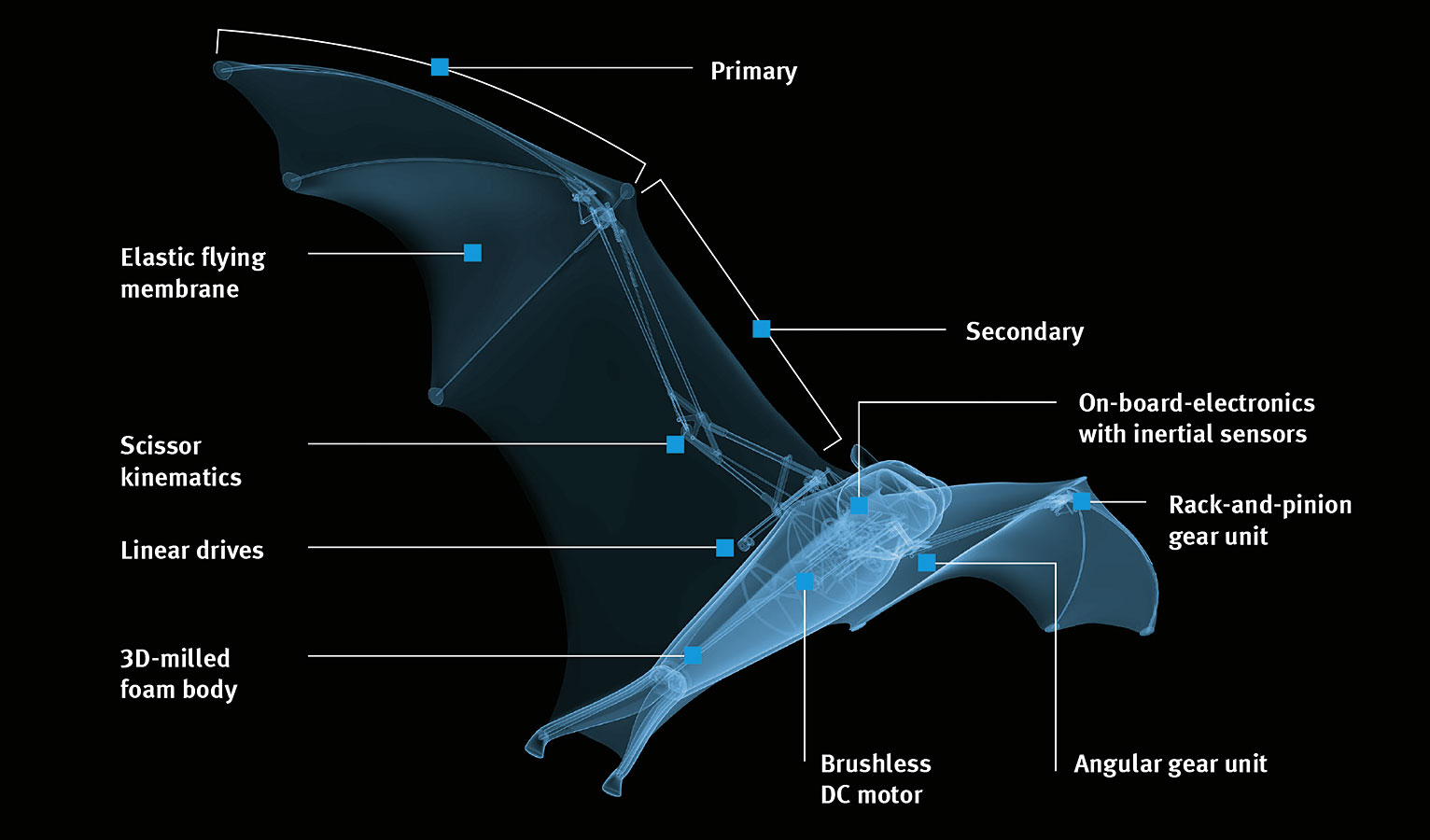 A human controller initiates the start of flight and landing, while an autopilot system takes over for autonomous flight while flying. The semi-autonomous flight is achieved through communication with a motion-tracking system. Two infrared cameras mounted to a pan-tilt unit on the ground detect four active infrared markers on the legs and wing tips. The flight path is determined using feedback from the motion-tracking system and a central master computer evaluates the data and communicates flight commands, much like an air traffic controller. 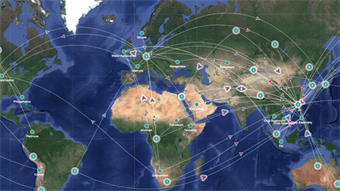