Researchers Develop a Way to Transform Biofuel Waste Into Wealth

A team of researchers from Sandia National Laboratories has demonstrated, faster, more efficient ways to turn discarded plant matter into chemicals that could be worth millions. The team’s findings could help transform the economics of making fuels and other products from domestically grown renewable sources. 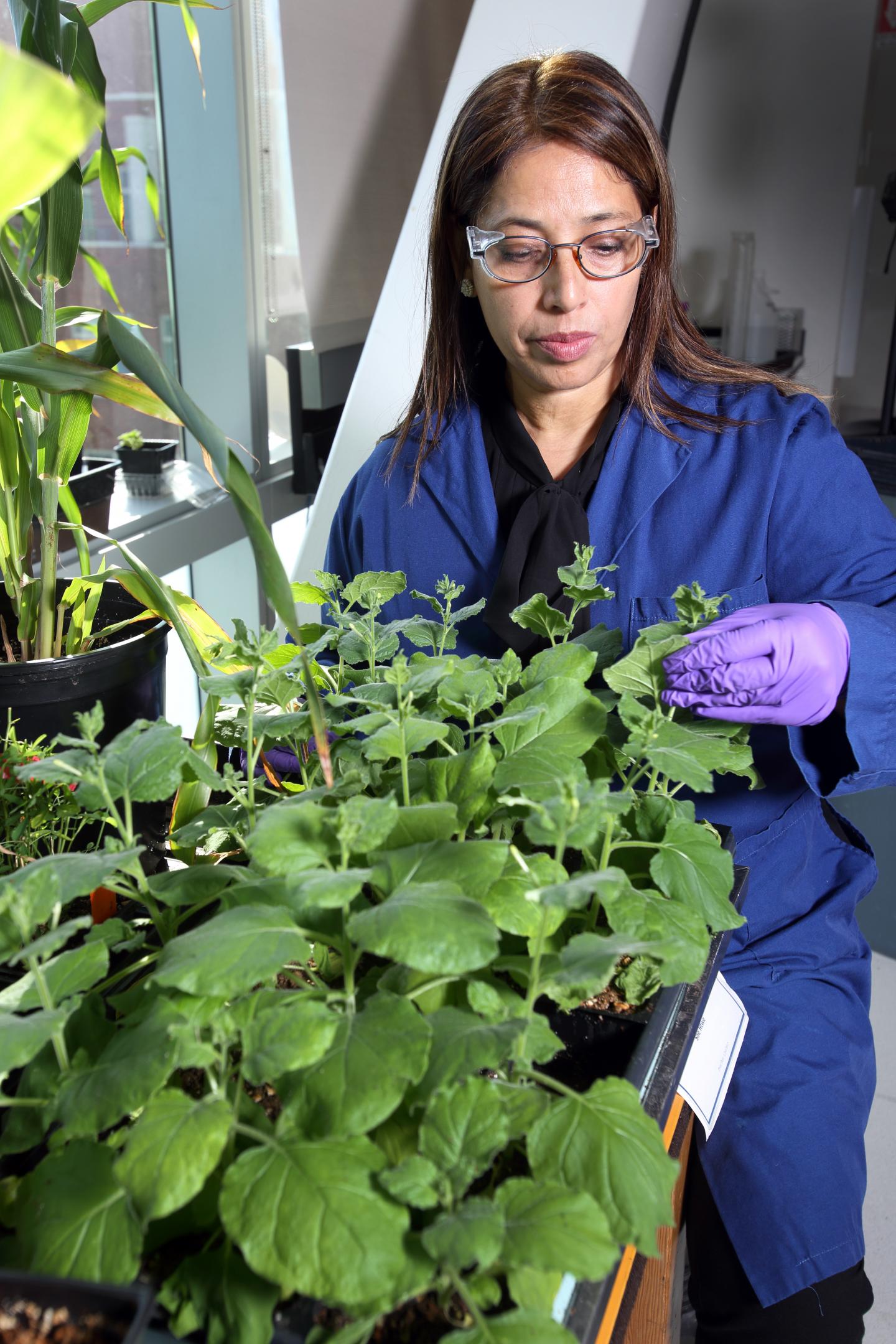 Lignin, the tough material left over from biofuel production, contains compounds that can be converted into products like nylon, plastics and drugs. It is one of the main components of plant cell walls and gives plants structural integrity as well as protection from microbial attacks.

Products made from converted lignin could subsidize biofuel production, making the cost of biofuels more competitive with petroleum. Unfortunately, lignin’s toughness also makes it difficult to extract its valuable compounds. Scientists have wrestled for decades with deconstructing it. As a result, lignin often sits unused in giant piles.

Seema Singh, Sandia bioengineer, and her team have demonstrated two new routes to lignin conversion that combines the advantages of earlier methods while minimizing their drawbacks.

To break the bonds between compounds that make up lignin scientists have either employed chemicals or tiny organisms like bacteria or fungi. The gentler biological methods enable the production of specifically targeted compounds. To fully break down lignin using the approach could take weeks or months.

Harsh chemicals can deconstruct lignin in hours or even minutes. But this method requires expensive catalysts and is sometimes toxic and unsustainable. Worse, the chemical methods lead to a mixture of compounds that each appear in extremely small quantities.

"You get a little bit of whole lot of various chemicals when you break down lignin this way," explained Singh. "The quantities yielded are not terribly useful."

Her team has demonstrated two new techniques that incorporate the speed of a chemical method and the precision of a biological on. In both cases, Singh’s team ultimately produced high-value chemicals that currently are derived only from petroleum -- muconic acid and pyrogallol.

Muconic acid can easily be turned into nylon, plastics, resins or lubricants and pyrogallol has anti-cancer applications. Singh reports these chemicals have a combined market value of $255.7 billion.

"Muconic acid is what we call a platform chemical. From there, creating new products is really just a matter of imagination," she said.

The team’s first new conversion method is a multi-stage process that begins by pre-treating lignin with a weak solution of hydrogen peroxide and water. Intermediary molecules vanillin and syringate result from the treatment.

A strain of E. coli specially modified by Sandia microbiologist Weihua Wu then consumes these middle stage compounds and several additional compounds emerge in the mix and ultimately the process results in the two final chemicals.

But Singh was not satisfied with the amount of muconic acid yielded from the process. So she and her team challenged themselves to find a way to maximize their muconic acid yield and tested a second conversion method.

The second method skips the process of having to break down the lignin altogether. The team genetically engineered a tobacco plant. As it grows, the plant will produce high amounts of intermediate compound protocatechuate. Then the only steps remaining to extract that PCA and use the engineered E. Coli to make the muconic acid.

"We basically skipped three-quarters of the steps we were doing previously by engineering the plant to grow intermediate chemicals," Singh said. "PCA can be easily extracted from the modified tobacco and converted into muconic acid with little effort."

The plant engineered route is not only more efficient but it also successfully solves the team’s self-imposed challenge of maximizing muconic acid yield by as much as 34 percent percent over previous conversion methods.

Sandia funded the majority of the work on this project through its Laboratory Directed Research and Development program. The tobacco plant engineering work was done by Singh’s collaborators from the feedstock division at the Joint BioEnergy Institute in Emeryville, California, including Dominique Loque and Aymerick Eudes.

Singh directs the biomass pretreatment program at the institute which is staffed by the scientists from a consortium of laboratories including Lawrence Berkeley National Laboratory. She believes future research into increasing lingnin’s economic value will be heavily influenced by her team’s demonstrations.

The biggest challenge in the field will be further maximizing the yield of valuable chemicals and the rate at which they can be yielded.

"Everyone understands that hybrid approaches are key to lignin valorization," Singh said.

Industrial adoption of this technology will depend on the ability to quickly produce large amounts of high-value product.

"If you can only make milligram amounts in a month from a bug, that just won't cut it," Singh said. "You want the organisms to make kilogram amounts in less than an hour, ideally."

A paper on this technology was published in Scientific Reports.

By posting a comment you confirm that you have read and accept our Posting Rules and Terms of Use.
Advertisement
RELATED ARTICLES
Simple Process Unlocks Value in Lignin
Reducing Biofuel Costs by Recycling the Waste it Produces
Method Could Expand Biomass Waste Use for Chemical Feedstock
A microbial route to lignin-based chemicals and biofuels
Enzyme Turns Lignin into Sustainable Products with Eco-friendly Production
Advertisement