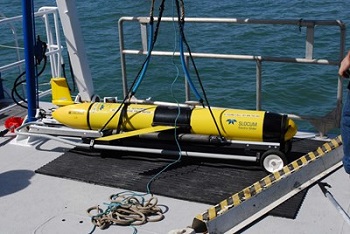 The potential of remote sensing technologies to effectively identify and monitor oil spills at sea was gauged in an exercise off the southern coast of England. The latest in satellite, airborne and in-water surveillance and communications equipment was tested by Oil Spill Response Ltd (OSRL).

The project showcased OSRL’s Southampton-based Visualization Center, which provided a "common operating picture," integrating data from each of the technology partner’s equipment as well as oil spill modeling platforms and satellite feeds.

The remote sensing systems deployed, identified and monitored the controlled spill, and OSRL said it was satisfied by the performance of the various new technologies involved. The company also concluded the response equipment and personnel operated in an efficient and effective manner, providing validation of its approach.

By posting a comment you confirm that you have read and accept our Posting Rules and Terms of Use.
Advertisement
RELATED ARTICLES
Study Finds Land Losses from Gulf Oil Spill
New model expands scope of the Deepwater oil spill
Floating Sensor Fingerprints Spilled Oil
Though Untested, "Blue Whirls" Could Aid Oil-spill Cleanups
Study: Oil in the ocean photooxidizes in just hours to days
Advertisement