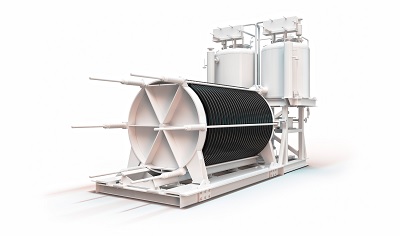 Steam methane reforming is a well-developed technique that accounts for the majority of commercially produced hydrogen, although the process is highly endothermic and the byproduct is a gaseous waste stream of carbon dioxide. Alternative methods of hydrogen production include coal gasification and a number of electrolysis techniques that fail to gain universal acceptance either due to economics or process volatility. Recently developed techniques that address these shortcomings include the hydrolytic oxidation of organosilanes with a heterogeneous gold nanoparticle (AuNP) catalyst as well as alkaline water electrolysis.

Organosilanes are a group of saturated chemical compounds where organic groups are bound by one or more silicon atoms in a central tetrahedral configuration. The significance of specific oragnosilanes, including polymethylhydrosiloxane (PMHS) and tetramethyldisiloxane (TMDS), is that they are relatively air-stable, non-toxic and economically available.

PMHS and TMDS are by-products of the silicon industry and hydrolytic oxidation of these organosilanes produces hydrogen as well as silanols that are useful as additives in the synthesis of silicon rubber. The value stream has previously attracted attention, but now with the introduction of a heterogeneous AuNP catalyst it is presented as an efficient H2 production system.

They found that an AuNP mean diameter of 1.9nm supported by hydroxyapatite (HAP) exhibited the greatest catalytic activity. The improved catalytic activity operated in an on-demand H2 production system without the need of additional energy input. The attractive solution could support the development of next-generation green hydrogen fuel cells with on-demand H2 production.

The feasibility of using alkaline electrolysis for large scale production of hydration has been found to be dependent on the cost of electricity and targeted as a highly efficient energy storage device when coupled with intermittent renewable power sources.

Electrolysis of water can be conducted at room temperature. It is a scalable technology requiring only water and electricity for hydrogen production.

Nel Hydrogen, a pioneer in hydrogen electrolysis, has been heavily engaged in the research and development since installation of their first small electrolyser in 1926 at Norsk Hydro in Notodden, Norway.

Today they are able to generate a pure stream of hydrogen saturated in water with an oxygen content of less than 0.2 percent before further catalytic reduction. They have demonstrated that alkaline water electrolysis can be a robust, reliable, safe and energy-efficient hydrogen production system, and they have installed over 850 medium and large-scale electrolysers.

Alkaline water electrolysis has long been found to exhibit low-cost characteristics due to use of a non-precious metal catalyst and a porous separator.

Through research and development, the volatility of alkaline water electrolysis has been drastically reduced as gas mixing is minimized, especially when product feed streams are separated by liquid and gas phases. It is widely accepted as a scalable technology and possibly one of the most efficient and reliable approaches to producing hydrogen from renewable energy, such as solar, wind and hydropower, for grid-scale energy storage.

Hydrolytic oxidation of organosilanes with a heterogeneous gold nanoparticle (AuNP) catalyst is another exciting topic as no external energy is required and the gold coated catalyst has been refined to achieve the highest turnover numbers and turnover frequencies with minimal loss of activity.

Re: Safer Methods for Hydrogen Production
#1

Interesting methods. I suppose this conversion of silanes, and siloxanes might work on the higher silanes that has already been seen as a fuel system in its own right: 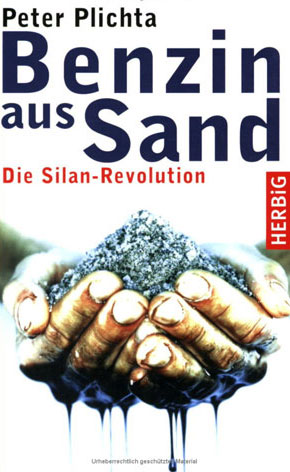 A modified high pressure Rochow-Muller synthesis might be employed in synthesis of large volumes of the higher silanes (these are stable in air in contrast to the spontaneously burning silane (SiH4). Very intriguing research topic.