DIY: Engineering Your Own Beer

Beer. Brew. Lager. Stout. Chill. Malt. These are just a few ways to reference the alcoholic beverage many have grown to know and love.

Believe it or not, historical evidence points to the idea that nomads were making beer before they even learned how to make bread, and there’s been mention of beer recipes dating as far back as 4,300 B.C. carved into clay tablets. Fast forward to the 21st century and you’re probably well aware that the art of beer brewing has come a long way.

As DIY hobbies continue to soar and hands-on folks put into action the notion that anyone can perform a variety of tasks instead of relying on paid specialists, let’s take a look at what a beginner would really need to start making beer from the comfort of his or her home. 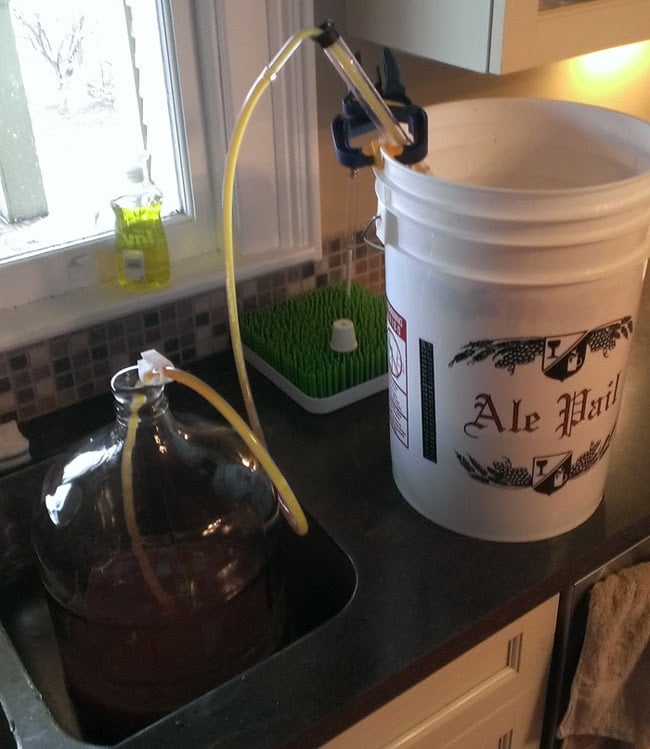 The home brewing process is actually pretty basic, but can vary in volume, variety and degree. Three homebrewers-turned-pros shed light on their experiences and what you really need to get started.

At the most basic level, the actual brewing process takes about 90 minutes to two hours (an hour of that time can be attributed to the boiling process, and consists of adding ingredients at different points, cooling it down, transferring to a jug, adding yeast and letting it ferment for two weeks, followed by two weeks of carbonating. The total hands-on time is just about two hours.

“It really depends on who you are and what kind of brewer you want to be,” says Kyle Westfall, Founder and President of Craft a Brew. Westfall got into homebrewing while in college, and developed his own brewing company that caters to beginners, providing high-quality ingredients with durable equipment in kits that cost as little as $45.

Westfall began with just some buckets and a regular stock pot on his home stove.

“I wanted the simplest way of starting,” he says.

In the same fashion, Patrick Rue, founder of The Bruery in California, began homebrewing while attending law school. After gaining experience and becoming skilled in the art of home brewing, Rue decided to open his own brewery. 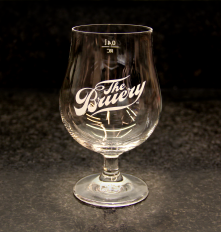 The Bruery is a boutique craft brewery that specializes in barrel aged and experimental ales. (Image via The Bruery)

When he first began, he started out with a 5-gallon kettle (a large soup pot, if you will), a copper coil heat exchanger, and a few 5-gallon kegs.

“I did extract batches for my first few batches, and then bought a 10-gallon all-grain system from MoreBeer, a 3-tiered, gravity fed brewing sculpture,” says Rue.

There are a variety of routes to go when you begin. For most beginners, getting their feet wet may come along with a desire to spend as little money as possible, especially until experience is gained and a desire to pursue the hobby further has been established.

Luckily, when it comes to brewing your own beer, you can certainly do that.

According to Jamie Albert, a home brewer going professional by opening his own craft brewery in Illinois called Will County Brewing Company, the first thing someone just starting out should decide on is a heat source. For Albert, this was a propane burning camp stove, but you can go with a traditional stovetop.

When it comes to the equipment you’ll need, this depends on the size of the batch you’re looking to make. Since many homebrew recipes are constructed based on 5-gallon batches, you’ll need at least a 5 gallon pot. Albert also suggests an 8 to 10-gallon stainless steel boil kettle, a 10-gallon mash tun and a 5-gallon fermentation vessel.

“The 5 gallon kettle is used for sparge water that occurs when you are rinsing your grain through the mash tun. The boil kettle is obviously for bringing your wort to a boil. The reason for the larger size is to allow for evaporation and wort-loss in order to still have a finished product of 5 gallons,” says Albert.

Albert suggests an Igloo water cooler since the mash tun is used to mash in grain and it’s important to hold the mixture to a certain temperature for at least an hour. As part of the fermentation process, a fermentation bucket is needed. After boiling, the wort is cooled down, transferred to the bucket, yeast is added and left to ferment for 7 to 10 days.

If you’re looking to craft your own beer, but aren’t interested in gathering your own products, Westfall’s company, Craft a Brew, offers small 1-gallon kits that start at just $45. Each starter kit includes a 1-gallon glass carboy, funnel, food-grade tubing with thumb clamp, thermometer, rubber stopper, 3-piece airlock, curved racking cane (for bottling your beer), a guide to craft brewing, and a recipe kit of your choice (malt extract, brewers grains, hops, yeast, sanitizer and a brew bag). 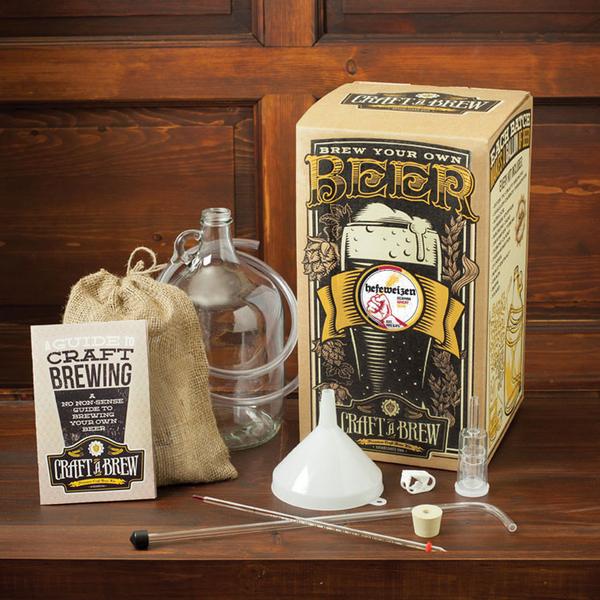 While many homebrewers work with five to 10 gallon batches, this kit option gives newbies the ability to get brewing inexpensively and in small batches.

When it comes to learning about the craft, the experts agree that there are plenty of resources at your disposal. There are a plethora of homebrewing websites to visit, such as the National Homebrewers Association. You can join a homebrew club, or you can get yourself a good old-fashioned book (Albert suggests “How to Brew” by John Palmer).

Today’s DIY-ers are basking in the glory of technology. We see more and more that technology advancement is playing a role in almost every industry and brewing is no different. If you peruse the web, you’ll find there’s been a recent trend in automation when it comes to brewing technology.

“Brewing methods continue to evolve, mostly to reduce our energy and resource footprint. Alternative methods of heating, recapturing energy, water reduction and recycling technologies are all important to the future of brewing,” says McIvor, on how technology is changing the brewing space.

While home automation brewing tools are cool to play around with, Westfall points out that they’re really not necessary to the brewing process, as you’ll still need to follow through with the fermentation process after. It really comes down to a matter of personal preference regarding what kind of homebrewer you want to be and how high-tech you want to go.

While automation may simply be a nicety for the DIY-er, one place it will surely benefit the brewing process is in factories, especially within smaller companies.

“Automation will have a significant impact on brewing, particularly as it becomes more affordable to smaller brewers. Brewing will always be labor intensive, so having automation take care of the heavy lifting is appealing and doesn’t exist at most smaller breweries,” says Rue.

What’s Right For You?

According to Rue, it’s important to determine what kind of brewer you want to be before you buy a lot of equipment. For example, do you want to pine every detail frequently or simple brew a 5-gallon batch every once in a while?

The bottom line when it comes to homebrewing: You can make the process as easy or as complicated as you’d like. You can choose to spend thousands of dollars on pumps and equipment that take up an entire garage, or you can start small with a few items in your kitchen. The craft itself will open your mind and provide you with creative freedom to build the beer of your dreams.

By posting a comment you confirm that you have read and accept our Posting Rules and Terms of Use.
Advertisement
RELATED ARTICLES
The Pico C Just Made at Home Brewing Easier
Turning Beer Green to Highlight the Importance of Clean Water
Saving Coral Reefs...with Beer
A beer created entirely by AI
The tasty tech that ensures QC in beer brewing
Advertisement 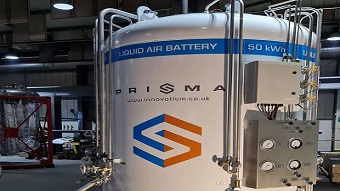 The promise of PRISMA for cutting compressed air costs 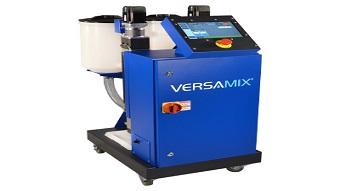 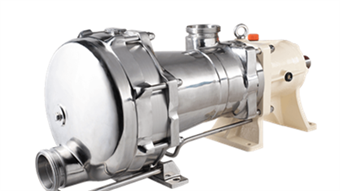