It’s been dubbed a “potalyzer” and it could soon be coming to a roadside sobriety checkpoint near you.

Stanford University engineers are developing a portable device that provides what they say is a precise measurement of a driver’s marijuana intoxication, just as a breathalyzer gauges a person’s alcohol level.

The Stanford engineers say that no portable instrument currently on the market effectively tests for THC, marijuana’s most potent psychoactive agent. THC is commonly screened for in laboratory blood or urine tests. The mobile device, on the other hand, can detect the presence of THC in a person’s saliva, and also can measure its concentration. 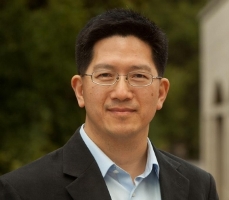 Shan Wang, Stanford University.Created by a team of engineers led by Shan Wang, a professor of materials science and engineering and of electrical engineering, the device uses magnetic biosensors, called magnetoresistive, or GMR, sensors, to detect THC molecules in saliva. Police officers could collect a spit sample with a cotton swab, for example, and read the results on a smartphone or laptop in as little as three minutes.

In their quest to develop the potalyzer, researchers have focused on saliva because testing it is less invasive and because THC in saliva may correlate with impairment better than THC in urine or blood. One challenge is that these tests may be called upon to detect tiny concentrations of THC. Some states and jurisdiction have no set limit of THC in the body for drivers. Others have set a limit of 0 or 5 nanograms (a billionth of a gram) per milliliter of blood.

The Stanford device can detect concentrations of THC in the range of 0 to 50 nanograms per milliliter of saliva. While there’s no consensus on how much THC in a driver’s system is too much, previous studies have suggested a cutoff between 2 and 25 ng/mL, which is within the device’s capabilities.

The Wang Group has been exploring magnetic nanotechnology for years, using it to attack such diverse problems as in vitro cancer diagnostics and magnetic information storage. In this case, they’re combining magnetic nanotechnology with the time-tested biochemical technique of the immunoassay. Immunoassays detect a certain molecule in a solution by introducing an antibody that will bind only to that molecule.

In the test, saliva is mixed with THC antibodies, which bind to any THC molecules in the sample. Then the sample is placed on a disposable chip cartridge, which contains magnetoresistive (GMR) sensors pre-coated with THC, and inserted into the handheld reader.

Next, magnetic nanoparticles, specially made to bind only to the antibodies, are introduced to the sample. Each nanoparticle binds onto a THC-antibody pair like a sticky beacon, but only the molecules on the sensor surface will be close enough to trip the GMR biosensors in the reader. The device then uses Bluetooth to communicate results to the screen of a smartphone or laptop.

The platform has potential usefulness beyond THC. The GMR biosensors in the device could detect any small molecule, meaning that the platform could also test for morphine, heroin, cocaine, or other drugs. In fact, with 80 sensors built into it, the GMR biosensor chip could screen a single sample for multiple substances. The team says they have already tried screening for morphine with promising results.

By posting a comment you confirm that you have read and accept our Posting Rules and Terms of Use.
Advertisement
RELATED ARTICLES
Customizable Diagnostic Device Can Detect Many Viruses and Diseases for Rural Medical Care
Stacked Antibodies as Disease Sensors
A one-second COVID-19 test
Team creates fast and cheap COVID-19 antibody test
Smartphone based COVID-19 test could be faster than traditional testing methods
Advertisement