Researchers at École Polytechnique Fédérale de Lausanne (EPFL) have developed a sensor that can detect minute quantities of the biomarkers that are an early indicator of prostate cancer to improve diagnostic speed and accuracy.

The biosensor comes in the form of a tiny wire. According to the researchers, its high sensitivity makes it capable of early detection of the molecules that are produced by the cancer that pass into the bloodstream.

When doctors suspect that a patient has cancer, they look for biomarkers in their body. But, because blood is a dense liquid full of cells and molecules, typically it is not easy to detect these particular molecules in very small quantities.

EPFL researchers have circumvented this obstacle by inventing a new detection technique. The trick is to trap the molecules of interest in the blood sample and then detect them in a dry environment, where measurements won’t be disturbed by all the molecules. 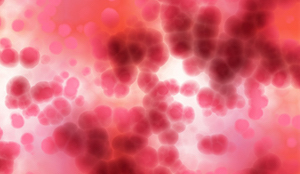 The trick to detecting the PSA biomarker is to trap the molecules of interest in the blood sample and then detect them in a dry environment. Image credit: Pixabay. To do this, scientists from EPFL's Integrated Systems Laboratory used a Memristor, an electrical component that can “remember” all the electrical currents that pass through it. The device has been successfully tested on the biomarker for prostate cancer, known as the prostate-specific antigen.

To begin with, fragments of modified DNA are grafted onto a silicon nanowire. The DNA is used to trap the molecules, but it is modified so that it traps only the biomarkers for prostate cancer.

The wire is dipped into a cancer sample for close to an hour, giving the DNA time to catch hold of the molecules. It is then dried and an electric charge is sent through it. If there are molecules on the wire, they create resistance, which alters the wire's conductivity in places.

But this alone is not enough to accurately detect the biomarkers. It is only when the same charge is sent through the wire a second time in the opposite direction that the molecules can be properly detected.

"If the wire had no memory, the two currents' curves would be superimposed, which means there's no memory effect," says Sandro Carrara, senior scientist at the lab.

If the right biomarkers are trapped at the wire surface, then at the exact spot where the current reverses during the phases of sending charges into the wire, there will be a difference in the curve known as a voltage gap. It is this phenomenon that makes it possible to detect the biomarkers with such high sensitivity together with the use of modified DNA to trap the biomarkers.

"It's the first time a Memristor has been used to make [this] type of biosensor," says Carrara.

For now, the technique has only been used to detect biomarkers for prostate cancer. But the researchers believe it potentially could be used for all types of markers and plan to use the same technique to detect breast cancer.

By posting a comment you confirm that you have read and accept our Posting Rules and Terms of Use.
Advertisement
RELATED ARTICLES
Microfluidic System Performs Early Genetic Profiling of Cancer
Platinum Improves Performance of Cancer Test Strips
Earlier Cancer Detection Made Possible by University of Illinois Engineers
Biosensor Technology for Wearables that Monitors Health and Exposure to Dangerous Microorganisms
Microfluidic diagnostic sizes up cancer cells
Advertisement