The Caliper: A Simple, Essential Tool Since Roman Times 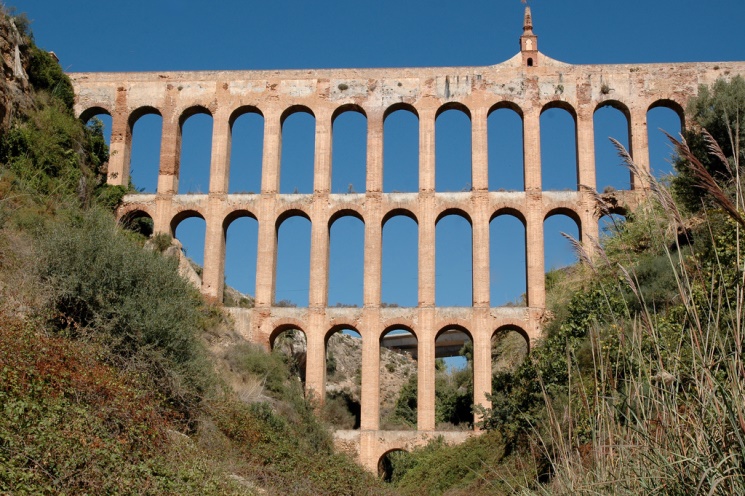 Engineers have used calipers since Roman times, either as a compass-style unit with a marked scale along an arc near the hinge point.

Mechanical calipers have been around for centuries, but have been superseded by digital versions which offer superior performance and convenience at comparable price. Measuring short distances or lengths with high precision is a routine requirement in science, engineering and manufacturing.

Whether it’s the diameter of a ball bearing, the expansion/contraction of a material, or the inside diameter of a hole, it’s often critical to know that dimension with high accuracy and precision. As mechanical products such as automobiles advanced through the years in their technology and performance, so did their manufacturer’s metrology demands, with a need to quickly and easily measure to 0.01 or even 0.001 inch (0.254 to 0.0254 mm).

(Learn more about caliper catalogs and suppliers at Engineering360.) 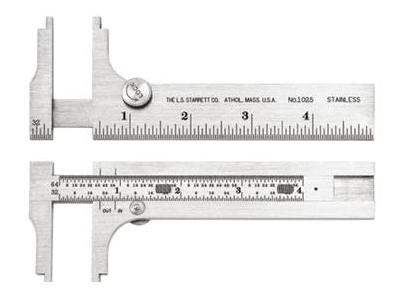 The three main elements in a basic slide caliper are the slide, the frame, an indicator line for reading, and a clamp nut to hold the slide while the caliper is removed for reading. Image source: L.S. Starrett Co.Until a few decades ago, there were two ways to do this, by using a micrometer or a caliper. The micrometer was made possible through the development of precision thread-cutting machines, one of the critical steps which both spurred and benefited from the Industrial Revolution of the 19th century. It uses a tight-pitch screw thread (typically 40 threads per inch) and a rotating barrel with gradations to indicate turns and position.

The micrometer is effective but can be costly and also may prove impractical for many types of measurements (especially those taken inside small-diameter circles) due to cost, configuration or the need for many different versions for the various items to be assessed.

In contrast, the caliper has existed in many forms since Roman times, either as a compass-style unit with a marked scale along an arc near the hinge point, or as two graduated rulers sliding alongside each other. It is relatively easy to use but can offer only comparatively coarse precision at best, on the order of 0.1 inch (0.254 mm), which is insufficient for most modern uses. 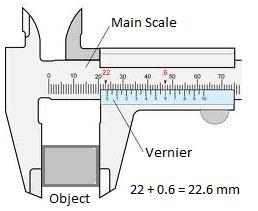 The vernier caliper adds a scale with a slightly different scaling factor alongside the main scale to enhance precision. Source: http://www.academia.edu The caliper’s limited performance was enhanced with the development of the Vernier caliper, which increased performance by a factor of at least 10× while adding little to the mechanical complexity or cost of the basic unit. The performance improvement came with an intangible cost, however: it was difficult and time-consuming to read, required concentration, and readings were prone to error due user fatigue or inattention. Despite this, an engineer could buy a Vernier caliper as recently as 30 years ago for $15 for a basic unit and up to $100 for a model made of better materials, with greater repeatability and less mechanical "slop."

The dial caliper has a rack and pinion arrangement to drive a circular dial which indicates the value of the least significant digit. Image source L.S. Starrett Co. Another enhancement to the basic caliper was the dial readout. This caliper has an indicator dial with needle pointer with which the user could read the last, most precise number of the reading (the most important one, in most cases). It works by using a fine-tooth rack-and-pinion assembly along the caliper's frame. As the caliper slide is lengthened or shortened, the pinion rotates on the track. This rotation is connected via gearing to the indicator needle.

All these mechanical-only embodiments of the caliper were made obsolete in a few years with the development of the electronic caliper with a digital readout. Its invention is largely due to one man, Ingvar Andermo, an electrical engineer at the IM Research Institute in Stockholm, Sweden, who was working on a bill-reading application using capacitive-sensing technology. The C.E. Johansson Co. asked Andermo to develop a digital caliper using sensing based on magnetorestrictive principles. He thought that approach was too complicated, however, and decided instead to use his experience with capacitive sensing.

Capacitive sensing is commonly used for on/off touch switches in "open" or public applications such as elevators. The user's finger acts as the second plate of a capacitor which in turn is connected to an interface circuit. The change in capacitance that occurs when the finger touches that second plate is sensed by the circuit which generates a trigger signal, thus emulating the function of a traditional electromechanical pushbutton. Touch switches are resistant to dirt, water and overall abuse because they have no moving parts. Their only exposed part is a metal tab that sits flush with the mounting surface.

The all-electronic digital caliper features an unambiguous, easy-to-read digital display, and arbitrary setting of the zero point. Image source: Mitutoyo Corp.For use in a caliper, capacitive sensing goes beyond the basic on/off switch. An etched copper pattern is embedded under a protective top layer (generally plastic), and the part that slides has a circuit board with a similar pattern. The resulting "sandwich" is made up of two conductive plates and a dielectric separating layer (also plastic) and looks electrically like a grid of capacitors. As the comb slides over the copper pattern, the capacitance between the plates changes in a predictable, known manner. There is analog interface circuitry containing a timer (oscillator) with its frequency set by a resistor/capacitor (RC) time constant. Changes in capacitance change the frequency. These changes in capacitance are measured by a frequency-to-voltage converter; the resultant voltage is directly related to the caliper's position.

The first Johansson Caliper, or Jocal, was shown at a Chicago exhibition in 1980. Johansson licensed the technology to Mitutoyo Corp. of Japan, which introduced a digital caliper based on this technology some years later. (In 1986, Andermo founded Micro Encoder Inc. to work with Mitutoyo to further develop the caliper's encoder technology for use in dimensional metrology.)

Millions of digital calipers have been sold worldwide, priced in the $25-$100 range depending on materials, body stiffness and length. They are generally readily available to contractors and machine shops as well as ordinary homeowners through hardware, home improvement and industrial/scientific/engineering suppliers.

The uses of capacitive sensing go beyond digital calipers, however. Andermo worked with Oregon-based CUI Inc. to develop capacitive rotary encoders to deter shaft position, using the same underlying technology as the caliper. These encoders have three parts: a high-frequency transmitter, a rotor etched with a sinusoidal-metal pattern and a receiver board. The rotor sits between the transmitter and receiver boards. As the rotor turns, its pattern modulates the high-frequency signal in a predictable fashion. The receiver board reads these modulations and digital circuitry translates them into readouts of rotary motion increments with resolution of more than 4,000 steps per turn. This resolution is needed for high-performance motor-positioning and speed control.

The digital caliper offers advantages besides accuracy and ease of reading. It can be switched between English and metric units via a pushbutton—handy but not essential. More useful, it can be set to indicate "zero" at any position along its length. This feature makes it easy to make relative "difference" measurements in addition to absolute readings from the mechanical zero point. Some models also include an output-port connector so the readings can be automatically uploaded to a computer for data collection and analysis; several industry formats for this are in common use.

These relatively low-cost, precise calipers use a single, small button cell that can last for a few years despite constant use. This is achieved by using very low-power design and IC processors for both the analog sensor front-end and the digital processing/readout sections. Also, the caliper goes into a deep-sleep, microamp range power-down mode when not is use, yet "wakes itself up" within milliseconds when the slider is moved.

The digital caliper’s combination of performance, ease of use and low price has made both the mechanical vernier caliper and the dial caliper obsolete, except as a teaching tool or collectible curiosity. There are virtually no tradeoffs or shortcomings where the mechanical unit would be the preferred choice, except in unique situations where nothing electronic is allowed.

Reading a vernier caliper with its parallel but non-congruent scales takes practice and patience. Source: Autodesk, Inc. The "vernier" added to a caliper is a simple but non-intuitive idea credited in its final form to Pierre Vernier (1580-1638), a French engineer and mathematician working in cartography and surveying. He explained his "graduated" vernier for more-accurate measurements of length in a book he published in 1631. The concept uses two graduated scales: one is a main, standard scale, supplemented with a second scale which slides parallel to it. The gradation markings of the second scale have a pitch which differs slightly from the main one; for example, if the main scale has 10 divisions to the inch, the second scale might have 11 divisions (Reference 2).

This dual-pitch scale enables readings to be made to a fraction of a division on the main scale, with any change in position visually enhanced by a factor equal to the inverse of the relative pitch difference. Thus, if the difference is 10% (10/11 gradation pairing), the improvement will be a factor of 10×. While it is possible in theory to go to higher factors such as 20×, the reality is that it is both difficult to read and also yields false precision. This is because the finer gradations are not as precisely spaced as they need to be due to tolerances and imperfections in the gradation-ruling process.

Reading the vernier scale is tricky, and takes practice and careful attention. However, before modern metrology was developed it was the only possible way to achieve higher precision and served its purpose for several centuries.

1. "A Brief History of the Micrometer," (Mitutoyo)