At about $1,500 each, the Vicis helmet may not be for backyard play just yet. But for professional and college athletes, investing in the helmet could mean an investment in their health along with the longevity of their sports careers.

Launched by a neurosurgeon with the Sports Concussion Program at Children’s Hospital in Seattle, and the chair of the University of Washington’s mechanical engineering department, the company is working to reinvent the traditional sports helmet. 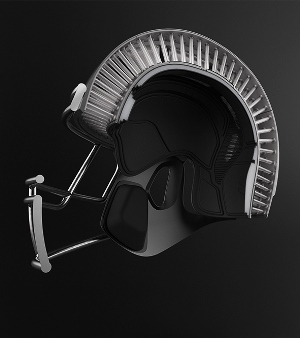 Internal structure of the Vicis helmet. The company started with the idea of an outer shell of plates that shift when hit and so disperse the energy of impact. Two years of work and the “tectonic” plates evolved into a helmet with a softer outer shell and a more rigid inner shell. The “crushable” outer shell mimics the automotive industry’s collapsible materials that absorb and disperse energy as they are hit. The stiff inner core may even prevent skull fractures.

Awareness of the effects of head impact in contact sports like American football has never been greater. The Vicis (from the Latin word for change) helmet has five main engineering points: the lode shell is an outer core that absorbs impact by deforming; the core layer has vertical struts that bend and buckle to slow impact forces; the foam liner helps with fit; and the arch shell is a hard plastic layer to protect the skull. The chin strap is the last point, with half of its snaps fastening to the core to keep energy from flowing through the jaw.

The company recently received $500,000 from the National Football League to develop the technology. Company officials hope to reduce the incidence of concussion by 50% as they roll out their helmets for the 2016-2017 season. With 25% of American parents polled in 2015 saying they won’t allow their children to play contact sports because of injuries, change could be just what’s needed.

By posting a comment you confirm that you have read and accept our Posting Rules and Terms of Use.
Advertisement
RELATED ARTICLES
Graphene-coated Motorcycle Helmet Debuts in Europe
Video: Michigan Tech develops a catcher on the fly. Boeing uses aerospace principles on a new golf club head. A $1500 football helmet draws on safety lessons from the auto industry.
New Version of Standard for Alpine Ski and Snowboard Helmets
Tougher Composite Materials Inspired by Mantis Shrimp
Video: DURABIO, a plant-based bio plastic, adopted for industry’s first biomass helmet
Advertisement