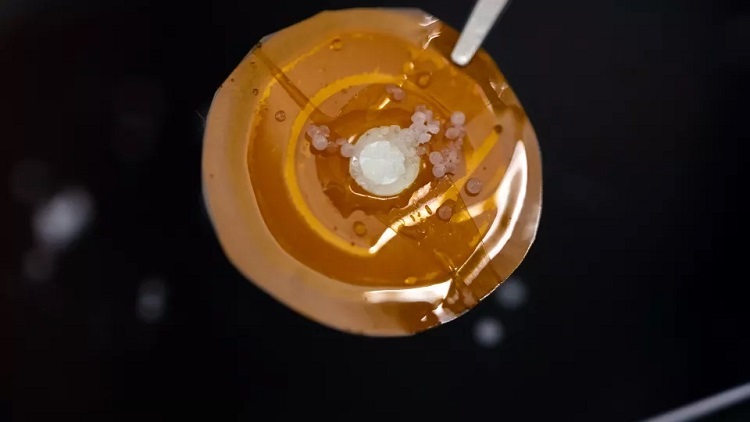 Carbon nanomaterials are expected to meet high water flux and high salt rejection requirements for such applications, but channel alignment and stacking difficulties make their large-scale use in membranes challenging. These membranes are typically synthesized in solution, which promotes the random growth of a disordered 3D structure with poorly defined micropores.

Researchers from Saudi Arabia's King Abdullah University of Science and Technology (KAUST), National University of Singapore, Chongqing University (China) and University of Hong Kong addressed these limitations with a method that helps control the growth of 2D conjugated polymer frameworks into ultrathin carbon films with thicknesses down to 1 nm using chemical vapor deposition.

As described in Nature Materials, the monomer triethynylbenzene was deposited on atomically flat single-crystalline copper substrates in the presence of an organic base that serves as a catalyst. Triethynylbenzene bears three reactive groups that function as anchor points for additional monomers. These groups show a 120° angle with respect to each other, generating organized arrays of well-defined cyclic structures that stack into subnanometer-sized rhombic hydrophobic channels.

The membrane demonstrated strong rejection for divalent ions, plus small charged and neutral molecules. Its water desalination performance in forward and reverse osmosis configurations surpassed that of membranes assembled with carbon nanotubes and graphene. Fast water transport through the device is attributed to the formation of a 3D network by the water molecules.