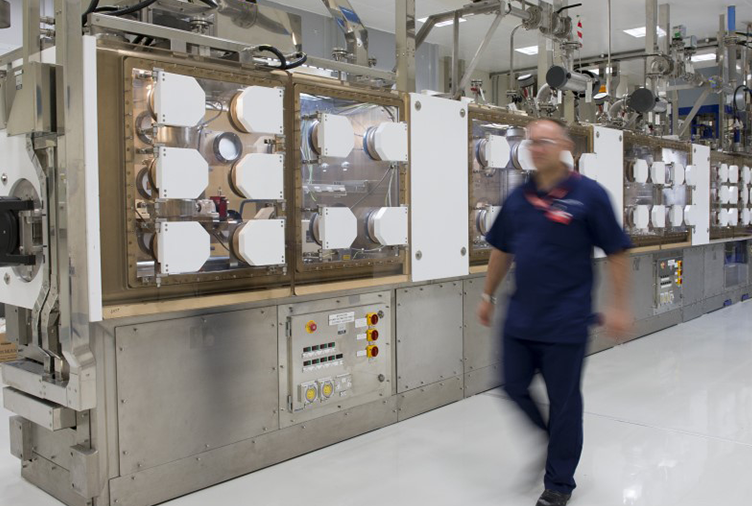 The UK Space Agency and the National Nuclear Laboratory (NNL) will work together to develop the world's first Americium-241-powered space battery.

This experiment, commissioned and funded by the UK Space Agency, will be carried out in a new multi-million dollar laboratory in Cumbria outfitted with cutting-edge equipment and technology. In the face of a global shortage, it will provide an independent supply of fuel for space batteries, allowing the UK and its allies to pursue future space science and research projects.

It will encourage development in radiochemistry and separations science, as well as offer a new market for the UK space sector by creating new job opportunities in the North West of England.

Radioisotope Power Systems (RPSs), also known as atomic space batteries, emit heat as the radioactivity inside decays. Heat can be utilized to keep vessels from freezing, or it can be turned into electricity and used to power onboard equipment. The batteries continue to perform for decades, with no need for servicing over the timeframe a spacecraft might stay in orbit.

The UK Space Agency's support comes on the heels of the UK's record investment in the European Space Agency for a variety of new programs, including millions of dollars for ENDURE (European Devices Using Radioisotope Energy), that will use radioisotopes to establish systems for heating and fueling spacecraft.

All the Apollo missions, as well as every rover that has gone to Mars, were considered "mission critical technologies" by space agencies in the UK and throughout the globe. Until recently, they have been powered by Plutonium-238, a radioisotope manufactured solely in the United States and Russia, where supplies are constrained, therefore an alternative is essential.

NNL, the United Kingdom's national nuclear fission laboratory, has been working on this project since 2009, when its researchers identified that Americium-241, an equivalent to Plutonium-238, is formed during the radioactive disintegration of old nuclear reactor fuel and emits power for over four centuries.

With a plentiful stockpile, the new laboratory will be located at NNL's flagship Central Laboratory on the Sellafield site, which has the world 's greatest resource of Americium-241 obtainable for extraction. The new collaboration will transform a concept into a fully-realized technology. It is expected to be functional within the next four years and will be utilized on the European Space Agency's Argonaut mission to the Moon as well as future missions into deep space.