An artificial intelligence (AI) system that lets robots identify people based on images of people uploaded ahead of time has been developed by Toppan, a provider of integrated solutions in the printing, communications, security, packaging, décor and electronics industries.

According to its developers, the AI system enhances the capabilities of its previously developed TransBots, which is a digital twin solution that links physical spaces with virtual reality (VR) reconstructions in real time while managing and controlling different types of service robots. 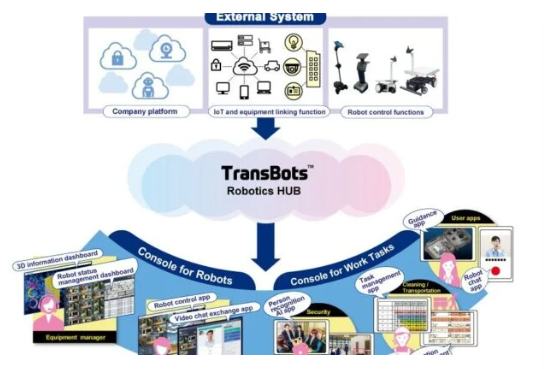 Using the so-called person recognition function, the TransBots will recognize people preregistered in the system once they enter a space — such as a hospital, exhibitions, concerts and other complexes — and move throughout it.

The person recognition function was tested during a pilot program where images captured of people in different locations within an event were sent from robots. Once sent, the images are analyzed and compiled in the cloud using an AI engine.

By posting a comment you confirm that you have read and accept our Posting Rules and Terms of Use.
Advertisement
RELATED ARTICLES
Smart Camera Could Further Automate Home, Cars
Researchers suggest that facial recognition tech works with half of the face
Smart Cities for the Golden Years
RIT improving smart warehouse technology, material handling options
Report: University students unwittingly participated in facial recognition tech trial
Advertisement