Wireless charging in the iPhone, tri-modal receivers and the one-millionth public charger unit shipment are all realistic expectations for the wireless charging market in 2016, IHS Technology says. With the wireless power industry setting strategies for 2016 and beyond, IHS lists some of the key upcoming trends to support planning.

1. The iPhone 7 will launch with integrated wireless charging in September 2016: Specifications for new Apple products are notoriously difficult to predict, IHS says, but it is becoming increasingly difficult for mobile phone manufacturers to ignore the adoption of wireless charging by competitors. “It is highly likely that the next iPhone will be equipped with this technology, although it won’t become clear until days before launch which standard (or even which proprietary technology) they might choose,” says David Green, research manager, power supplies & wireless power, IHS Technology. 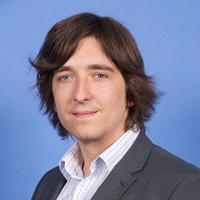 David Green, IHS2. Tri-modal receivers in mobile phones by the end of 2016: The commercial launch of Rezence-standard receivers in mobile phones and notebooks/netbooks is expected to occur in 2016. “It will be interesting to see the choices made by mobile phone manufacturers in particular,” Green says. “While they could ignore the growing adoption of inductive solutions, both in handsets and in charging infrastructure, in favor of a Rezence-only solution, it is far more likely that mobile phone manufacturers will choose multi-mode receiver solutions, in the pursuit of interoperability and the best possible consumer experience.”

3. Customer satisfaction levels to drop in the annual IHS survey: In an IHS consumer survey conducted in 2015, less than 1% of consumers who had previously used wireless charging said they would not want it in their next device. From a customer retention point of view, that is a positive endorsement of the benefits to the technology. However, with an increase in the number of consumers using the technology this year, we can expect the headline satisfaction numbers to initially decrease.

“Satisfaction will remain very high but is expected to fall somewhat, as more people will no doubt have some negative experiences at first,” Green says. “As consumers better understand the technology and adoption increases in various applications, consumers will start making demands for power-charging capabilities they want in their next devices.”

4. One million public wireless chargers installed: According to IHS forecasts, in 2016 the one-millionth wireless charger will be installed into public infrastructure. As the rollout picks up speed, however, not all of them are still functioning or in use. As the proportion of consumers with wireless-charging-enabled mobile phones rises, so does the potential for hotels, restaurants and other businesses to entice them with offers of free and convenient power.

“We do not expect mainstream product launches of uncoupled wireless-charging receivers; arguably those will not enter the market until 2017, at the earliest,” Green says. “However, in 2016 we expect to see at least one major original equipment manufacturer sign development agreements within the uncoupled space.”