A prototype of a thermal camouflage jacket has been developed jointly by clothing brand Vollebak, the National Graphene Institute (NGI) and the Graphene Engineering Innovation Centre (GEIC) at Manchester University.

According to its developers, the thermal camouflage jacket includes 42 patches of graphene that can be individually controlled using a microcomputer to discharge different levels of thermal radiation, without altering their temperature. Making them appear invisible to infrared cameras is that the patches can reportedly be programmed to have the same level of thermal radiation as their surroundings. 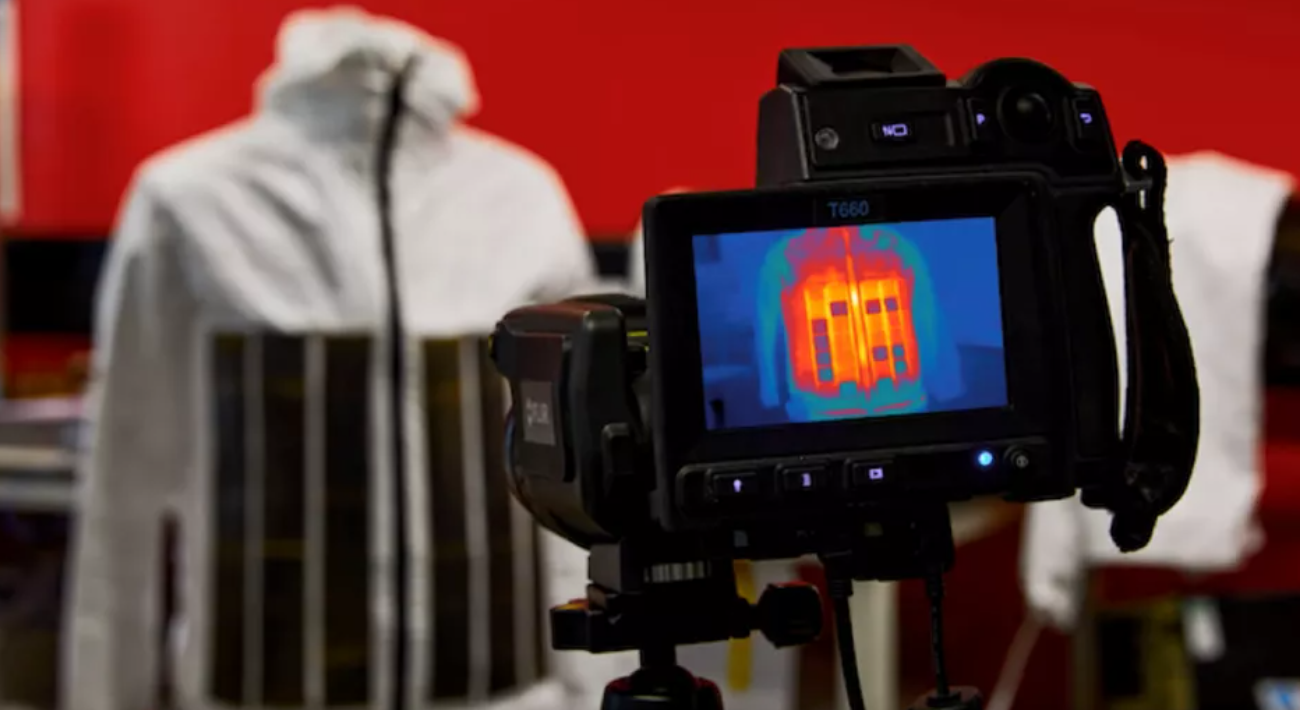 Graphene makes this possible because, as the researchers explained, it is a highly tunable material — applying energy to it, in other words, changes graphene’s appearance on both the visible and infrared spectrums.

Within the prototype jacket, each of the 42 graphene patches feature hundreds of atom-thick layers of graphene grown at the GEIC lab in a high-temperature furnace, with temperatures reaching around 1,000° C. Meanwhile, gold and copper wires printed on a polyimide film connect the graphene patches to a microcontroller on the jacket that is also attached to a computer. Researchers can reportedly upload code to the microcontroller, which can then deliver voltage to each graphene patch and the electrical current forces ions between the layers of graphene, thereby altering its optical properties. Consequently, the more ions inserted between the graphene layers, the colder it appears, and the less thermal radiation it discharges, according to the jacket’s developers.

For more information on the jacket, watch the accompanying video that appears courtesy of Vollebak.

By posting a comment you confirm that you have read and accept our Posting Rules and Terms of Use.
Advertisement
RELATED ARTICLES
Graphene-Based Film 4x Better Than Copper for Cooling Electronics
Testing DIY Graphene
Graphene-Coated Contact Lens Block EM Radiation
High Temperatures Can Create Graphene from Ethene
Graphene-based Bolometer Can Operate at Any Temperature
Advertisement