For years, spacecraft and rockets have been powered by chemical engines, for example creating combustion by burning rocket fuel to generate propulsion. These rocket engines are so complicated that only three countries in history have ever put people in orbit. They are also notoriously inefficient -- if a rocket was to fly from Earth to Mars, two-thirds of the weight of the rocket would have to be propellant! New technologies have led scientists and researchers to experiment with electric thrusters and their variants to find more efficient forms of propulsion for spacecraft and satellites.

As a result of this research, an electric thruster that uses iodine has successfully passed its test in orbit, which could result in a wave of higher-performance engines in the future. These engines will also be smaller, simpler and more cost-effective than current thrusters. 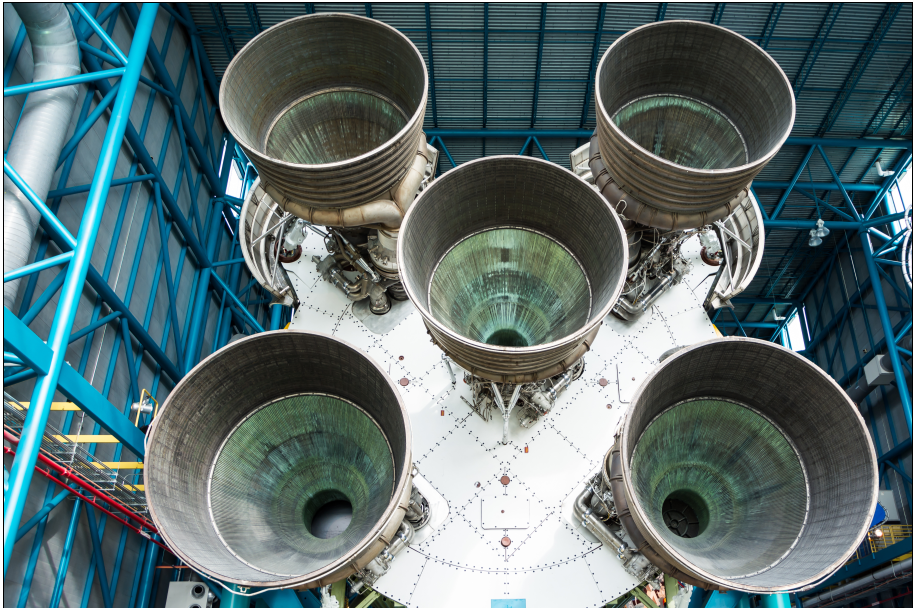 The propellant that is typically used in modern electric thrusters is xenon, which is a rare and expensive element. Xenon also requires large, pressurized tanks and a complicated array of pumps, valves and pipes to transport it around a spacecraft. One possible alternative to xenon that researchers have identified as promising over the last 20 years is iodine.

Iodine is a mineral that is added to salt and is used as an antiseptic. It is much cheaper and more plentiful than xenon and can be stored as a solid. This eliminates the need for pressurized tanks, and when the mineral is needed, it is converted to a gas with heat and transported to the necessary location. This not only simplifies the infrastructure in the spacecraft but iodine thrusters have also been found to be more efficient than xenon thrusters in ground tests.

There are some challenges that are associated with utilizing iodine as the propellant for an electric thruster. Iodine is a highly corrosive mineral, which could pose issues on a spacecraft that is primarily constructed from metal and features an immense amount of electronics. The propulsion system could also be damaged if the solid iodine breaks into pieces during launch. Recently, the first iodine-based electric thruster was launched into space, and it showed it could operate efficiently.

This test showed the scientists and researchers that even small spacecraft could have the option of carrying an electric propulsion system into space, due to the significantly smaller size of the iodine thruster. Referred to as the NPT30-12, the thruster measures roughly 4 inches by 4 inches and weighs around 2.6 lb. It was used to create thrust for a 44 lb Chinese satellite, called the Beihangkongshi-1.

This miniature satellite was maneuvered by the iodine thruster in space, boosting its altitude by almost two miles. This successful test not only confirms iodine as a viable propellant, but its performance metrics demonstrated that it is almost twice as efficient as a xenon thruster. This is due to the fact that iodine is much easier to electrify than xenon, and as a result of the successful test, a production line to construct more of these thrusters has been established.

The future of propulsion?

The engineering team that designed this iodine thruster had achieved something that the propulsion community had been dreaming about for years. To negate the corrosion issue, they utilized polymers and ceramics to protect the metal components in the satellite. To stop the iodine from breaking during launch, they integrated iodine crystals into a porous ceramic block. This team are pioneers in iodine thrust and are extremely open about their research. They hope that this research will pave the way for many other manufacturers to create iodine thrusters of their own.

This new type of thruster could change the way that large networks of satellites maneuver, for example, SpaceX’s Starlink megaconstellation. At the moment, most small satellites do not feature any propulsion systems whatsoever, due to their size. The compact iodine thrusts would be a perfect addition to these satellites and would help them to stay in orbit, avoid collisions and transfer from one orbit to another.

Moving forward, the aim is to scale these iodine thrusters up to allow them to power larger satellites that orbit the Earth, and even deep space missions. This new technology makes propulsion available to everyone, even universities and startups, which will surely accelerate advancements and the adoption of iodine thrusters.

Other forms of electric thrusters are also in the pipeline, like this one that NASA is testing. A solar-powered electric thruster would remove the need for any propellants to be onboard, further reducing the weight of the spacecraft and giving it unlimited power when in range of a suitable star. One thing is clear, electricity is going to play a big part in the future of spacecraft propulsion!

What do you think of these new iodine thrusters? Do you think electric thrust will ever be powerful enough to replace chemical propulsion? Or will it be limited to small satellites and spacecraft that are already in orbit? Engineering360 would love to hear your thoughts in the comments below!