The U.S. Defense Advanced Research Projects Agency (DARPA), the research arm of the U.S. Department of Defense, is aiming to develop a new smoke-like obscurant that will prevent enemy troops from seeing through it, while allowing U.S. and allied forces to see the entire battlefield. 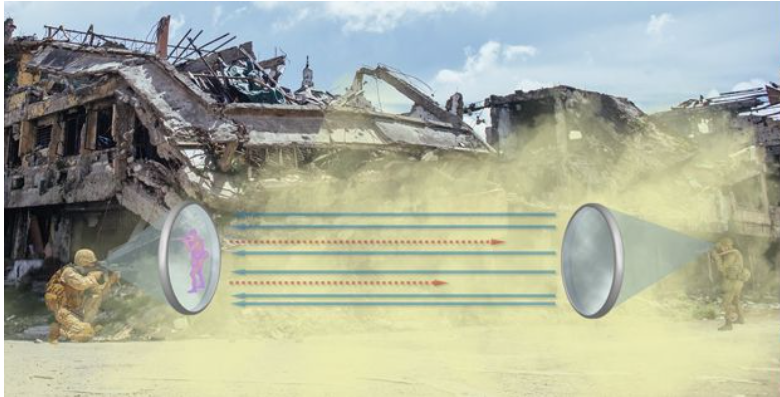 As part of its efforts, DARPA will reportedly examine Coded Visibility via two techniques called passive and active asymmetry. Passive asymmetry, for instance, may require several obscurant materials to be deployed in specific ways, allowing one-way vision through smoke plumes. Such obscurants, according to the researchers, might include smoke, a liquid aerosol spray or even metamaterials — which are engineered composites developed to interact with electromagnetic radiation for specific uses. In the case of use as an obscurant, a cloud of metamaterials could potentially block light or let it enter only from specific angles.

Meanwhile, active asymmetry might require a single obscurant material that is tunable in real time, enabling troops to see through it. This approach could potentially enable U.S. troops or allied forces to control a curtain of active asymmetry smoke by turning on or off the ability to see through the cloud of smoke using night vision or similar technology.

Further, unlike the white phosphorous in use today for creating smokescreens, which is hazardous to be around, Coded Visibility will need to be safe for humans to breathe.

By posting a comment you confirm that you have read and accept our Posting Rules and Terms of Use.
Advertisement
RELATED ARTICLES
DARPA seeks proposals for tech that extracts drinking water from the atmosphere
Better Infrared for the Battlefield
Printing Is Poised to Enter the Fourth Dimension
US Army bringing AI, drones to the battlefield
Military Drone Adopted by Israel’s Defense Force
Advertisement