A team of engineers from City College of New York has developed proteins for detecting the neurotoxin VX — among the most potent of all nerve agents — in real-time and without false positives.

Two proteins developed by the researchers can reportedly detect the deadly chemical warfare agent by changing shape when exposed to VX. 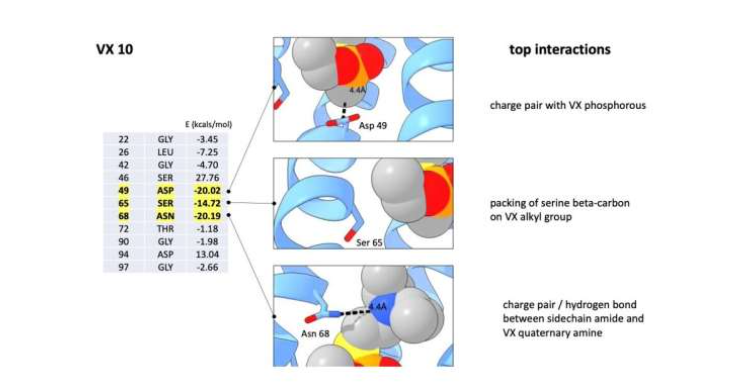 To design the new proteins, the researchers used a protein design program, dubbed ProtCAD, which designed 20 different proteins for this purpose. However, two of the first proteins of the 20 designed proved effective almost immediately, according to the researchers,

"Having the first thing we tried with a small molecule actually just work was pretty great," the researchers explained. "In that absence of VX, all of the negative charges repel each other and then the protein unfolds. And it really extends, almost like a stick. When the protein binds VX it wraps all the way around the molecule becoming much more compact."

Detectors previously designed for the detection of VX tended to produce false positive when also exposed to chemicals like insecticides. However, the researchers suggest that the new design can help prevent false positives by scanning the entire molecular surface down to one hundred-millionth of a centimeter.

The article detailing the proteins — Computational design of a sensitive, selective phase-changing sensor protein for the VX nerve agent — appears in the journal Science Advances.

By posting a comment you confirm that you have read and accept our Posting Rules and Terms of Use.
Advertisement
RELATED ARTICLES
Designing Proteins That Snap Together Like Legos
Researchers Develop Means to Create Protein-Mimicking Polymers
A new test may detect prion, Alzheimer’s and Parkinson’s diseases
High performance foam made out of cheese by-products
No yolk: Transgenic hens produce protein-based drugs
Advertisement