Already used for rapidly prototyping parts and developing custom shop-floor tools, 3D printing is spreading its wings in aviation and aerospace. The industries recognized early on the technology’s ability to reduce weight, cost and complexity without sacrificing safety or strength.

The shift from prototype to production has been swift in certain applications. 3D-printed thermoplastics, for example, appeared in interior aircraft parts such as wall panels and seat end caps more than five years ago.

In the last year alone, aviation and aerospace have used 3D printing, or additive manufacturing, on components such as fuel nozzles, engines and ductwork. Even the International Space Station now has a 3D printer to test onboard manufacturing capabilities in long-term space expeditions.

While some of these complex mechanisms are headed into the real world, other applications remain at the demonstration stage. As aviation and aerospace manufacturers overcome the limitations of additive manufacturing and develop innovative new uses, industry insiders expect stakeholders to accelerate adoption of the technology.

3D Printing Shoots for the Moon

Additive manufacturing is a natural fit within aerospace because the industry “tends to lead technology development due to the challenging requirements and high complexity, coupled with lower product quantities,” says Scott Sevcik, aerospace and defense business development manager at Stratasys. The company has provided 3D printing solutions for more than 25 years and started to build relationships with aerospace firms a decade ago. 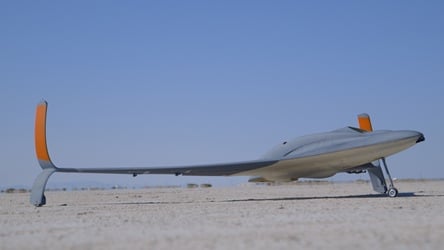 (Click to enlarge.) Aurora Flight Sciences' UAV is 80% 3D printed. Image source: StratasysWhen it comes to using additive manufacturing in flight hardware, “design freedom really shines,” Sevcik says. “It enables parts to be designed for light weight by only using the material required in a skeletal structure rather than being constrained by the design for manufacturing rules of machining or molding.”

A few development projects between 3D printing companies and aerospace organizations illustrate the progress enabled by this design freedom.

United Launch Alliance (ULA), a joint venture between Lockheed Martin and Boeing, is 3D printing thermoplastic materials for its Atlas V rocket with the help of Stratasys. Among the 3D-printed applications is ductwork for the environmental control system (ECS). ECS ducts distribute temperature and humidity-controlled air onto sensitive and avionic components during the countdown sequence prior to launch. ULA ensured that the ducts could withstand liftoff conditions by monitoring the quality standards of the thermoplastic used. That material, ULTEM 9085, handled the challenge because of its high strength-to-weight ratio. (The thermoplastic also meets the flame, smoke and toxicity requirements set by the U.S. Federal Aviation Administration.)

By using 3D printing instead of traditional metal manufacturing, ULA cut the ECS production costs by 57% and reduced the system’s assembly from more than 140 production parts to 16. The Atlas V that includes the 3D-printed ECS ducts is scheduled to launch in 2016.

At the Dubai Airshow in November, attendees witnessed the capabilities of additive manufacturing in unmanned aerial vehicles (UAVs). Stratasys partnered with Aurora Flight Sciences to design and develop a demonstration aircraft in around half the time of conventional manufacturing. Billed as the largest and fastest 3D-printed UAV to take flight, the 33-lb aircraft with a 9-ft. wingspan leveraged multiple printing materials to produce a stiff, lightweight structure. In addition to using Stratasys’s FDM thermoplastics for larger elements, engineers laser-sintered the nylon fuel tank and 3D printed the thrust vectoring exhaust nozzle in metal to withstand heat.

While thermoplastics appear to be well-vetted for aviation and aerospace production parts, 3D printing of metals is emerging as a viable option for flight-critical applications.

In 2016, GE Aviation will inaugurate the first 3D-printed parts approved to fly in an aircraft engine platform. Each of its CFM Leap engines, which will power passenger planes such as the Airbus A320neo and Boeing 737 MAX, features 19 3D-printed fuel nozzles. 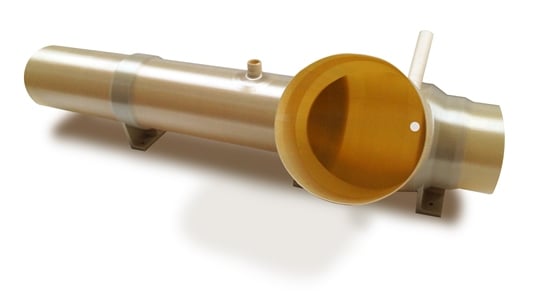 ULA’s 3D-printed ducts for the environmental control system aboard Atlas V features a high strength-to-weight ratio. Image source: Stratasys Rolls-Royce in November claimed the first flight of one of the world’s largest 3D printed aircraft engine structures. The component — part of the manufacturer’s Trent XWB-97 engine for the upcoming Airbus A350-1000 — is a 1.5-meter-diameter front bearing housing that comprises 48 aerofoil vanes. Each vane, produced by additive layer manufacturing (ALM) of metal powder, features heating passages that an anti-icing system can use to protect the engine during bad weather.

Rolls-Royce cites design freedom and reduced engine development lead time as two benefits of ALM. Although the front bearing housing successfully completed its flight on Airbus’s flying testbed aircraft, the component will be in the development only of the Trent XWB-97 engines, not the initial production. That’s due in part to challenges the technology still has to address.

“Once you have productionized a component via [ALM], then you are committed as it can only be made in this way,” Simon Burr, chief operating officer of civil large engines for Rolls-Royce, said in a statement.

Additional limitations cited by Burr include the need for enough fast-moving 3D printers for the production process as well as a dependable, adequate source of atomized metallic powder.

A Good Offense in Defense

The U.S. Defense Advanced Research Projects Agency (DARPA) also is vigilant as it assesses 3D printing in military systems. For all the promise the technology offers, “we need to prove the ability for additive manufacturing to produce parts that behave in a predictable manner,” says Mick Maher, program manager in DARPA’s Defense Sciences Office.

For applications in which the part’s guaranteed performance is critical for safety or performance reasons, “the biggest challenge will be having confidence that the part will [function] according to the intent of its design,” Maher says.

DARPA’s Open Manufacturing initiative seeks to solve this problem by developing methodologies such as targeted testing for rapid and cost-effective qualification of the additive manufacturing process for structural applications.

The program has established a manufacturing demonstration facility at Pennsylvania State University that is focused on additive manufacturing. The facility serves as a testing center to demonstrate applications of the technology, and is developing a permanent reference repository comprising contributed approaches and models that individuals can access.

Continued exploration of additive manufacturing will help address a fundamental challenge: the hype behind the technology. “People jump ahead of what the technology can do now and then are disappointed when it takes some time deliver on that promise,” Stratasys’ Sevcik says.

Since embracing 3D printing as a strategic advantage in 2012, aircraft manufacturer Airbus has shown what thorough R&D can do for the industry. Introduced in December 2014, the A350 XWB contains multiple 3D-printed parts. The company also printed more than 1,000 parts to fulfill supply chain gaps early in the aircraft’s production. Airbus has said that it intends to 3D print 10% of all aircraft parts in the near future, thanks to what it says are the technology’s production efficiencies and aircraft weight reduction.

As more aviation and aerospace manufacturers like Airbus, GE and Rolls-Royce go public with their 3D-printed applications, “companies will see uses of the technology they’ve never thought of before,” Sevcik says.