This is the HVAC tech that will replace vapor compression 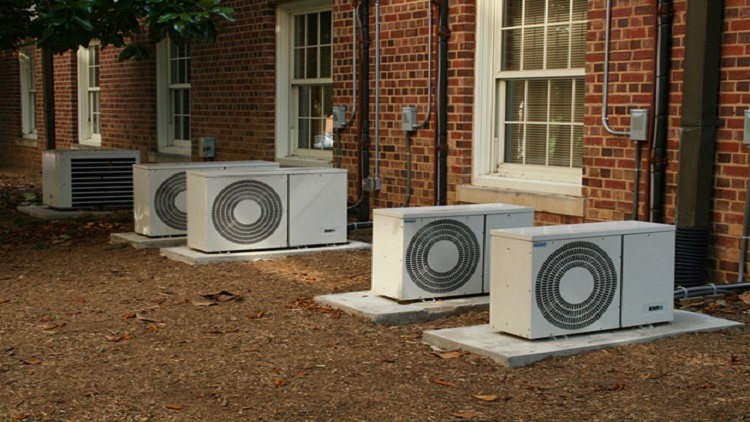 Back in 1834, Jacob Perkins built the first working vapor compression system. Considering his prototype never turned into a commercial success, it’s safe to say that he would be blown away by how widely adopted that technology has become in society. With an estimated market size of more than $14 billion dollars annually, the world definitely likes vapor compression systems.

As the world goes through another refrigerant phaseout, the obvious question is what will the future look like? Refrigerants like R-410A are being phased down in favor of more environmentally friendly refrigerants with lower global warming potentials (GWP) below 750, like R-32 and R-454B. 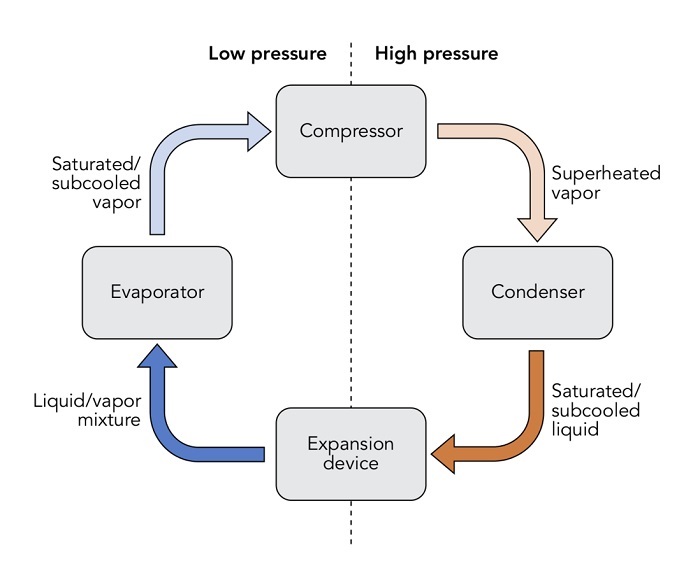 The world is just finishing the phaseout that had R-22 replaced by R-410a. As the public’s emphasis on the environment and the increasing push for sustainability continues, it is reasonable to conclude that the threshold of GWP-allowed refrigerants will continue to decrease, maybe even to a world where zero is allowed. What HVAC tech is around the corner that could satisfy both the world’s increasing need for cooling and desire for sustainability?

Let’s start our exploration of the future of HVAC tech by looking at an often-forgotten refrigerant known as R-718 or, as you may know it, water. Water isn’t exactly a modern refrigerant, having been one of the first refrigerants ever used. Additionally, it’s non-toxic, nonflammable and inexpensive.

If water is so amazing, why aren’t we using it as a refrigerant already? The temperature at which water freezes and boils makes it difficult for use as a refrigerant in modern air conditioning systems. High specific volumes at low temperatures cause high pressure ratios across the compressor. This leads to larger, less efficient compressors with higher compressor outlet temperatures. Luckily, these are engineering challenges that are being actively worked on and, especially when combined with evaporative cooling, water may be the future’s refrigerant of choice. Companies like BlueZero are actively working to make water the refrigerant of the future.

Beam the heat away with radiative panels

The purpose of HVAC technology is to move heat efficiently. Effective heat transfer is easy to do when you have a low temperature sink where you can dump unwanted heat. Fortunately, we are surrounded by such a heat sink and many of us don’t even realize it.

Outer space is really, really cold. In fact, the average temperature in outer space is around -455° F. Radiative cooling takes advantage of these frigid temperatures by emitting thermal energy from within a building to outer space using radiative heat transfer. Material science has been advancing materials that can effectively radiate solar energy away from a building as well as heat inside the building.

The key for this technology to work is to ensure that the panels face the sky, not the sun. Even with cloud cover, advanced panels are able to transmit energy through the clouds into the deep reaches of space. Companies like SkyCool Systems are building this technology today. By reducing a building’s energy usage by two-thirds or building a cooling system that requires no electricity input or refrigerants, radiative technology will certainly have a place in the future of HVAC technology.

Some materials behave very interestingly when a voltage is applied. Peltier devices, when a voltage is applied, cause one side of the material to heat up as the other side cools down. This heat transfer occurs with no moving parts or refrigerants and is fully variable by changing the amount of current being sent to the Peltier device. The flow of current to the device is directly correlated to the flow of heat through the device.

By using a Peltier style device with two airflows, heat can be pumped either into or out of the building. Reversing the polarity of the current to the device would allow the system to heat a space in cold environments. While the technology is not quite ready for commercial adoption, researchers such as Andreas Schilling at the University of Zurich are working on making that a reality. On smaller scales, the technology is already used for small areas like electronic control cabinets that need relatively small amounts of cooling.

Solid state cooling systems have many inherent benefits over systems used today: fewer moving parts leads to higher reliability and less complexity. While many forms of solid-state cooling are being developed, magnetocaloric systems show a great deal of promise.

In many ways, shape memory alloys (SMAs) can be used for cooling in a similar method to magnetocaloric systems. Physically deforming SMAs causes them to release heat. If the material is cooled and then allowed to return to its original shape, the SMA “remembers” this original shape and pulls in heat from the surrounding environment. Putting this material into forms like belts or loops allows the process to be made continuous.

Companies like Exergyn think they can have the technology commercially viable within three years. When it comes to efficiency, these SMA platforms claim to have coefficients of performance on par with vapor compression systems.

With high reliability and increased efficiency, many of these HVAC solutions will be giving vapor compression systems a run for their money. With the expanding need for global heating and cooling solutions, the technology couldn't come any sooner. Add in the desire to move away from refrigerants and it is not hard to imagine a future without vapor compression in it. Thank you, Jacob Perkins, for starting nearly 200 years of innovation, but it’s time our HVAC tech had an upgrade.

Nick Ysidron is an engineer who specializes in product development and technical writing. He previously worked for an original equipment manufacturer (OEM) leading a team of engineers and designers in building custom equipment for the commercial and industrial HVAC sectors. Nick currently designs internet of things devices, and lends his talents to DIY and maker-type projects.

By posting a comment you confirm that you have read and accept our Posting Rules and Terms of Use.
Advertisement
RELATED ARTICLES
Low GWP Refrigerants - Understanding GWP, GHG, ODP and Climate Change
Advancing a greener approach to air conditioning
Economic, Environmental Benefits of Natural Refrigerants in Geothermal Heat Pumps
Novel HVAC and building efficiency projects are targeted by Oak Ridge
What is the ideal refrigerant?
Advertisement