An artificial intelligence (AI) system developed by researchers from Aston University in the U.K could one day reduce the long wait at traffic lights and, ultimately, congestion.

The AI system, according to its developers, reads and analyzes live traffic camera footage and subsequently adjusts the lights to keep traffic flowing, thereby reducing congestion.

To accomplish this, the system relies on deep reinforcement learning wherein the system tries to course-correct when it is not performing well. This reportedly enables the system to improve as it goes. 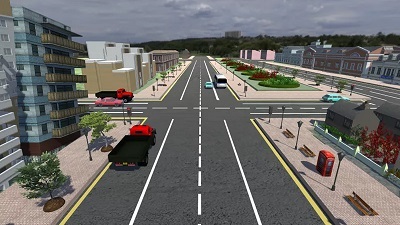 Dr. Maria Chli, reader in Computer Science at Aston University, explained that they "have set this up as a traffic control game. The program gets a 'reward' when it gets a car through a junction. Every time a car has to wait or there's a jam, there's a negative reward. There's actually no input from us; we simply control the reward system."

The researchers suggest that the system can be used to view both real and simulated traffic junctions as a means of teaching itself. They also suggest that the AI system may potentially reduce the time, fuel and income waste associated with inadequate traffic signal timing and congestion.

The team expects to begin testing the AI system on real roads later in 2022.

The research paper, Fully-Autonomous, Vision-based Traffic Signal Control: from Simulation to Reality, will be presented at the Autonomous Agents and Multi-agent Systems Conference 2022 being held virtually May 9 – May 13.

By posting a comment you confirm that you have read and accept our Posting Rules and Terms of Use.
Re: Traffic, congestion may be reduced with AI traffic light system
#1

Anyone that has sat at a red light late at night with no cross traffic would appreciate this!

Re: Traffic, congestion may be reduced with AI traffic light system
#2

The damn machine vision cameras give all kinds of false positives and false negatives as well.

I wish they would go back to the inductive sensors embedded within the pavement. Those worked so much better.

Re: Traffic, congestion may be reduced with AI traffic light system
#3
In reply to #2
PAPADOC

There was volume-density traffic signal controllers back when I took a course in traffic engineering and that was in the last century. I've often wondered why better systems haven't been used. I've also noticed that the traffic controls aren't changed until there's citizen pressure. We all know stories of people getting tickets for running a red light at 2 in the morning. And unsynchronized signals on high volume roads. Citizen protests sometimes works. We got the hated cameras that automatically give you a ticket for an intersection infraction removed. Beware, some cities still have them. 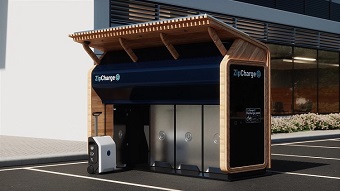