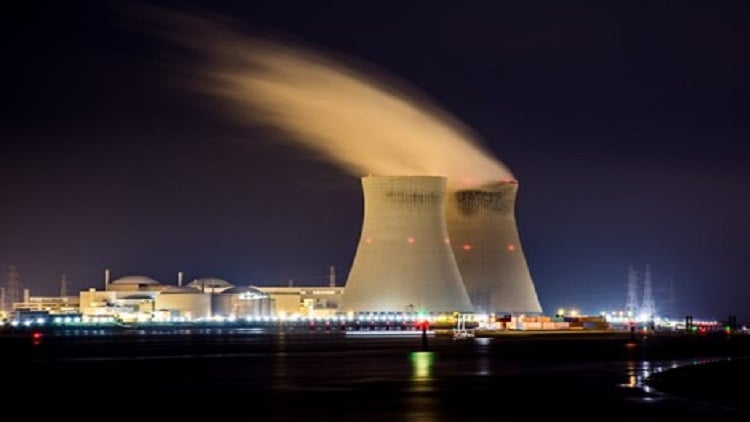 Nuclear power has what it takes to address society’s future needs while being low-cost, safe and space-efficient. Source: Unsplash

Considering the potential environmental disaster of a nuclear meltdown, it is easy to overlook nuclear power as a green energy source. In fact, nuclear power is the primary source of green energy in the U.S., accounting for 50% of non-fossil fuels and 20% of total energy production since 1990. Expanding the reach of nuclear energy may hold the keys to unlocking a carbon-free energy economy thanks to these 10 reasons below.

Nuclear energy generation relies on nuclear ‘fission,’ a process in which the atomic nucleus of uranium atoms are split apart to release massive amounts of heat. This heat is used to boil water, creating steam to propel a turbine electricity generator without emitting carbon dioxide. By cooling the water back to a liquid state, the system can operate continuously until the uranium fuel rod is spent in about two years' time. A typical fuel rod is composed of several ceramic uranium pellets, with each pellet’s energy production equivalent to 150 gallons of oil.

While the two tragedies of Chernobyl and Fukushima have called into question the overall safety of nuclear power, the actual risk of accidents remains low and has declined over the last six decades. Occupational accidents related to nuclear energy remain far lower than in the coal industry in which hundreds of workers are killed each year in coal mines. In March 2012, the U.S. Nuclear Regulatory Commission ordered the immediate post-Fukushima safety enhancements to the U.S. fleet of nuclear reactors. Maximum safety is achieved by the ‘defense-in-depth’ methodology, which in short focuses on prevention, monitoring and actions (that minimize consequences of reactor failures).

Unlike solar and wind, which can only provide an intermittent source of electricity generation (i.e., when the sun is out or when the wind is blowing), nuclear plants can operate virtually 24/7. Nuclear energy has the highest capacity factor of 92.5%, compared to 25% to 40% for solar, wind and coal, and 57% for natural gas. Essentially, nuclear power plants are operating at maximum output for about 93% of the year thanks to the minimal maintenance that occurs about every two years.

Nuclear reactors have applications beyond residential and commercial power. Desalination is a process in which ocean water is purified into drinkable water using carbon-emitting heat sources. U.S. nuclear companies are developing reactor systems for combined electricity and water desalination. Alternatively, the clean source of heat produced within the reactor via fission could be leveraged across industries that require large scale drying, manufacturing, refining, warming and cooling — also known as ‘process heat.’

Compared to other forms of renewable energy, nuclear generators are extremely space efficient. For example, a 1,000 MW nuclear plant requires about one square mile of land. Comparatively, a wind farm would need 360 times as much land while a solar plant would need 75 times the land area to support the same power generation. Because nuclear operates at a high capacity factor and does not depend on intermittent sources like wind and solar, the land area requirement is significantly less than other renewable sources, making it an attractive option for future infrastructure development.

After nuclear fuel rods are spent, it becomes nuclear waste and needs to be disposed of in a safe manner. Because nuclear energy is so dense, there is a relatively small amount of waste produced over time and is in solid form, making it much easier to transport and contain. Interestingly, all of the used nuclear fuel produced to date would only cover a football field to a height of about 10 yards — this is the same amount produced by coal plants in only one hour!

The total cost of nuclear and other power sources can be broken into three components: capital costs, operation costs and external costs. Nuclear power has high capital costs compared to other forms of energy driven by the large scale and long-term nature of the plant construction process. Operational costs for nuclear are comparatively lower than natural gas or coal plants owing to low fuel expenditures. This fact also makes nuclear’s levelized cost of electricity (LCOE) more stable, since it is dominated by fixed costs rather than variable factors like the cost of fuel. Lastly, external costs to society for nuclear power are nearly zero since major accidents are exceedingly rare and nuclear waste disposal is owned by the nuclear plant. In contrast, fossil fuel plants impart a large cost to society in the form of pollution.

So far, commercial nuclear power generation has relied on nuclear fission — the process of splitting an atom’s nucleus, which in itself is extremely energy dense. As opposed to fission, nuclear fusion actually merges two atoms into a heavier single atom with an even greater energy released — the same process occurring in stars like the Sun. In order to create a similar environment as the Sun here on Earth, research initiatives such as the International Thermonuclear Experimental Reactor (ITER) sustains a plasma, or superheated gas, within a magnetic field. The ITER first plasma is scheduled to fire up in December of 2025. If ultimately successful, fusion power plants could supply unlimited carbon-free energy based on the nearly infinite supply of hydrogen.

[Discover suppliers of nuclear power products and services on GlobalSpec.com.]

As the world grows and becomes more technology-centric, the demand for carbon-free energy will only accelerate, begging the question: which technologies will ultimately feed this demand? There is no doubt that nuclear power has what it takes to address society’s future needs while being low-cost, safe and space-efficient. Combined with recent reactor design innovations and applications beyond energy generation such as hydrogen gas production and water desalination, nuclear power is expected to proliferate even further into our society. With the massive research and development efforts around nuclear fusion, the future of nuclear power is truly unlimited.

Dalton Hirst is an Arizona-based technical editor. He earned his B.S. in electrical and computer engineering from Arizona State University, and has professional experience as an applications engineer and systems engineer for electronics and IT organizations.

By posting a comment you confirm that you have read and accept our Posting Rules and Terms of Use.
Re: 10 reasons why nuclear energy represents the future
#1

Needs to be promulgated into the public eye to change opinion.

Obviously Nuclear is the future for sustainable Carbon free energy. Civilization's need for energy will always increase. Nuclear is the only minimal resource way of providing the world transportation system's energy requirement with a zero Carbon emission solution for electric & Hydrogen powered vehicles.

Re: 10 reasons why nuclear energy represents the future
#2

The only nuclear reactors under construction today, at Vogtle in Georgia, are estimated to cost $28 billion and will produce 2200 megawatts. That's about $13/watt, not including fuel and operating expenses. By contrast, solar panels cost about $3/watt installed, have no operating expenses and their fuel (sunlight) is free and eternal, whereas the fuel for reactors is expensive and scarce uranium, a non-renewable resource extracted from the earth.