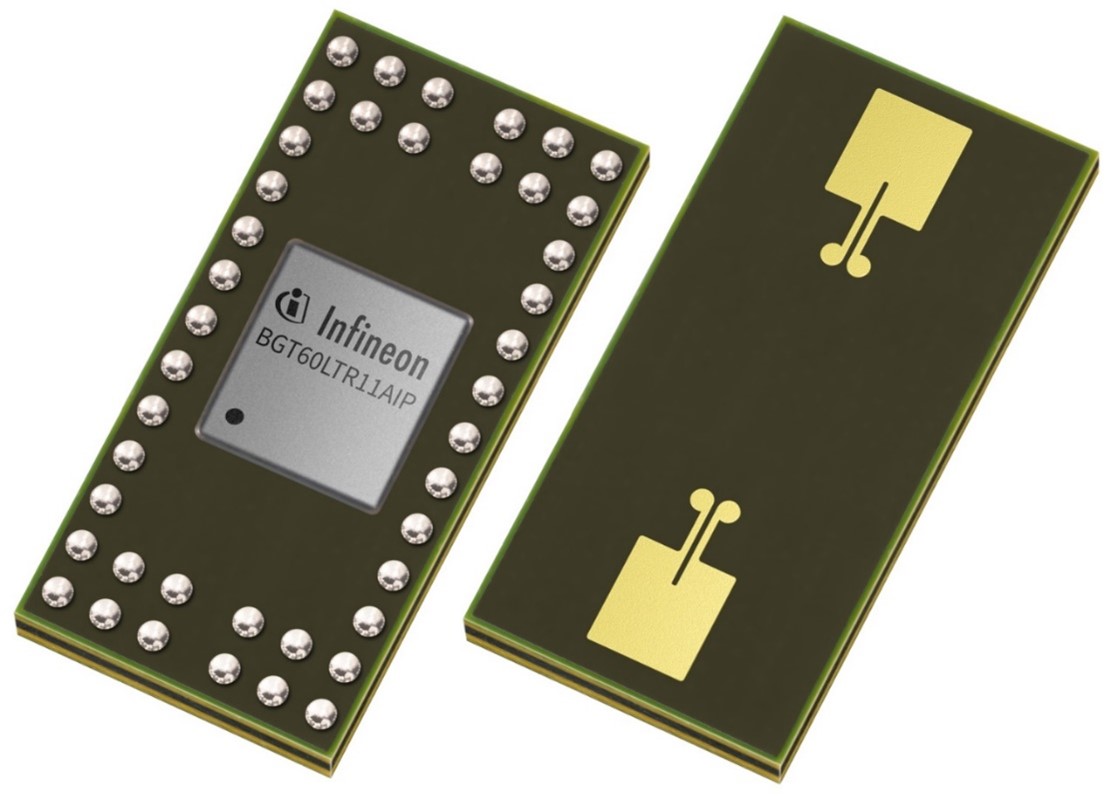 The new BGT60LTR11AIP is a size-, time- and cost-effective one-package radar solution. The high level of integration overcomes the complexity of antenna design, RF knowledge and radar signal processing at the user-end. The sensor enables radar technology for everyone. 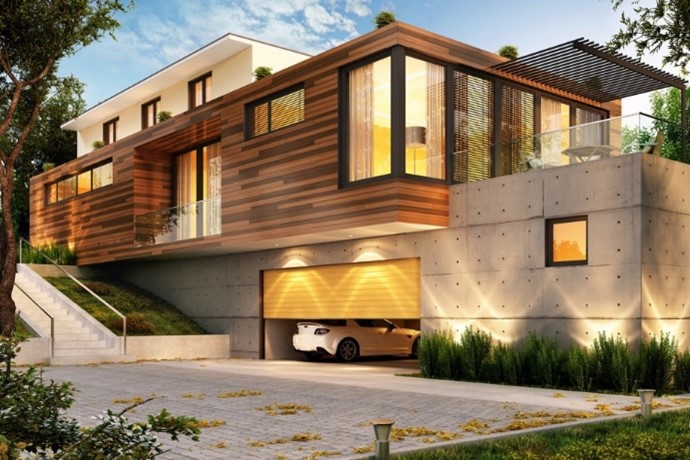 This radar solution, developed by Infineon Technologies, adds “smartness” to traditional motion sensing applications like lighting-control, automated-door opening or security alarms. In addition, the sensor can be integrated into systems like laptops, tablets, TVs, and speakers to “wake” them up based on motion (or rather direction of motion) detection. It can also put them to sleep or in auto-lock when no motion is detected for a defined amount of time. This can be a smart power saving feature for such devices and also eliminates the need for keyword based activation of systems.

Radar sensors offer the possibility to hide them inside the end product since they operate through non-metallic materials. Therefore, they enable a seamless integration of radar technology in our day-to-day lives. Let’s take a closer look at the product.

The BGT60LTR11AIP is an easy to use motion sensor solution

The BGT60LTR11AIP is a fully integrated microwave motion sensor with built-in motion and direction of motion detectors and antennas in package (AIP). A state machine enables operation of the device without any external microcontroller. In this autonomous mode, it detects a human target up to 7 m away with a low power consumption of less than 2 mW.

With its fully autonomous operation mode, the BGT60LTR11AIP allows the use of radar with an unprecedented simplicity. The sensor is designed to operate as a Doppler motion sensor in the 60 GHz ISM-band and fulfills ETSI and FCC regulations for use in the EU, the U.S. and Japan. The two integrated detectors provide two digital output signals — one indicating motion and the other indicating the direction of motion (approaching or departing) of a human target.

The small 3.3 x 6.7 x 0.56 mm³ sized monolithic microwave integrated circuit (MMIC) includes integrated antennas within its two-layer laminate package, which eliminates the complex antenna design at the user-end. It also allows customers to use standard FR4 materials for their PCB designs with this MMIC.

Figure 3: The shield provides the supporting circuitry to the BGT60LTR11AIP MMIC. Source: Infineon Technologies AG
Figure 3 depicts a PCB with the BGT60LTR11AIP MMIC using minimum supporting circuitry: a low-noise voltage regulator (LDO), a crystal oscillator source (38.4 MHz) and external capacitors. Two LEDs illustrate the output of the radar sensor: A green LED lights up when a target is detected, the red LED indicates the direction of motion of the target.

The shield demonstrates the features of the BGT60LTR11AIP MMIC and provides a complete turnkey radar solution. It makes it possible to use the MMIC as a ‘plug-on’ motion sensor to an existing system by connecting a power supply to voltage common collector (VCC) and ground (GND) castellated holes.

The BGT60LTR11AIP is designed for low-power Doppler radar operation

The block diagram of the BGT60LTR11AIP MMIC is shown in figure 4. The chip package includes one transmitting and one receiving broad-beam antenna for maximum area coverage with a horizontal and vertical half power beam width (HPBW) of 80°.

The integrated voltage controlled oscillator (VCO) generates the high frequency signal, which is stabilized by a phase locked loop (PLL). The transmit section consists of a medium power amplifier (MPA) with configurable output power. It can be controlled via the serial peripheral interface (SPI). Integrated power detectors monitor the transmitted power.

The integrated analog base band (ABB) unit consists of a sample and hold (S&H) circuit for low power duty-cycled operation followed by an externally configurable high pass filter, a variable gain amplifier (VGA) stage and a low pass filter. The digital detectors generate pulses based on target movements in front of the radar. The detector circuitry offers a user-configurable hold time, hit counter and detection threshold for maximum flexibility and robustness against false alarms. “Hold time” is equivalent to the duration during which the output of the detectors remains active after a target detection. “Hit counter” refers to the number of comparator output pulses required by the state machine to have a valid target detection. 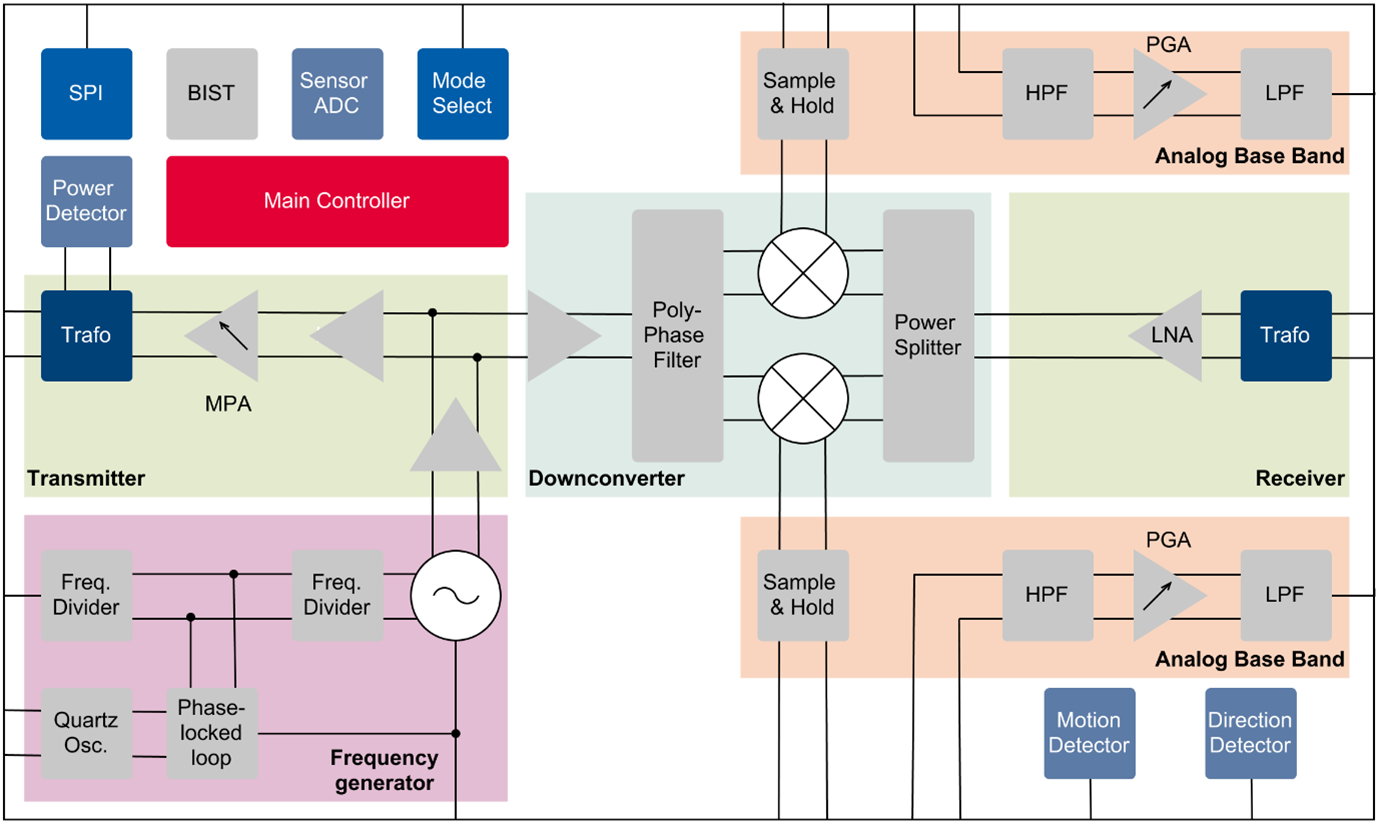 The MMIC has four quad-state (QS1-4) input pins that give the performance parameters flexibility even when it is running in autonomous mode. For instance, the user can easily select between 16 threshold values at QS2 to increase or reduce the detector sensitivity. The following table displays the QS parameter settings:

For experienced radar users, the MMIC also supports a semi-autonomous and an SPI mode by changing the operation mode with QS1 pin. In these modes, the radar raw data can be extracted from BGT60LTR11AIP for signal processing on a PC or an external microcontroller unit (MCU) using SPI. This sampled radar data can be used for developing customized algorithms. Therefore, the shield can also be attached to an Arduino MKR board or an Infineon Radar Baseboard MCU7.

Infineon’s Toolbox supports this platform with a demonstration software and a radar graphical user interface (radar GUI) to display and analyze acquired data in time and frequency domain.