To prevent pigeons from releasing their acidic droppings and causing damage to rooftops, building facades, ledges and other hard-to-reach places, researchers from the École polytechnique fédérale de Lausanne (EPFL) — otherwise known as the Swiss Federal Institute of Technology Lausanne — have developed an autonomous pigeon deterring system.

The system consists of a base station featuring a high-resolution pan-tilt-zoom camera that surveys rooftops for pigeon activity. Once the system detects such activity, a drone is dispatched to the rooftop to discourage the pigeons from hovering and gathering. 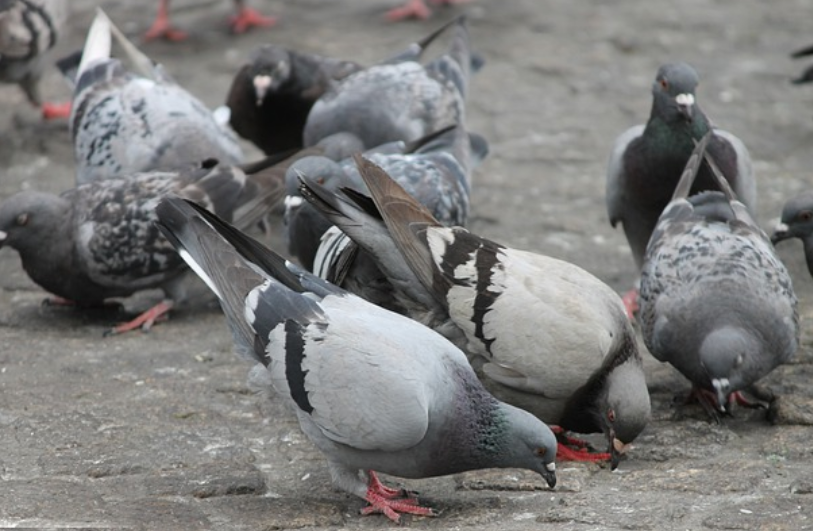 During testing in Lausanne, the drones deployed by the system reportedly cut the amount of time pigeons loitered on rooftops — from an estimated 2.5 hours to just a couple of minutes once the drone was deployed.

The EPFL team will next consult zoologists to better inform them of pigeon behaviors to improve the system’s design.

For more information, watch the accompanying video that appears courtesy of EPFL.

The article, Autonomous Detection and Deterrence of Pigeons on Buildings by Drones, appears in the journal IEEE Xplore.

Re: Drone deters pigeons from rooftops
#1

Peregrine falcons will deter pigeons from rooftops too.

And they don't need to be re-charged.

Re: Drone deters pigeons from rooftops
#2

I was flying a kite that had a falcon image on it,and all of my chickens went inside the hen house.

The were frightened by it.

A drone with a falcon-shape, parked nearby could work,but it will have to move around sometimes .

The pigeons are smart,and if it does not move they will get used to it and ignore it.

The drone could be recharged by solar cells enough to make short show-of-force flights.

See the entire discussion on CR4, the Engineering Community
Advertisement
RELATED ARTICLES
Electricity Is Generated from Salt, Water and a Membrane
Defense company develops anti-drone laser technology
The military now recruiting drones
A drone for cleaning solar panels is on its way
Laser-based defense system can down autonomous drones
Advertisement