A drone for cleaning solar panels is on its way 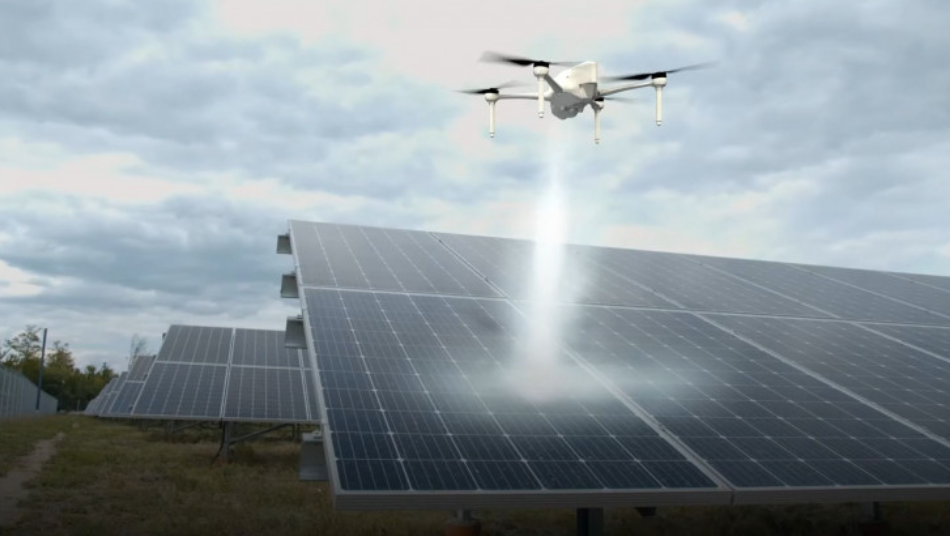 Often located atop tall buildings or in remote locations, solar panels accumulate dust and debris, thereby impacting their performance and making it necessary to regularly clean them — a task that is conducted manually.

According to its manufacturers, the autonomous drone can reduce solar panel cleaning costs by roughly 25%.

For more on the solar panel cleaning drone, watch the accompanying video that appears courtesy of Airobotics and Solar Drone.

By posting a comment you confirm that you have read and accept our Posting Rules and Terms of Use.
Re: A drone for cleaning solar panels is on its way
#1

I see nothing stating how much fluid capacity this drone carries in order to clean a panel. This surely smacks of toy and a game in order to reduce employing people to do a simple job. I'm afraid all this tech has become silly and pointless. clever but pointless in my opinion.

If we keep reducing jobs for people, just who will these robots be employed for if there are no people left to accept the services? The only idiots who will need electricity will be the robots.

Re: A drone for cleaning solar panels is on its way
#2
In reply to #1
Rixter

Maybe they could fly the drone close to the surface and let the downdraft blow the dust off...