The Department of Physics at the University of Johannesburg, under the direction of Professor Odireleng Martin Ntwaeaborwa, is researching techniques to make LEDs brighter and longer-lasting. Creating a lower-cost LED bulb with a longer working life will allow a much wider adoption worldwide and support global efforts to reduce energy consumption. 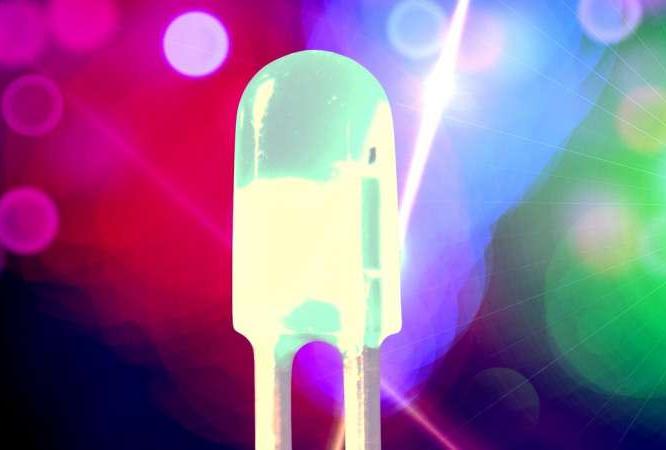 The study found that adding sulfate to cerium-doped zinc oxide doubled the light intensity produced by an equivalent LED. The everyday use of zinc oxide in electronics makes this an attractively practical solution based on known processes. Cerium-doped zinc oxide can also generate light at various wavelengths depending on excitation energy and create multi-color outputs.

LED light bulbs have distinct advantages over alternate filament-based bulbs. Not only do they consume less energy to produce an equivalent lighting level, but they also operate at significantly lower temperatures. In the USA, on average, 1,850 house fires are caused by lamps and light bulbs, according to the National Fire Protection Association. In over a third of cases, the fire started by combustible material located too close to the hot light source.

In developing countries where regulation and control of the fire resistance of building materials is less rigorous, the problem is more common. Offering a low-temperature solution, therefore, brings significant safety benefits. However, the problem comes down to money; LED light bulbs are significantly more expensive to produce. Also, there are limits to the current LED lifetime because of material degradation over time.

The main excitement comes as this material can emit white light by combining the colored light. This traditionally required three separate red, green and blue LEDs to achieve. This ability can potentially slash manufacturing costs, with one component replacing three.

However, there is an additional benefit. Cerium-doped zinc oxide is a relatively stable component with limited degradation over time, which indicates any final application should achieve long operating life. While cerium-doped zinc oxide generates relatively low light levels, the addition of sulfate was key to optimizing light output. The key to future research is to leverage these findings to conventional LED technology.

Another positive to this research is that the proposed materials are safe to handle and environmentally friendly. Therefore, storing and disposing of the material is not expected to cause environmental harm.

Re: The search for better LED light bulbs
#1

Hard to believe they could get much better or cheaper.

Re: The search for better LED light bulbs
#2
In reply to #1
Stef

They need to be made longer lasting and I don't mean the brochure ware lifespan I mean the real life span for I have had so many fail prematurely, especially the filament look alikes.