Two of the most common industry methods of curing adhesives are through either heat or ultraviolet (UV) radiation. However, it’s also known that both of these methods have a few drawbacks. Some substrates can’t handle the long dwell times in curing ovens, while UV curing has trouble reaching all parts of the assembly in many cases. But there’s a new technology that has some advantages over these traditional methods — microwave radiation. 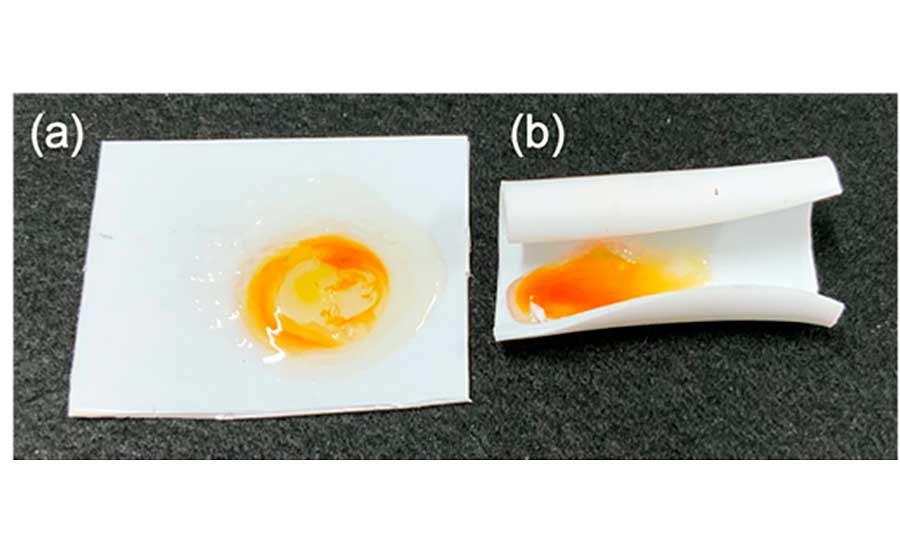 Adhesive cured via microwaves (a) vs. an electric heat furnace (b). Source: Sophia University, Japan

Similar to UV radiation, microwaves are a form of electromagnetic waves. But unlike UV radiation, microwaves are radio waves rather than light waves, meaning there are no components that microwaves can’t reach. This is a huge advantage for some large-scale assemblies. Even better, since only certain materials can absorb microwave energy and undergo self-heating, this makes selective heating a possibility. Specifically, microwaves have the ability of selective heating to cure an adhesive while simultaneously cooling other parts of the substrate by other means. This would never be the case with traditional methods of curing adhesives.

In fact, several studies have already examined the potential applications of microwave radiation to cure epoxy adhesives, and with good results. The studies showed that adhesives cured with microwaves were very similar to the same type of adhesives cured with traditional heating methods. Furthermore, microwaves provided a much faster curing time and with equivalent results in mechanical strength.

A possible advantage with microwaves would be to incorporate an extraneous material into the adhesive that responds well to microwaves, such as carbon nanotubes or activated carbon powders. One study did just that and showed that curing the carbon-enriched adhesive mixture in a commercial microwave only required 10 minutes, compared to 8 hours using a conventional oven.

The possibilities are endless with using microwave technology for curing adhesives. It is almost for certain we will be seeing it in more industrial applications in the near future.

By posting a comment you confirm that you have read and accept our Posting Rules and Terms of Use.
Re: Microwaves: A great alternative to curing adhesives
#1

I wonder how microwave curing would work on metal-filled epoxies such as J-B Weld™. I suppose that depends very much on the size, shape and density of the metal particles, and perhaps the resistivity of the metal also.