Researchers at Karlsruhe Institute of Technology (KIT) and Technische Universität (TU) Darmstadt in Germany have developed a novel sensor for gas molecules.

To do this, the researchers combined a graphene transistor with a custom organometallic coating. The sensor reportedly detects molecules in a targeted and accurate manner and paves the way for a new class of sensors. As an example, the group demonstrated an ethanol sensor that does not react to other alcohols or moisture. 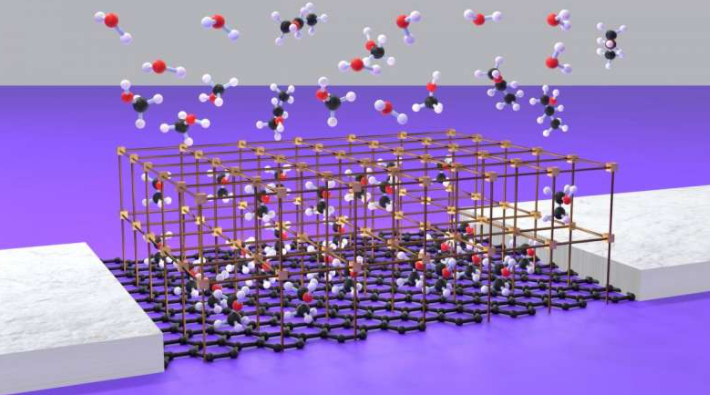 Sensors capture certain physical or chemical properties, such as pressure, strain or gas molecules, and forward the data for processing. As such, the further development of sensors is critical for technological progress. Sensors are characterized by their selectivity (the ability to detect a certain property even in the presence of other, potentially disturbing properties) and sensitivity (the ability to detect even low values).

The researcher teams at KIT and TU Darmstadt have succeeded in developing a novel sensor for molecules in the gas phase. The scientists report that the functional principle of this new class of sensors is based on the combination of sensitive graphene transistors with custom organometallic coatings. This combination enables selective detection of molecules and the authors demonstrated an ethanol sensor that, unlike currently available commercial sensors, does not react to other alcohols or moisture.

Graphene is a modification of carbon with a two-dimensional structure. Graphene is inherently highly sensitive to foreign molecules that accumulate on the surface. "However, graphene as such does not exhibit a molecule-specific interaction as required for an application as a sensor," explained Ralph Krupke, professor at KIT and TU Darmstadt. "In order to achieve the required selectivity, we had an organometallic framework grown on the surface," Krupke continued.

Metal-organic frameworks (MOFs) are composed of metallic nodes and organic molecules as connecting struts. Through various combinations, these highly porous crystalline materials can be tailored for various applications, for example to achieve selective absorption capacity for certain molecules in sensors. The researchers demonstrated a selective sensor platform by growing a surface-mounted metal-organic framework (SURMOF) directly onto a graphene field-effect transistor (GFET). Such a device benefits from the high sensitivity and easy readout of a GFET as well as from the high selectivity of a SURFAF.

"The combination of the unique electronic properties of graphene with the immense chemical variability of MOFs opens up huge potential," said Christof Wöll. Since SURMOFs can be produced in many variants and the interface between GFET and SURMOFs can be chemically designed differently, the work of the researchers paves the way for a completely new class of sensors with precisely adjusted selectivity and sensitivity. "This is where simulation can help," explained Wolfgang Wenzel, “as we can build many MOFs on the computer without having to synthesize them."

The researchers report their results in the journal Advanced Materials.

By posting a comment you confirm that you have read and accept our Posting Rules and Terms of Use.
Advertisement
RELATED ARTICLES
Fujitsu Uses Graphene to Open Gate to New Gas Sensors
MOF Sensors Have Sulfur Dioxide in the Pocket
Wearable gas sensor could revolutionize health or environmental monitoring
Graphene Used to Understand Filtration and Ion Transport into Cells
Graphene-based sensor detects infections in 15 minutes
Advertisement 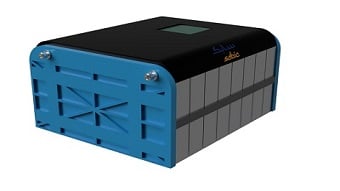