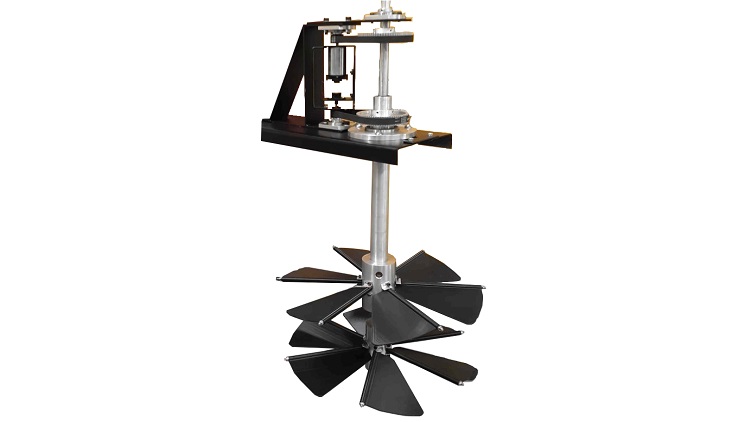 Prospects for increasing the efficient exploitation of wave energy may improve with the development of a dual-turbine energy converter. The prototype engineered by researchers from RMIT University, Australia, and Beihang University, China, is reportedly twice as efficient at harvesting power as any similar technologies developed to date.

Two turbine wheels are stacked on top of each other and rotate in opposite directions. These counter-rotational turbine wheels are connected to a generator stator and rotor through a belt-drive transmission system, which serves to amplify the rotational speed of the generator. Placing the generator inside a buoy above the waterline protects the equipment from corrosive seawater and extends the lifespan of the device.

Laboratory testing demonstrated that the prototype described in Applied Energy could draw twice as much power from ocean waves as conventional point absorber designs, while promising a simpler and cost-effective path forward. A maximum harvested efficiency of 11.5% and harvested power of 26.4 mW were documented at a wave excitation condition of 80 mm in amplitude and 0.3 Hz in frequency at an underwater volume of 0.002 m3.

The researchers plan to scale the technology up for evaluations in a tank or in real-life ocean conditions.

Re: Energy converter doubles the power extracted from ocean waves
#1

Now add two similar turbines at 90 degree angles to the shaft,and increase the power even more.