Wave Energy: Chasing the Big One 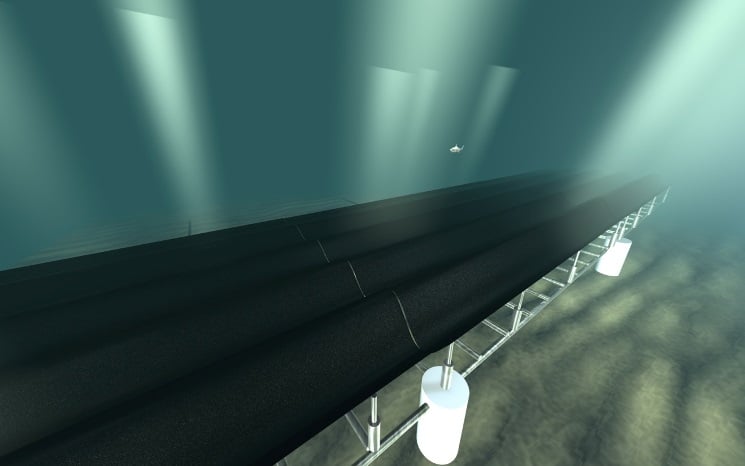 For years, energy experts have heralded the power-generating potential of the waves that relentlessly pound the world’s coastlines. An average 4-foot, 10-second wave puts out more than 35,000 hp per mile of coastline. Waves also produce far more kinetic energy than wind from much smaller devices. And, unlike solar and wind, waves can deliver a constant, predictable energy source.

The Electric Power Research Institute (EPRI) estimates that the technically recoverable wave energy resource in the U.S. alone is about 1.1 trillion kWh/yr, or about one quarter of the country’s electricity consumption. On a global scale, the World Energy Council estimates that about 2 million megawatts – roughly double current world electricity production -- could be generated from wave power.

Despite such estimates, wave energy remains an unfulfilled dream. A 2015 report in Yale University’s Environment360 says that ocean power worldwide is expected to produce 1 gigawatt of electricity by 2020, a fraction of the 370 gigawatts generated by wind. Global investments in marine power – $400 million in 2014 – were miniscule compared with solar energy’s $150 billion. Meanwhile, two prominent Scottish wave energy companies that received government support – Pelamis and Aquamarine Power – reportedly have hit the financial skids.

Behind the sluggish start for wave energy, say energy experts, are the steep costs of producing energy in harsh ocean environments, uncertainty over which designs are most viable, and an economic climate that includes a worldwide oil glut and competition from proven renewable performers like solar and wind. 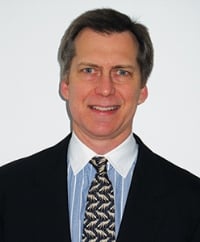 EPRI’s Paul Jacobson: Wave energy must converge on a cost-effective design.“The high costs of wave energy are directly related to the technical challenges of designing power systems that are efficient, reliable and durable,” says Paul Jacobson, a senior technical leader at EPRI. “But remember that wind energy also had a long gestation period before it took off.”

Eyes on the Prize

Jacobson is among many experts who see the need for the fledgling wave energy field to converge on a proven design, much like the wind turbine industry gravitated to the now-standard three-blade configuration. “Right now, there are too many designs out there,” says Jacobson.

The U.S. Department of Energy is trying to nudge wave energy toward just such a design convergence with its Wave Energy Prize program. The program includes $2.25 million in prize money for three teams that can design devices capable of capturing twice as much wave energy as today’s current technology while also keeping structural and material costs in check. 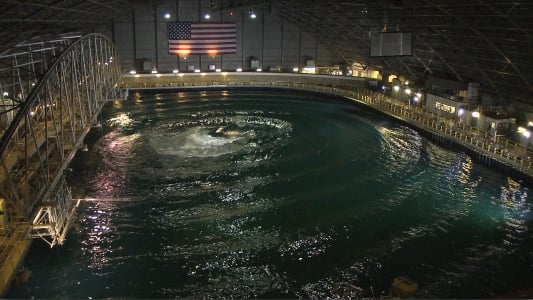 Teams competing in DOE’s Wave Energy Prize competition will test their devices at the Navy’s Maneuvering and Seakeeping Basin. Image source: DOE. In early March 2016, DOE named nine finalists in the competition. They were selected from a field of 92 who entered in July 2015. The finalists, whose 1/50th scale wave energy converters (WECs) were evaluated in wave tank tests, are now building 1/20th scale models that will square off in the summer of 2016 at the Navy’s wave-making facility in Carderock, Maryland.

DOE views the prize competition as a tool for jump-starting private sector interest in the marine power field. “Wave energy is a newcomer in renewable field, so costs are still higher than other sources,” says Alison LaBonte, a program manager in DOE’s Wind & Water Technologies Office. “That opens up a clear role for DOE to invest in this high-risk, high-potential-payoff field.”

It remains to be seen if the competition will clarify the type of wave energy devices most suitable for commercial scale-up, as DOE officials hope. Consider the different WEC concepts from the four teams that received the highest ratings from program judges following testing of the 1/50th scale models:

· The University of California-Berkeley’s CalWave team designed a totally submerged system, which features an elongated “wave carpet” made of non-corrosive composite materials. The energy from overtopping waves is absorbed by the carpet and converted to hydraulic energy using double-reacting reciprocating pumps connected to the carpet. Among the team’s backers is the Lawrence Berkeley National Laboratory.

· Oscilla Power’s Triton point absorber features a moored surface float connected by flexible tethers to a submerged heave plate. As ocean waves excite the surface float, it reacts against the heave plate, causing tension changes in the tethers. These tension changes are applied to a linear drive train, consisting of a hydrostatic load amplification system and a variable reluctance generator that translates the mechanical energy into electrical energy.

· The Sea Potential team of Bristol, Rhode Island, is competing with its DUO device. This point absorber connects oscillating bodies with angled pre-tensioned cable linkages and a power takeoff (PTO) system. This configuration enables power capture from pitch motions to be exploited simultaneously with heave motions. The DUO’s primary power absorption comes from damping the relative heave and rotational motions of the oscillating structures.

Oscilla Power’s Triton WEC is one of the top-rated devices in DOE’s Wave Energy Prize competition. While the DOE competition seeks to accelerate wave energy technology, the participating teams – most of them small startup ventures – have no illusions about the investments that will be needed to commercialize their concepts. John Rohrer, team leader for RTI Wave Power and a former energy development manager at multiple large companies, says it will take heavy involvement by firms like Siemens, Hitachi, ABB and GE to make wave energy a significant part of the power generation portfolio.

“We have to go beyond today’s pilot projects where a startup installs one or two WEC devices,” says Rohrer. He estimates that it would cost about $3 million to install one full-scale version of the F2 QD, which weigh 200 tons and measures 28 meters wide. “In a commercial wave energy farm connected to the grid, you would be talking about an array of 50 to 100 units and a cost of a quarter billion dollars.” Still, Rohrer believes that the wave energy industry will “take off in 5 to 10 years,” as the field converges on cost-effective designs.

First in the water was NWEI’s Azura WEC, developed initially by Wave Energy Technology-New Zealand and deployed at the Navy test site in June 2015. The 45-ton device features a 360-degree rotating float mechanism that can extract power from both vertical and horizontal wave motions. The University of Hawaii is gathering cost and reliability data on Azura, which is being billed as the first wave energy device connected to a U.S. power grid. An earlier prototype of Azura was evaluated at a site off the Oregon coast maintained by the Northwest National Marine Renewable Energy Center (NNMREC).

Beyond full-scale testing, DOE earlier in 2016 awarded $10.5 million to six companies for development of technologies that improve the durability and survivability of WECs. Among the projects, M3 Wave, Salem, Ore, will focus on modeling tools to assess environmental threats to WECs and reduce maintenance costs. Oscilla Power will explore ways to optimize the design of its WEC to prevent damage during severe weather.

To spur innovation in the components that make up WECs, DOE also is investing $7.5 million for such projects as:

· Development of composite components that include built-in diagnostics to prevent system failures.

From Software to Seals

Meanwhile, government labs, such as Sandia and Pacific Northwest National Laboratory (PNNL), are leading ocean energy activities ranging from new software programs and high performance computing to studies on the impact of WECs on the ocean environment. 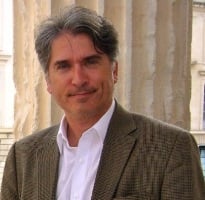 Vincent Neary of Sandia National Labs: Surviving harsh ocean environments remains a major challenge for wave energy systems. At Sandia Labs, water power technology lead Vince Neary says that many of the teams participating in the Wave Energy Prize are using Sandia’s open-source WEC-Sim modeling and simulation software for design of their devices. The software can model WECs comprised of rigid bodies, take-off systems and mooring structures, while simulating performance in 6 degrees of freedom and under varying weather conditions. Another open-source tool, SNL-SWAN, lets engineers analyze the performance of multiple WECs installed in arrays, as well as their interaction with the ocean environment.

In addition, Sandia harnesses its high-performance computing to help companies improve both the performance and siting of water power technology systems. One key example is a joint effort with the National Renewable Energy Laboratory (NREL) to analyze turbine technology from Maine-based Ocean Renewable Power Corp., a pioneer in tidal power systems.

As Neary sees it, one of the biggest challenges facing wave energy is designing systems that can survive 20 years or more in punishing ocean environments where system maintenance is often difficult, dangerous and expensive. Still, he says he remains optimistic. “Wave energy is where wind and solar were in the ‘70s and ‘80s,” says Neary. “The installed base of those renewables is now far beyond what many people were predicting even ten years ago.”

When it comes to the impact of ocean energy on the marine environment, including fish, seal mammals, and ocean bed vegetation, government studies so far reveal no major showstoppers. For example, one Sandia-PNNL study of possible tidal energy risks to sea mammals concluded that it is unlikely that whales and seals will collide with or be killed by turbine blades. A 2015 DOE-funded study by the H.T. Harvey ecology firm found that underwater WEC structures and mooring lines may actually serve as artificial reefs for some fish species. 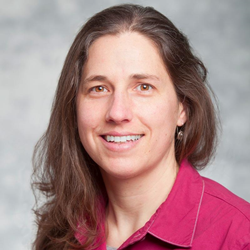 With private investors still skeptical, government needs to back wave energy R&D, says DOE program manager Alison LaBonte. As with other major construction projects, large-scale wave energy farms are sure to face a gauntlet of government permits and environmental approvals. To ease that burden and provide a roadmap for wave energy planning, PNNL has produced a model showing the environmental and permitting costs that can be expected for installing both pilot and commercial wave energy systems. DOE also has set up a new Marine and Hydrokinetic Data Repository, where companies and technology developers can access research on water power technology.

Will these efforts lead to a hoped-for surge in wave energy development? With a worldwide oil glut and large-scale investors still watching from the sidelines, the answer is likely to be “not yet.”

The field is largely populated by small companies that are pushing pilot projects, which suggests that wave energy is still moving through the “valley of death” in terms of commercial viability, says Professor Ted Brecken, an energy systems expert at Oregon State University. “The root of the problem is still cost per kilowatt hour, which is around 30 cents for these pilot projects, far more than commercial wind systems.”

Even so, government support and an active base of engineer-entrepreneurs are keeping the dream of wave energy alive. Says DOE’s LaBonte: “Wave energy is a very predictable renewable energy source, and with 50 percent of our nation’s population living within 50 miles of a coast, wave energy still holds promise.”

By posting a comment you confirm that you have read and accept our Posting Rules and Terms of Use.
Advertisement
RELATED ARTICLES
Video: Analytical tool helps developers make the most of wave power
Video: Demo slated for wave energy array
DOE Names Wave Energy Prize Winners
Standing Up to the Perfect Storm
How wave energy will help with future space missions
Advertisement