The primary purpose of a potentiometer is the calibration of the voltage of cells. However, the device can be adapted to the calibration of voltmeters, ammeters, resistors, wattmeters and pyrometers. Strictly speaking, it does not measure anything; instead, it compares known values with unknown values, which can be referred to as linear measurement.

A sensitive voltmeter such as a good moving-coil instrument can measure the voltage of a cell. However, no matter how small the current taken by the meter, there is always a voltage drop within the cell due to its internal resistance. Thus, the meter will always register a voltage slightly less than the cell's true potential.

If point B is taken as a reference point, the voltage gradient along the wire will vary from zero (at point B) to the voltage of the supply source.

A cell of known voltage is connected in series with a galvanometer between the sliding contact and point B. This cell is usually one called a "Weston standard cell" (see Figure 2). Its no-load voltage is 1.0183 V at 20° C. It is a reliable cell with a constant voltage and is relatively temperature tolerant.

A point C1 can be found on the length of the resistance wire where the galvanometer will register zero voltage. This is noted against the attached scale as a distance. Effectively, it is another way of stating that the length of a resistance wire corresponding to BC1 bears a direct relationship between the voltage gradient along the wire and the voltage of the Weston cell.

The cell to be tested then replaces the Weston cell. (In Figure 1(a), a changeover switch has been provided.) A balance is again found by adjusting the sliding contact (at point C2). By calculation, these lengths can now be transformed into the required voltages by a simple ratio.

The above description illustrates the principle of the potentiometer. Modifications have been introduced to simplify its use and to improve its accuracy. First, the length of the slide wire section was increased to something like 7 m. This made the instrument rather cumbersome to use and calibration tedious. Next, the wire was split into sections, requiring only the last section to be calibrated in terms of length.

The modern version uses standard resistors, which take up far less room. The sliding scale is retained. This can be seen in Figure 1(b). Note also from the diagram that instead of a variable resistor for the power source, two adjustable resistors are used. One is for coarse adjustment, the other for fine adjustment. Each controls the amount of current taken from the power source.

By posting a comment you confirm that you have read and accept our Posting Rules and Terms of Use.
Advertisement
RELATED ARTICLES
The DC energy meter: A key part of the DC fast charging infrastructure
Technology Could Make Aircraft and Ships Stealthier
A deep dive into analog multimeters
How DC motor starters operate
How to Build an Electromagnet
Advertisement 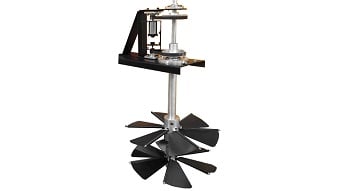