Coil Driver is a next-generation dynamic motor controller that expands the capabilities of electric motors by enabling multiple dynamic profiles in operation. The device replaces classic inverters and can calculate the system’s demands for torque or speed, and seamlessly switch the configuration to match the desired output in real time to optimize the power train electronically—extending operating ranges, and increasing operational efficiencies. A single motor can repeatedly change configurations on the fly and under 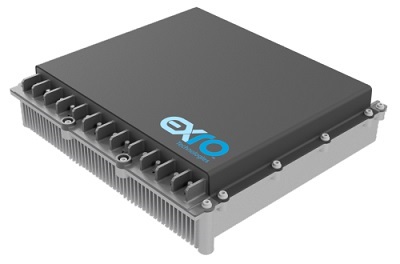 Source: Exro Technologiesdemand to deliver optimal performance at low speed as well as at high speed.

Currently, EVs require three different types of power electronics components to command the vehicles in motion and charge the batteries from either the grid or renewable energy sources: a motor drive, on-board charger and external DC fast charger. Exro engineers found that the Coil Driver technology has the ability to replace all three components, significantly reducing the cost and complexity of deploying EVs and the charging infrastructure at scale.

Initial findings show that the minimal addition of voltage sensors to the existing Coil Driver enables this charging infrastructure use case.

By posting a comment you confirm that you have read and accept our Posting Rules and Terms of Use.
Advertisement
RELATED ARTICLES
EV Charger Is in Development by Solstin
Charge-as-You-Drive Could Ease Electric Vehicle Range Anxiety
EV wireless charging moves closer to reality with Volvo investment
So then, where is my electric vehicle (EV)?
New brushless DC motor with integrated driver saves space and time
Advertisement