So then, where is my electric vehicle (EV)? 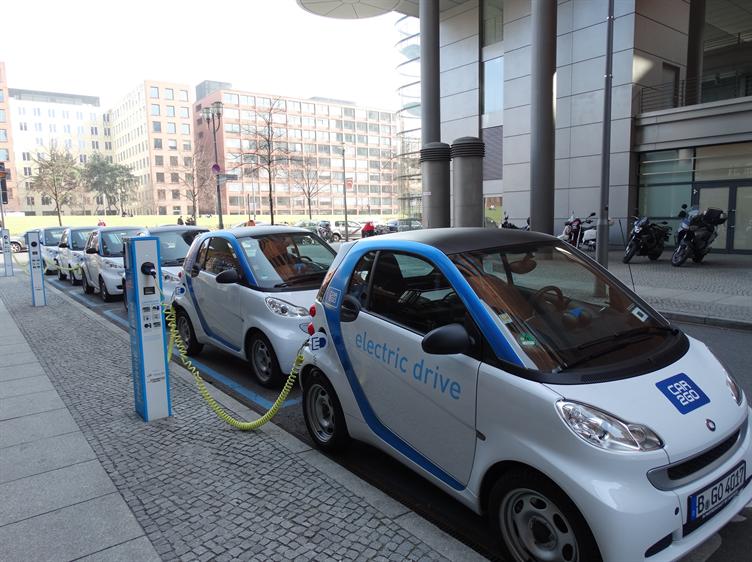 It is 2021. The film Back to the Future showed that flying cars, powered by nuclear fuel, would be commonplace in 2015. Not only are we not using flying cars, we are not even using electric cars on the ground. We are still using gasoline powered cars, just as we have for 100 years. What happened? Where is my electric vehicle (EV)?

To replace fossil-fuel powered vehicles, electric and hybrid EVs have been developed. EVs are powered entirely through an onboard battery that discharges through electric motors that drive the wheels. When the battery is depleted, the car must be plugged in to recharge the battery bank. This is different from hybrid electric vehicles (HEVs), which use a gasoline motor to run a generator to keep a battery charged. An advanced control system monitors the required power, and decides whether to draw power from the battery or the gasoline motor.

The average American commutes 30 miles each workday, which is well within the cruising distance of the EVs currently on the market. Drivers can charge their vehicles overnight, commute to work, charge the vehicle at work, and then return home, perhaps even doing a little shopping or sight-seeing after work. So why haven’t they caught on? 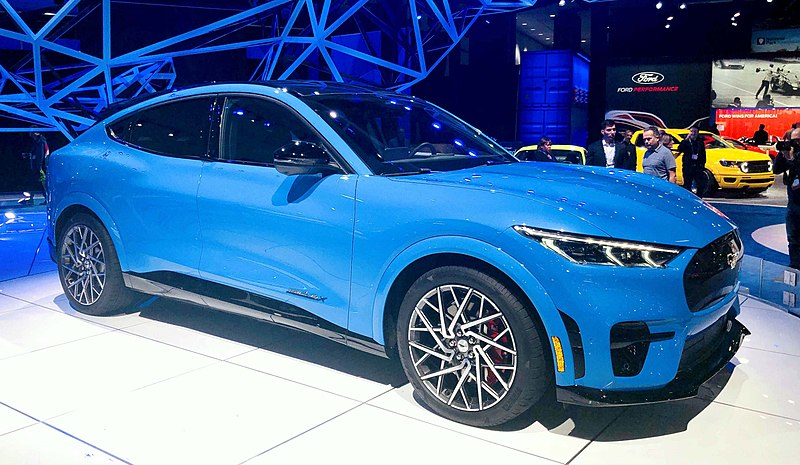 The push for EVs has been focused on environmental concerns. The common thought is that if electric cars replace gasoline and diesel cars, there will be a reduction in air pollution. There is some truth to this, as the electric cars will not generate combustion byproducts. However, the power to charge the batteries must come from somewhere, and that often comes from coal-fired power plants. Because large power plants are typically located outside of metropolitan areas, the net result is that urban areas appear cleaner as EV use increases. For smoggy metropolitan areas, such as Los Angeles, this is a great advantage. 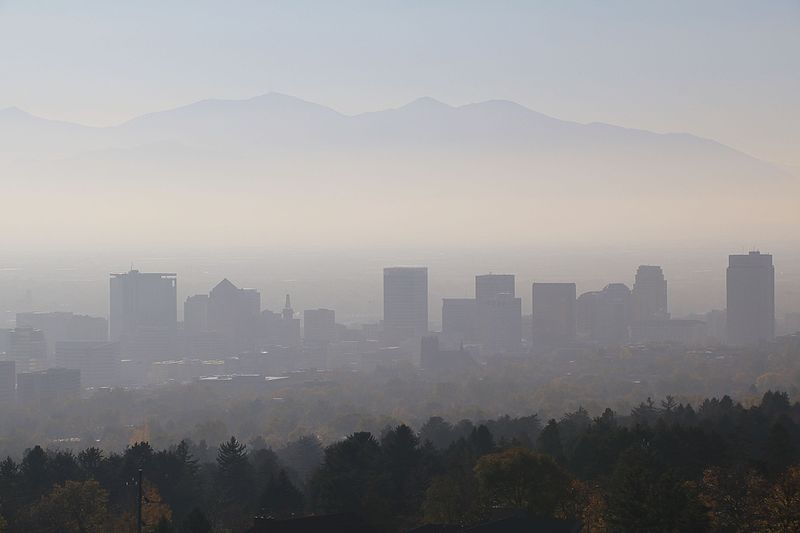 There are several disadvantages and oversold advantages to EVs. At first glance, it appears as though the EVs were better for the environment. Their real advantages are still limited, as most of the electricity in the United States still comes from fossil fuels, and so the power demand (and the pollution load) shifts from the tailpipes of combustion engines to large power plants. This disadvantage is becoming less important as more renewable energy, such as solar and wind power, are being installed.

Sometimes shifting the pollution away from urban areas is an effective stop-gap. Places such as Los Angeles and Albuquerque, which are located in valleys, are naturally capped. The atmosphere cannot mix, leaving a layer of brown smog trapped overhead. EVs reduce the tailpipe emissions, shifting it to power plants, perhaps ones not located in a valley with an atmospheric cap. The pollution is mixed higher and dispersed in the atmosphere, reducing the severe health effects associated with smoggy cities. While the amount of pollutants may not have decreased, their net effect on humans will have decreased.

Another environmental concern is related to the mining and manufacturing of battery components. One of the biggest technological challenges in modern times is developing long-lasting, light-weight, fast-charging, safe batteries with no “battery memory.” Instead, modern lithium-ion (li-ion) batteries require, well, lithium, and a collection of rare Earth metals such as neodymium, lanthanum, dysprosium and others. These minerals are sourced from open pit mines in just a few corners of the world. It is a valid argument that switching to EVs may be almost as damaging to the environment in the long term as simply using combustion engines. Furthermore, there may not be enough of these minerals on Earth to supply the battery needs for the growing demand for EVs in the future.

Probably the biggest obstacle to widespread acceptance of EVs is the lack of infrastructure required for use. There are only a few places, mostly out west, in the United States that have fueling stations. EV charging stations only really exist in major metropolitan areas. While new charging stations are being installed every day, they have a long way to go before they catch up to the availability of their fossil fuel counterparts. 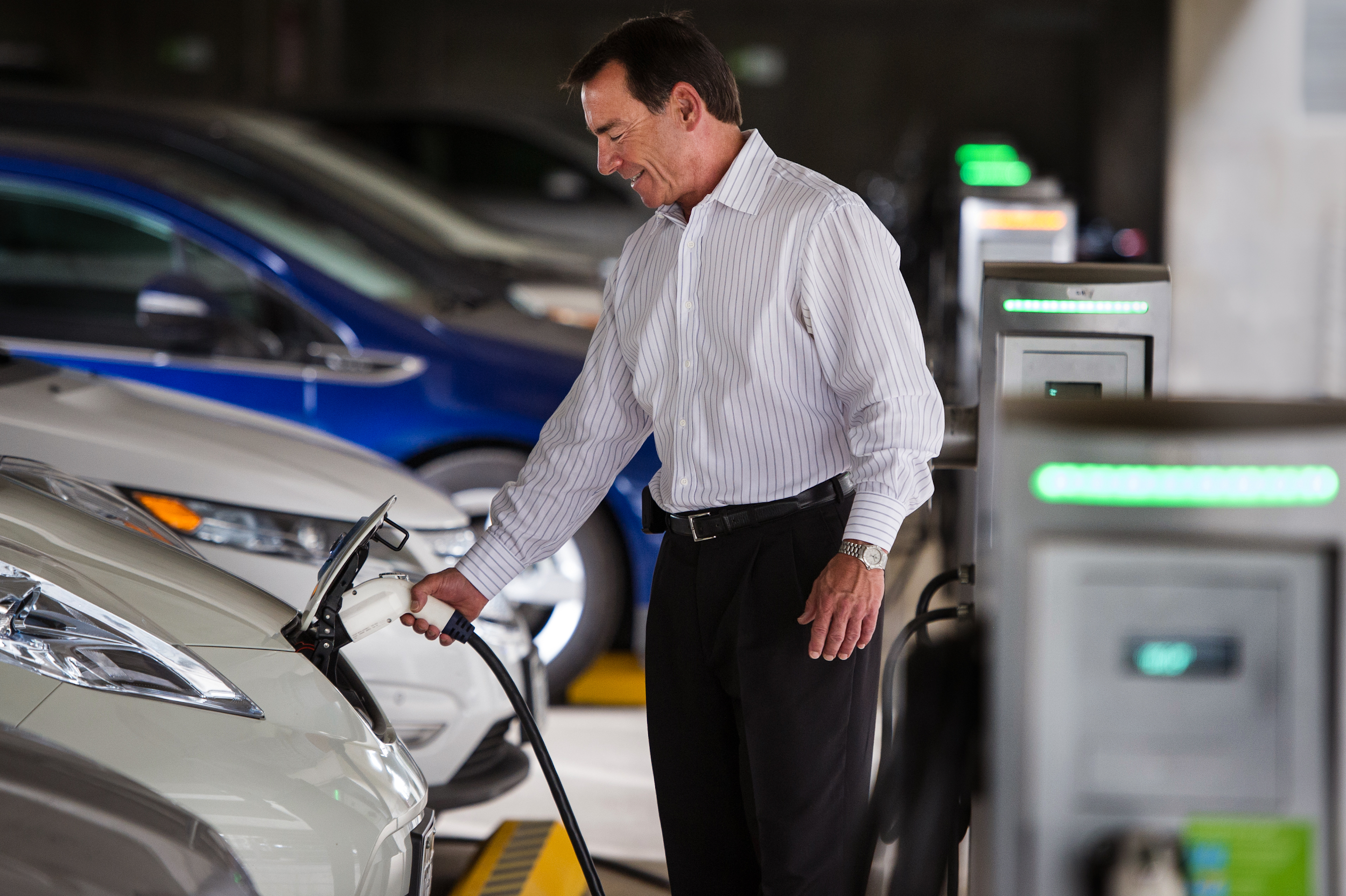 Figure 3. Plugging in an EV at an EV-equipped station.

The lack of charging stations is compounded by the wait time to recharge. Currently, there are three types of EV chargers, all of which have different power requirements and charging times. Table 1 compares these types of chargers.

These large charging times are not a problem for the average commuter. However, there is a certain freedom with a gasoline engine that is not realized with the EV today. The EV is not suited for long-distance travel at this time.

For example, if someone in Albuquerque wants to visit their grandmother in Dallas, 700 miles away, they can hop into their gasoline-powered car, drive halfway, stop at virtually any exit, fuel up in less time than it will take for their fast food to cook, and be back on the road again. A healthy driver can leave early in the morning and make it in time for dinner.

Modern EVs boast a 200 to 300 mile cruise before needing a recharge. When the driver stops, even if his or her car is equipped with a fast-charging DC charging port, they will need to wait three hours to recharge the battery. Perhaps they will have to make two or three of these stops along the way, adding six to nine hours to the drive. Suddenly, the drive to Grandma’s is at least an overnight trip.

The end result is that EVs will continue to infiltrate the market, perhaps at a slower rate than was advertised. Slow and steady, however, will win the race. Advances in electrical storage (battery) technology will improve the speed of charging, the cruising distance, all while lowering the overall cost. As they do, market forces will shift toward building more EV infrastructure, reaching farther into rural areas.

The gasoline engine infrastructure was not be built overnight; it has been years in the making. Manufacturers added cylinders, developed fuel injection systems, methods to capture and burn evaporated fuel, sense performance and adjust via computer the fuel to air ratio, all in an effort to make the modern gasoline engine. So it will be with the EV’s design and infrastructure.

In the not-so-distant future, EVs will be less of an oddity and much more commonplace. The automotive industry is embracing this future, and offering more EVs than before. Ford recently announced the release of its first electric Mustang, the Mach-E GT.

Sorry, this is biased reporting.

First, while there are presently more gas stations than charging stations, an ICE powered vehicle is just as useless without a gas station as an EV is without a charging station. And few with ICE vehicles can refuel at home, much less while relaxing or sleeping, like EV owners mostly do. Most ICE owners must endure the grubby and frequent indignity of pumping gas.

As pointed out, high power level-3 chargers offering recharge rates upwards of 150 mi/hr are becoming more available, and also make longer trips enjoyable when the chargers are co-located with other conveniences, like restaurants. Plug-in EVs, some with range extenders such as the BMW i3 Rex, and hybrid vehicles, such as the Toyota Prius, also make longer trips easy, albeit with a much-reduced reliance on gasoline. And these then support zero gasoline trips at the destination.

And yes, wind and solar are the fastest growing sectors of the electricity generation market. So as these substitute for coal and petro-gas, EVs will only get cleaner, while ICE cars will continue to contribute to the climate crisis.

Ultimately, EVs aren't the answer to our perceived need for hypermobility in the US. But electrification is an essential step for more efficient, enjoyable and competitive communities.

Take a good look in the mirror.

Virtually every assertion made in this article is wrong. For a simple one: electric car batteries do not use neodymium. Neodymium is used in permanent magnet electric motors, which notably are different from batteries, and also not all motors are permanent magnet motors. Many EVs use AC induction motors. This is high school level physics stuff.

Lanthanum is used in nickel metal hydride batteries, not lithium ion batteries. NiMH batteries are used in some conventional (gas-powered, not plug-in) hybrids, and not in fully electric vehicles or even plug-in hybrids.

EVs are also popular in places with clean electricity (Norway, California), and are cleaner than gas cars even when charged on dirty grids. As for them "not being popular," EV sales are roughly doubling every year, so the author apparently doesn't know much about trends either.

Finally, the idea that there's no infrastructure - which was probably written on a device that was currently using electrical infrastructure which the author had within arms reach at the time - is laughable. The author was certainly not within arm's reach of gasoline infrastructure, and if he was, he should probably take care not to spend too much time there for fear of the environmental effects of working near gasoline fumes all the time (actually, maybe that's an explanation for this article's low quality).

This is just a tiny start of the falsehoods in this article. The author is clearly incompetent and it's ridiculous that this site would publish such garbage.

Other devices that use neodymium: the author's phone, and the author's gas car's electronic power steering system.

Oh, and lanthanum, which isn't used in lithium ion batteries, *is* used in oil refining. Some have considered using lanthanum compounds as an anode in lithium metal batteries, but these are not commercialized and most use a graphite anode.

So if lanthanum is as scary as the author thinks (they aren't, he's just using words that he thinks will scare people, because he's not interested in honest discussion about this topic, rather scaremongering which is the essence of his article), then he should probably stop driving his gas car. And go get one of the many available EVs that he seems unaware of. If you're wondering where they are: they're at the dealership, go buy one.

Where's my electric vehicle? I've been driving one for over 8 years now. I haven't been to a gas station in over 8 years. 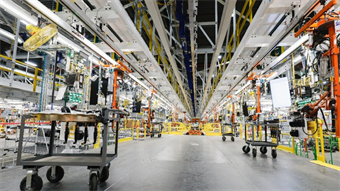 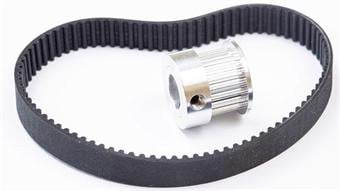 Fundamentals of timing pulleys and belts 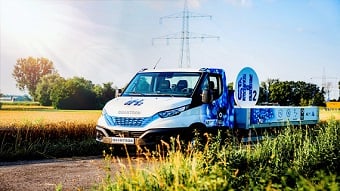