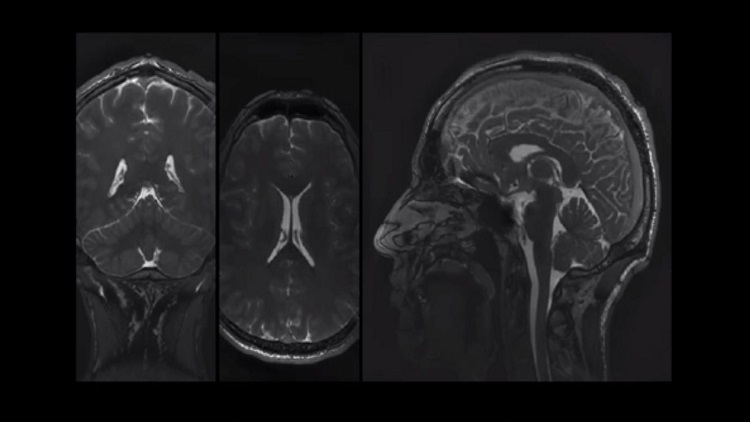 The 3D technique builds on previous advances in a 2D aMRI system devised by the researchers. A video motion-processing method is applied to visualize small movements of the brain at 1.2 mm3, the width of a human hair. The captured movements are then amplified up to 25 times so that clinicians can see them clearly.

Pulsating motions of the brain can be viewed and analyzed in real-time, giving insights into the biochemical responses of brain tissue. The images can help expand understanding of how fluid is driven around the brain and benefit research on a variety of brain disorders.

"The new method magnifies microscopic rhythmic pulsations of the brain as the heart beats to allow the visualization of minute piston-like movements, that are less than the width of a human hair," explained Itamar Terem, a research collaborator from the Stevens Institute of Technology in New Jersey. "The new 3D version provides a larger magnification factor, which gives us better visibility of brain motion, and better accuracy."

Scientists from Stanford University, the University of Auckland (New Zealand) and Queen’s University (Canada) also contributed to this research, which is published in Magnetic Resonance in Medicine.

By posting a comment you confirm that you have read and accept our Posting Rules and Terms of Use.
Advertisement
RELATED ARTICLES
New MRI Technique Used to Study Grey Matter Brain Changes After a Season of Football
Researchers Create Artificial Limbs that Can be Mapped in the Brain
Mind Control of a Robotic Arm
Using an MRI to 'Read Minds'
MRI: Led by Physics, Followed by Lawsuits
Advertisement