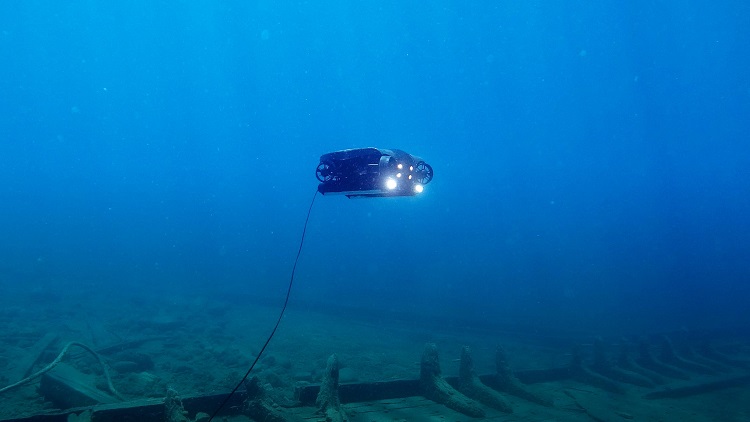 The technology from GE Hydro Solutions is engineered to inspect hard-to-reach areas of any type of hydropower turbines without dewatering the equipment. Accurate inspections can be conducted as needed with comparable results to dry visual inspection without requiring personnel to enter a turbine’s confined space. The ROV system can perform inspections between runner blades of a turbine within openings of less than 200 mm.

During validation trials, the underwater robotized turbine inspection vehicles assessed the condition of racks, intake gates, vertical and horizontal turbines and downstream gates at five hydropower plants in Canada. Insertion of a 360° camera between the blades of Francis runners allowed teams to visually inspect the distributor, runner and draft tube.

Erosion, cavitation, corrosion, impact marks and the presence of foreign bodies are documented by the ROVs, which provide real-time data as well as video for future analysis.

By posting a comment you confirm that you have read and accept our Posting Rules and Terms of Use.
Advertisement
RELATED ARTICLES
Wind/Hydropower Plant Set for Testing
Hydro turbines designed to benefit fish passage
High-Energy Piping: Where to Inspect?
How well-intentioned hydropower is threatening some of the last wild rivers
U.S. DOE Funds Next-Gen Hydropower Tech
Advertisement