Russian nuclear fuel manufacturer TVEL and Rosatom have initiated construction of a 300 MW nuclear power unit enabled with the innovative BREST-OD-300 lead-cooled fast reactor at the site of the Siberian Chemical Combine in Seversk.

The reactor will run on mixed uranium-plutonium nitride fuel, or MNUP, which has been specially developed for this facility. The Siberia installation is considered the world’s first experimental demonstration power unit featuring a lead-cooled fast neutron reactor.

The project marks the first time a nuclear power plant powered by a fast reactor will be built alongside closed nuclear fuel cycle servicing enterprises on one site. It will be an integral part of the Pilot Demonstration Energy Complex — a cluster of three interconnected facilities including the nuclear fuel production plant, the power reactor and a facility for irradiated fuel reprocessing. 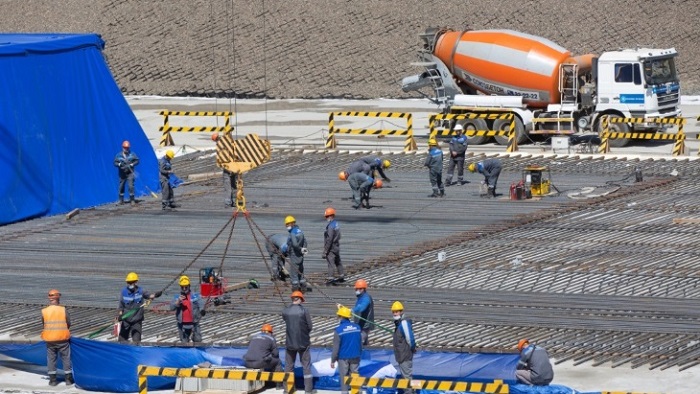 The fuel production facility and an irradiated fuel reprocessing module are scheduled to be built by 2023 and 2024, respectively, while the BREST-OD-300 reactor is expected to start operation in 2026.

According to TVEL, the BREST-OD-300 reactor will provide itself with its main energy component — plutonium-239 — by reproducing it from the isotope uranium-238.

Will there be any waste that must be stored for 50000 years? What are the characteristics of the waste?

Re: Lead-cooled fast reactor construction underway in Russia
#2
In reply to #1
Lehman57

I have to reply in qualitative terms since I don't have good numbers at hand. A fast reactor is about 100 times better than the thermal reactors many of us are familiar with. It can use the "waste" from a thermal reactor as fuel, thus using for energy the long-lived and highly radioactive transuranic elements. It has about 100 times less volume of waste that is highly radioactive for hugely less time. It can use as fuel the depleted uranium (U-238) that remains from making the enriched uranium needed for weapons--we have stockpiled tons of it. It does NOT use pressurized water for cooling.