Study examines pros and cons of hydrogen over electrification

A study by the Potsdam Institute for Climate Impact Research (PIK) found that hydrogen-based fuel is best suited for use in sectors that cannot be electrified, such as aviation and some industrial processes. These fuels are too inefficient and costly to produce and their availability is too uncertain for them to be a practical replacement for fossil fuels in many instances. For uses like powering cars or heating homes, for example, directly using electricity (battery electric cars or heat pumps) makes greater economic sense. Relying on widespread use of hydrogen-based fuels while perpetuating combustion technologies would potentially solidify fossil fuel dependency and greenhouse gas emissions.

"Hydrogen-based fuels can be a great clean energy carrier — yet great are also their costs and associated risks," said lead author Falko Ueckerdt from PIK. "Fuels based on hydrogen as a universal climate solution might be a bit of false promise. While they're wonderfully versatile, it should not be expected that they broadly replace fossil fuels. Hydrogen-based fuels will likely be scarce and not competitive for at least another decade. Betting on their wide-ranging use would likely increase fossil fuel dependency: if we cling to combustion technologies and hope to feed them with hydrogen-based fuels, and these turn out to be too costly and scarce, then we will end up further burning oil and gas and emit greenhouse gases. This could endanger short- and long-term climate targets." 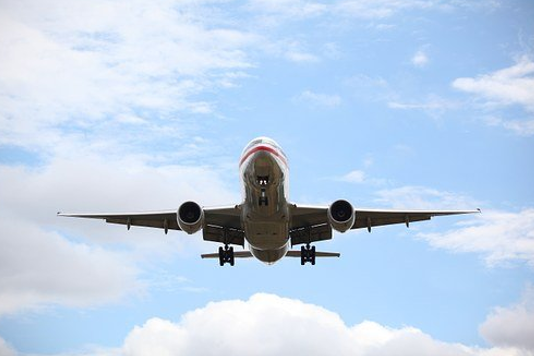 The study recommends prioritizing the use of hydrogen-based fuels in applications that have no other good clean alternative, such as long-distance aviation, feedstocks in chemical production, steel production and potentially some high-temperature industrial processes, according to Ueckerdt. "These are sectors and applications that we can hardly electrify directly."

The researchers created prioritization in "merit-order of hydrogen and e-fuel demand."

“Green” hydrogen is produced through electrolysis, breaking the stable H2O water molecules into hydrogen and oxygen. By adding carbon from CO2, the hydrogen can be used to synthesize hydrocarbon fuels. The appeal of these e-fuels is that they are easier to store than electricity or pure hydrogen and, because they can be burned in conventional combustion engines and processes, they can easily substitute for fossil fuels. However, producing them requires a lot of electricity. Thinking they can fully replace fossil fuels given their limited availability is wrong, said Gunnar Luderer, co-author of the paper.

A car running on hydrogen-based fuels requires five times more energy than a battery-electric car. Making efficient use of electricity, which is still far from 100% renewable, is key.

Based on a full lifecycle analysis that includes emissions associated with battery production, the researchers show that electric cars or trucks already cause greenhouse-gas emissions comparable to or lower than emissions from diesel or gasoline cars based on today's electricity mixes in most countries.

Even with 100% renewable electricity, the researchers calculate the costs using hydrogen-based fuels to avoid one ton of CO2 emissions to be currently 800 Euro for liquid and 1200 Euro for gaseous fuels, much higher than current CO2 prices in the European Emissions Trading Scheme, which are now below 50 Euro per ton. CO2 abatement costs could drop to about 20 Euro for liquid and 270 Euro for gaseous e-fuels with continued technological progress driven by CO2 prices, and subsidies and investment in hydrogen and related industries. If CO2 prices increase, hydrogen-based fuels could become cost competitive around 2040, too late for sectors with electrification alternatives.

Still, the study authors see a place for hydrogen-based fuels given the right conditions.

"Despite the uncertainties about future costs, hydrogen-based fuels have the potential to become a backstop technology for replacing all remaining fossil fuels around 2040-50. However, the realization hinges on substantial large-scale policy support and in fact subsidies for about two decades before business cases might be secured solely by increasing carbon pricing," said Falko Ueckerdt. "An overall policy strategy could rest on two pillars: First, broad technology support to foster innovation and initial scale-up including direct electrification. Second, substantial carbon pricing and an energy tax reform that together create a level-playing field for all technologies and thus a sensible balance between direct and indirect electrification."

Luderer believes the long-term vision of hydrogen-based fuels is promising. "Tapping into the huge wind and solar energy potential of the global sun belts, e-fuels can be globally traded and thus resolve renewable energy bottlenecks in densely populated countries such as Japan or in Europe. However, as international and national climate targets require immediate emission reductions, from a climate perspective direct electrification should come first to assure a safe future for all."

The study is published in Nature Climate Change.

By posting a comment you confirm that you have read and accept our Posting Rules and Terms of Use.
Advertisement
RELATED ARTICLES
Study: Chemical industry can reach the world's climate goals
Fueling the future of the internal combustion engine
P2X: The promise of sustainable fuels from atmospheric CO2
Watch: Offshore wind farm to power a cleaner chemical industry
What is renewable natural gas?
Advertisement