Fueling the future of the internal combustion engine 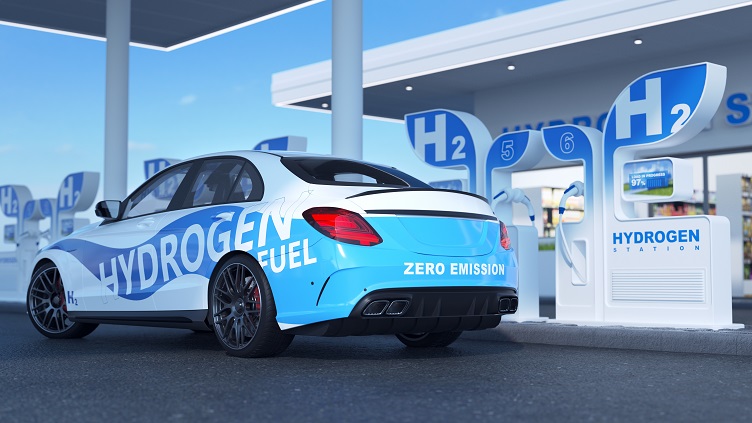 Hydrogen fuel cells may be key to helping ICEs continue to exist in an automotive market that is rapidly transitioning to electric. Source: AdobeStock

As the world steps up efforts to combat greenhouse gas (GHG) emissions and the impact of global warming, governments and the automotive industry are pinning their hopes on zero emissions vehicles (ZEVs), and in particular, battery electric vehicles (BEVs) to meet the Intergovernmental Panel on Climate Change's (IPCC’s) objectives of reducing carbon dioxide (CO2) emissions by about 45% from 2010 levels by 2030, reaching net zero around 2050.

However, while ZEVs will play a crucial role in achieving carbon-neutral road transport in the longer term, the reality is that fossil-fueled internal combustion engines (ICEs) are going to dominate for many years to come.

According to the International Energy Agency (IEA), the global EV stock across all transport modes (excluding two/three-wheelers) is set to increase from over 11 million in 2020 to almost 145 million vehicles by 2030, accounting for about 7% of the road vehicle fleet.

Extrapolating the predicted growth in EV sales, Bloomberg New Energy Finance believes that by 2040, 58% of global passenger vehicle sales will come from EVs. Nevertheless, they will still make up less than 33% of all the cars on the road.

With the remaining ICE-powered fleet continuing to emit significant amounts of GHGs through the combustion of fossil fuel — in the U.S. in 2020, vehicles burned around 123.73 billion gallons of gasoline and 35 billion gallons of diesel — carbon-neutral alternative fuels are set to play a pivotal role in reducing emissions.

Carbon-neutral is a term used to describe carbon-based fuels that when burned will not increase carbon dioxide in the atmosphere.

Even though several carbon-neutral fuels, such as bio-diesel, bio-ethanol and bio-butanol are currently available, these have unintended consequences that limit their use. Bio-ethanol for instance is an alcohol-based fuel made by fermenting and distilling corn, barley or wheat — it is difficult to justify the use of scarce agricultural land to produce crops for fuel.

It is for this reason that hydrogen (H2) and hydrogen ICEs (H2-ICEs) are attracting renewed interest. Not only is the combustion of the fuel relatively emissions-free, but it is also renewable.

Will hydrogen fuel the future of ICEs?

After pledging to continue investing in combustion technology, Japanese OEMs Toyota, Yamaha, Mazda, Kawasaki and Subaru last year declared their intention to "expand fuel options." As a result, Yamaha announced in early 2022 that it was developing a hydrogen-fueled 5.0-liter V8 engine for Toyota as part of the two firms' ongoing commitment to internal combustion.

Over and above being a renewable energy source, Toyota and Yamaha chose hydrogen for its many characteristics that make it ideal for use in H2-ICEs. These properties include high specific energy density, high flame speed, a wide range of flammability and clean burning.

Despite H2’s high energy density, it is subject to the same tank-to-wheel inefficiencies that apply to any other ICE powertrain. Compared to BEVs that range from 75% to 85%, combustion engine efficiencies typically range from 35% to 45%.

At the well-to-wheel level, the differences are even more pronounced: given the conversion losses in producing hydrogen from electricity, H2-ICE efficiencies drop to around 20% to 30%.

Hydrogen-fueled vehicles face several other technical challenges: engine backfire and susceptibility of hydrogen to surface ignition, somewhat reduced engine power, high NOx emissions and safety, and the problem of onboard storage of the fuel. Although partial solutions have been found to most of these problems, there is still no consensus on the best way of resolving these issues.

Furthermore, often cited as the primary drawback of H2 fuels is the difficulty in producing hydrogen without excessive production-related emissions, as well as the lack of fueling infrastructure. As with electricity generation, carbon emissions from hydrogen production vary widely. Low carbon green hydrogen is produced by the electrolysis of water. Electrolysis requires around 50 kWh of electricity to produce 1 kg of H2, so the carbon footprint of H2 produced via electrolysis is primarily tied to the carbon intensity of the electricity used. Produced using 100% renewable electricity, green H2 can provide an extremely low carbon fuel.

However, unlike carbon emissions from electricity generation that are chiefly linked to the geo-location of the energy source, “green” hydrogen can be produced from 100% solar and wind power in renewables-rich regions and delivered to any refueling station.

The discussion around hydrogen’s transportation and infrastructure has widened the debate on what would be the most appropriate way to use hydrogen. As an energy source, sustainable hydrogen opens avenues to produce other carbon-neutral fuels that overcome many of hydrogen’s technical problems. One such fuel — e-fuel is particularly attractive as it offers the potential of a “drop-in” replacement for current fuels.

Synthetic e-fuels that combine H2, produced from water electrolysis, with a source of carbon, such as from direct-air-capture (DAC), to produce synthetic or e-fuel (CO + H2) can replace traditional hydrocarbon fossil fuels without any modification to the engine or the logistic systems and equipment that have been developed to support current ICE-powered vehicles. And, of course, if produced using sustainable energy and DAC, e-fuel is deemed carbon-neutral.

However, e-fuel synthesis presents additional process steps and energy consumption, resulting in high capital costs and inefficient use of input energy compared to the direct use of electrical power. In addition to the relatively low efficiency, if the carbon source stems from DAC the energy required increases even further.

Still, despite the challenges, luxury car manufacturer Porsche sees e-fuel playing an important part in the short-term reduction of CO2 emissions. At full scale, the company expects to achieve a reduction in CO2 of around 85%.

The synthetic fuel being developed in partnership with Siemens Energy, AME, Enel and a Chilean petrochemical company using hydrogen, oxygen and CO2 captured from the atmosphere will be fully compatible with current hydrocarbon fuels. Being a direct drop-in replacement there will be no changes to existing transportation, storage and dispensing systems, and existing and future ICEs will be able to run on pure e-fuel or any percentage blend without any modifications.

Irrespective of the route taken to hydrogen and e-fuel production, electrolyzer technology will be key, not only for H2 production but potentially as a means for CO2 reduction and the manufacture of syngas or multi-carbon products. As such, electrolyzers used for e-fuel production may be reliant on low-cost power at periods of low demand or excess production. Indeed, the possibility of production being able to help integrate variable renewable power by operating at periods of high production/low demand is often cited as a benefit of e-fuels.

But, irrespective of the carbon-neutral, or mix of low carbon and carbon-neutral fuels, that finally come to the fore, it is clear that with little hope of any revolutionary technology breakthroughs to dramatically reduce tailpipe emissions produced by the ICE, a clean, economically viable fuel seems to be the only solution to reducing GHGs and slowing down global warming in the near future.

By posting a comment you confirm that you have read and accept our Posting Rules and Terms of Use.
Re: Fueling the future of the internal combustion engine
#1

One problem with using hydrogen as a fuel in an ICE might be hydrogen embrittlement. Hydrogen diffuses into metallic lattices causing cracks.