Watch a snake-bot swim through hoops

Scientists at Carnegie Mellon University have developed a snake-like robot with the potential for inspecting ships and underwater infrastructure for the U.S. military.

The robot, dubbed Hardened Underwater Modular Robot Snake (HUMRS), demonstrated its underwater prowess in a Carnegie Mellon University pool where it swam through hoops by manipulating its narrow, jointed body. 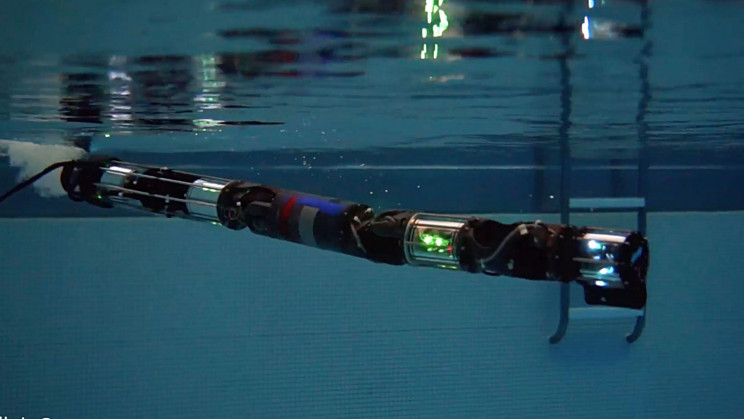 The Carnegie Mellon University team has developed HUMRS for the U.S Department of Defense to assist with inspections of submarines, ship hulls and other infrastructure that is difficult for personnel to inspect. Such inspections typically require divers to fit themselves into tight, potentially dangerous spaces.

Being able to detect issues with a ship at sea early on by deploying the snake robot could potentially save the boat from critical and expensive damage. The university team is also eyeing the technology for the maintenance of fluid-filled systems such as pipeline inspection.