On Nov. 23, Gov. Andrew Cuomo signed a law that banned the incineration of aqueous film forming foams (AFFFs) containing perfluoroalkyl and polyfluoroalkyl substances (PFAS). AFFFs have been largely phased out over the last decade in military, aerospace and industrial fire suppression systems, due to emerging evidence that PFAS exposure is carcinogenic. As a result, significant amounts of the material stand to be eliminated.

PFAS are a class of approximately 4,000 different compounds. They are sometimes called forever chemicals because they have extensive lifespans before breaking down. PFAS have been prevalent in many manufactured products over the past century, and one 2018 study estimated 99% of humans have measurable amounts of PFAS in their bloodstream.

AFFFs incineration was most prominently carried out throughout 2019 in Cohoes, New York, in aggregate kilns at a local aggregate processor and manufacturer. Community opposition grew as residents became aware of the materials processing, and preliminary evidence suggested the smoke from the process was actually spreading PFAS across the region. In April 2020 Bennington College reported high levels of PFAS in soil and water near the plant. Many cities and millions of citizens are located downstream along the Hudson River, including New York City.

The ban takes effect immediately in the city of Cohoes, and state politicians believe that the ban will expand to include other cities or the entire state. The incineration process was initially within EPA and state guidelines for AFFFS destruction. The state Department of Environmental Conservation continues to examine the site for further regulation.

By posting a comment you confirm that you have read and accept our Posting Rules and Terms of Use.
Advertisement
RELATED ARTICLES
Early registration for the AWWA Virtual Summit: Water Quality & Infrastructure
Study: Predictors of PFAS in groundwater
Cancer and Health Dangers from Toxic Fluorochemical Releases Around U.S. Air Force Bases
How to take the “forever’’ out of PFAS forever chemicals
Chemicals Found in Fast Food Wrappers, Non-stick Pots and Pans Linked to Weight Gain
Advertisement 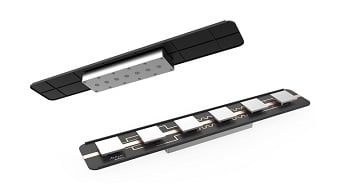